I was invited to watch a 20 minute sneak peek of DreamWorks’ Trolls & later attended a press conference with filmmakers & cast members Justin Timberlake & Anna Kendrick. All opinions are my own.

When I was younger, I was obsessed with those cute Troll dolls & their crazy hair. How can you not smile when you see one with bright colored hair & a jeweled bellybutton?! So when I heard that DreamWorks Animation was coming out with a Trolls movie, I was really happy & psyched to see what they would come up with!

From the creators of Shrek comes the most smart, funny, irreverent animated comedy of the year, DreamWorks’ Trolls. This holiday season, enter a colorful, wondrous world populated by hilariously unforgettable characters and discover the story of the overly optimistic Trolls, with a constant song on their lips, and the comically pessimistic Bergens, who are only happy when they have trolls in their stomach. Featuring original music from Justin Timberlake, and soon-to-be classic mash-ups of songs from other popular artists, the film stars the voice talents of Anna Kendrick, Justin Timberlake, Russell Brand, James Corden, Kunal Nayyar, Ron Funches, Icona Pop, Gwen Stefani, and many more.

Before I got to watch the sneak peak of DreamWorks’ Trolls, Co-Directors Mike Mitchell & Walt Dohrn gave us some background on the movie. Their goal was to make a movie that was an irreverent comedy, like what they had done in Shrek; however, the central theme in Trolls is of happiness.

Says Dohrn, “There’s a big idea here that we’re all born with happiness. We just sometimes need someone to help us find it.”

Well that certain someone in Trolls is Poppy, voiced by Anna Kendrick. Poppy is a pink troll, who is super happy, enjoys singing & loves to give hugs. In fact, she wears a floral watch that reminds her to hug every hour, on the hour! 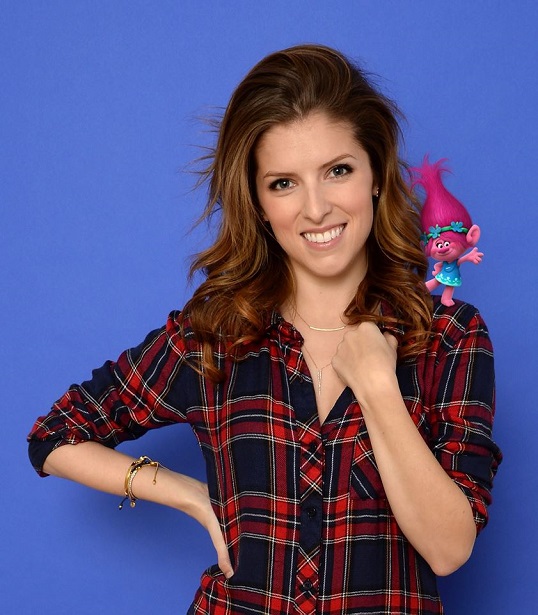 Trolls is filled with music & the executive producer for the film’s soundtrack is none other than Justin Timberlake! As I had mentioned earlier, Poppy loves to sing & I learned that Timberlake coached Kendrick during some of her singing sessions. When asked about working with Timberlake, Kendrick said “I would bet 95 percent of what’s in the movie is from my session with Justin because, as someone who’s a singer, he gives such specific notes that are so helpful that it just tightened it so much. And I felt like we got so much more kind of heart and mischief and sass from [me for Poppy].” 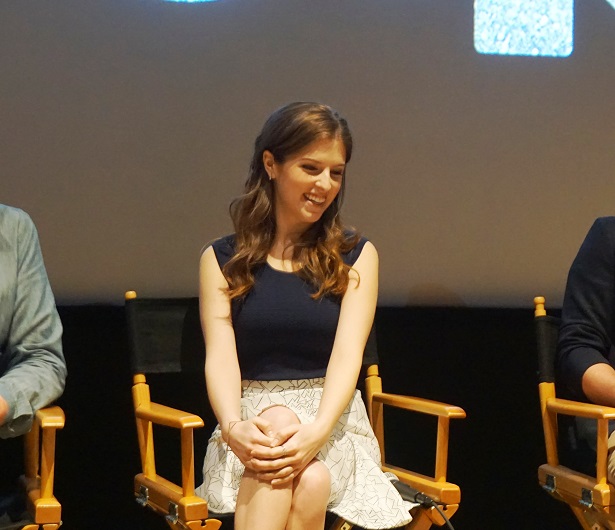 Speaking of Timberlake, not only is he the EP for the soundtrack, but he plays Branch, an over-cautious troll who lives in fear of the Bergens. He also happens to be the only Troll in the village who doesn’t sing, dance or hug! 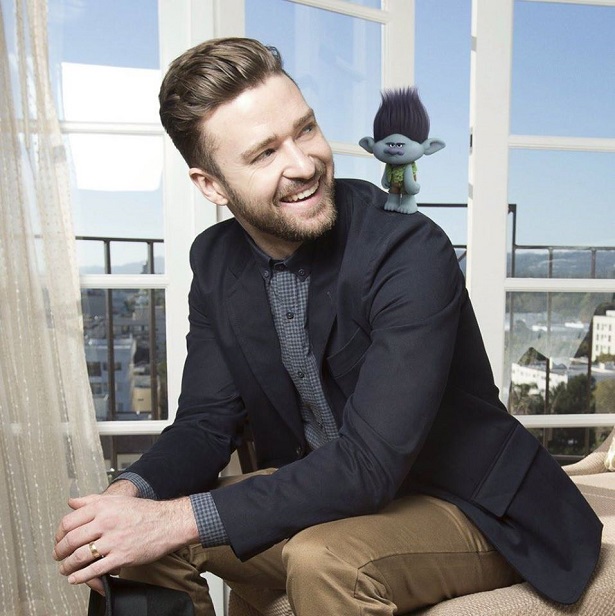 During the 20 minute preview, I heard a few cover songs in the movie, like “True Colors” & “The Sound of Silence.” When asked about the music, Timberlake replied “My job for that was to put our own spin on it, make it sound unique [and] make it sound like it belonged in the scene. So then I wrote four original songs, one of them that you may or may not have heard, which is in the movie as well, and specifically written for the movie.” 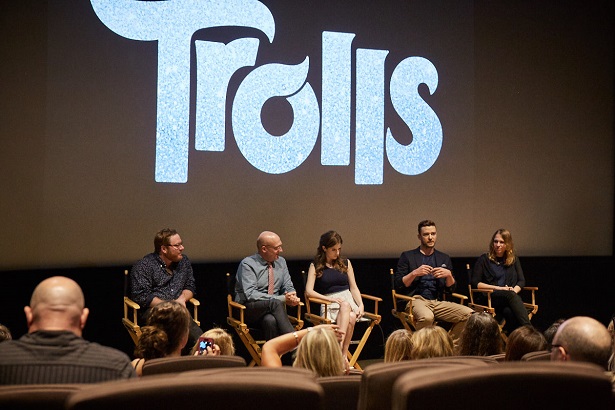 I can’t wait to watch this movie with my daughter when it comes out in November! The movie looks so fun. It’s bright, happy & filled with awesome music, like Timberlake’s new song “Can’t Stop the Feeling” which in my mind is the song of the summer. 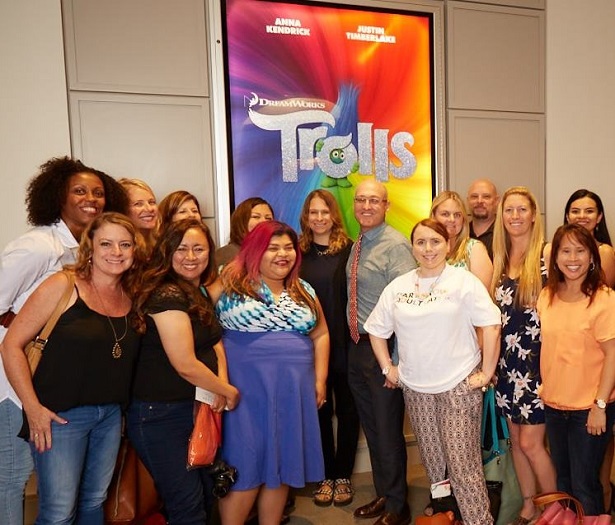 DreamWorks’ “Trolls” opens in theaters on November 4th!
Visit the official “Trolls” website here for more information.
Like “Trolls” on Facebook to get the latest updates.

Disclosure: No monetary compensation was received for this post. I attended a media event which helped facilitate this review. All images are my own unless otherwise noted. All thoughts & opinions are 100% mine.