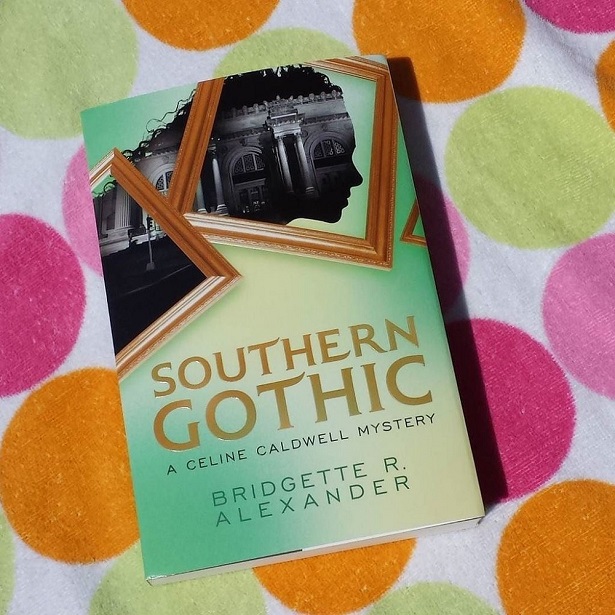 “Tell your mother to do as we say…or we go to the police.” Frightened by these chilling words of blackmail on the steps of the Metropolitan Museum of Art, 16 years old, Celine Caldwell is threatened as she raced from her tony school on Manhattan’s Upper East Side to her internship at the Museum. She wants to go screaming to her mother’s office at the Museum, where she just happens to be the powerful curator, Julia Caldwell, but Celine doesn’t dare tell her mother about the threats. These days she doesn’t tell her mom much. Their relationship has been strained once her parent’s divorce was finalized last year. Since then Celine’s mom work at the Museum ballooned into an obsession that placed Celine dead last.

The book reminds me a little bit of Nancy Drew mixed with Gossip Girl (due to the NYC setting). Celine attends a private school & the Metropolitan Museum of Art is a prominent setting in the book. Southern Gothic: A Celine Caldwell Mystery is written for young adults, 12-17 year olds, but I have to say that older adults (like me) will find it intriguing!

A couple of weeks ago, I caught up with author Bridgette R. Alexander at a Beverly Center book signing at Henri Bendel. 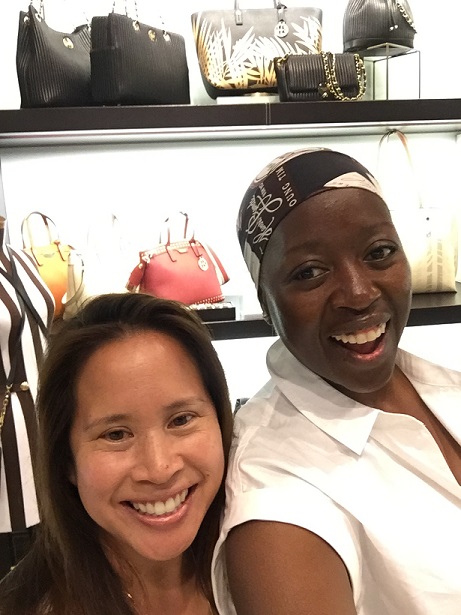 Bridgette’s work as an art historian has brought her to LA several times. So I had to ask her, what is your favorite art museum to visit while you are in LA?

Bridgette: My favorite one, hands down, is The Getty. The physicality of it is amazing!

Southern Gothic: A Celine Caldwell Mystery is the first book in a new series. According to Bridgette, she’s already got the second, third & fourth books written. She hopes to release the second book next spring.

Real Mom of SFV: What made you decide to write a mystery as opposed to another genre like romance or historical fiction?

Bridgette: [Mysteries] really lend themselves to the dynamics of people & how we interact with each other. With the Celine Caldwell mystery series, you’ll see how the character evolves. When there is mayhem, you’ll see the test of the character.

Real Mom of SFV: Tell me more about Celine & the relationship she has with her mother. As a mother of a young tween, the mother-daughter relationship in the book fascinates me.

Bridgette: When you first meet Celine, she is unsure of herself & she’s uncomfortable in her own skin. Celine is not interacting with her mother in a way that she feels comfortable enough. The anger & issues that she has towards her mother, that really impedes on her. Then a moment of upheaval happens & it compels her to come into her own. So that by the end of the story, Celine starts to [understand] the complexities of her mom that she didn’t see before & then she starts to realize a lot about herself & her own strength, that she didn’t know she had.

What I especially like about this book is that it introduces art to the YA audience in an exciting way. It’s an easy breezy, beach read with substance; an eye-opening look into the art world viewed by a sixteen year old. I look forward to the next book in the series & can’t wait to see what new adventures Celine gets into & where her journey will take her! 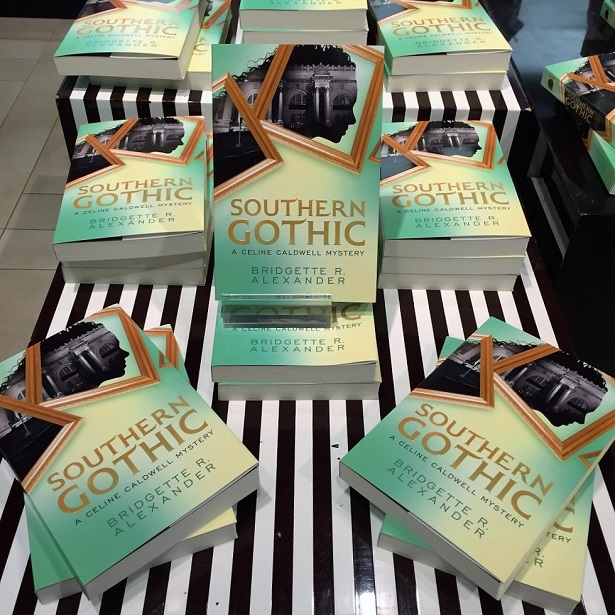 You can purchase Southern Gothic: A Celine Caldwell Mystery wherever books are sold. If you’d like more information, check out the Celine Caldwell website, where you can view the book trailer & find out where the next book signing event takes place!

Disclosure: No monetary compensation was received for this post. I received a complimentary book which helped facilitate this review.  All images & opinions are 100% my own.