A brand new Sharky’s Woodfired Mexican Grill opened up in Studio City earlier this month. The location is in the heart of the city, at the corner of Ventura Blvd & Coldwater Canyon, in the former space of the iconic Twain’s Restaurant. 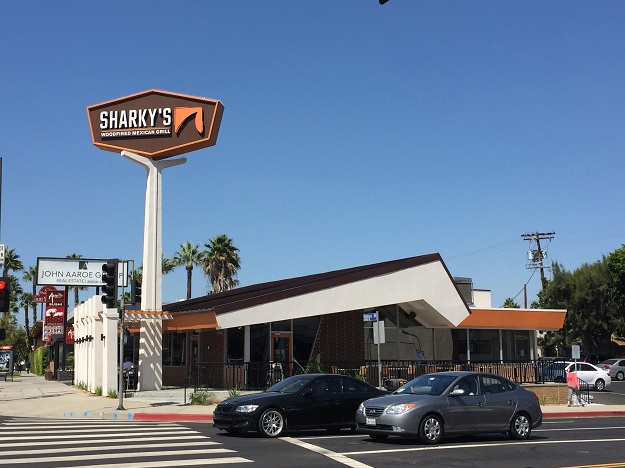 The restaurant features Sharky’s classic favorites like burritos, tacos & quesadillas. However at this new Studio City location, they are rolling out with an exciting new breakfast menu! 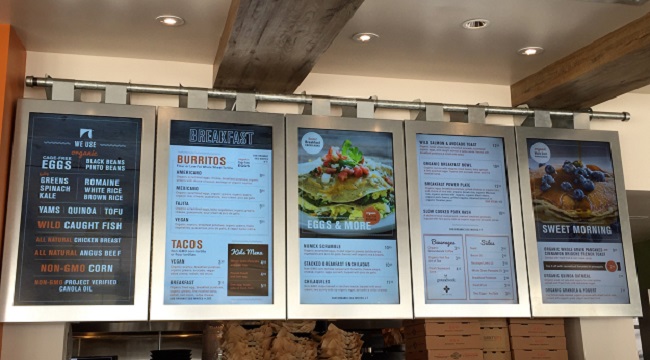 I was invited to preview their brand new breakfast items & upon arrival, I honestly wanted to order everything! Not only do they have feature traditional American cuisine (think pancakes or French Toast), but it’s with Sharky’s signature flair – like Organic Whole Grain Pancakes or Cinnamon Brioche French Toast. However what caught my eye at first glance was Sharky’s Wild Salmon & Avocado Toast. 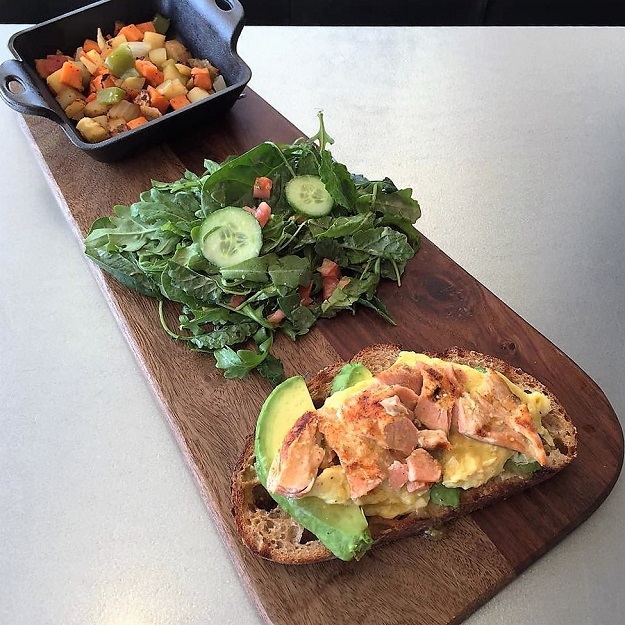 Let me go on record by saying that their avocado toast is on point! As someone who is a big fan of Sharky’s Wild Salmon Power Plate, I was intrigued by how the salmon would taste on something as beloved in America as the avocado toast. Usually I’ve seen it plain or topped with tomatoes or an egg. Let me tell you that it not only tastes delicious but it’s really filling since it’s paired with breakfast potatoes & a small salad. So good!!

I also sampled the chilaquiles, which if you follow my Instagram, you’ll know that in my family whenever it’s featured on the menu we have got to try it! 🙂 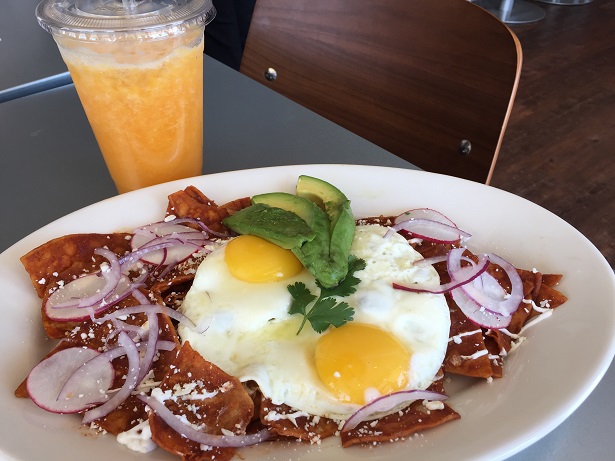 It’s flavorful & packed with yumminess – avocado, cotija cheese, tortillas chips & two sunny side up organic eggs. My hubby took one look at the video from that day & wanted to know when we were going to go back as a family. I mean, look at this runny egg goodness… 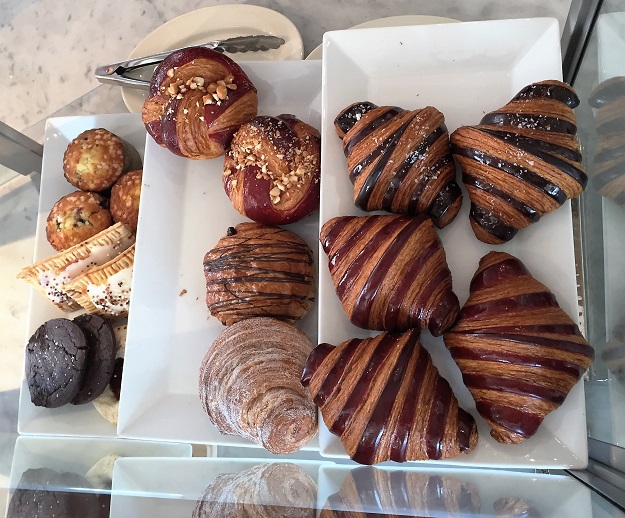 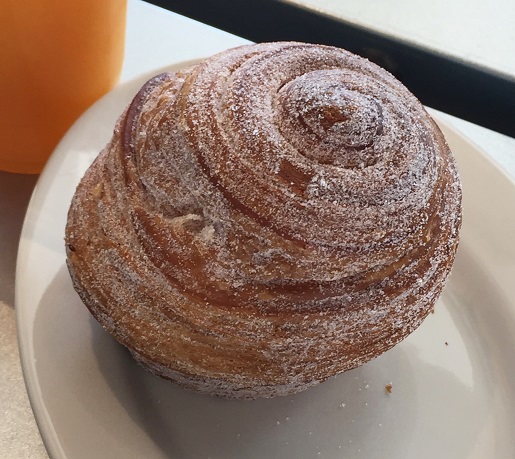 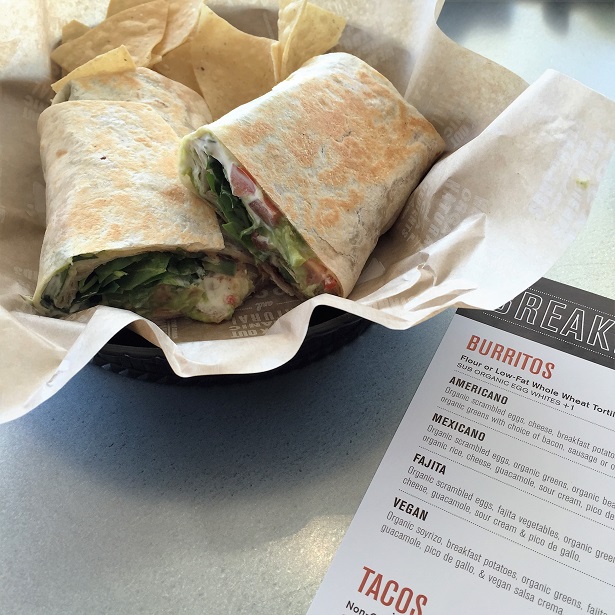 Craving something that is sweet yet healthy? Then Organic Granola & Yogurt would be a good choice! 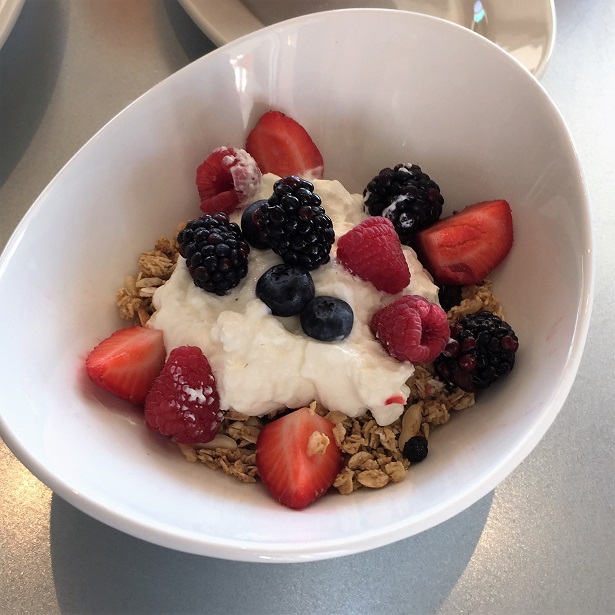 If you’re ever in this area of the Valley, then you’ll want to check out the new breakfast menu at Sharky’s Studio City. There’s something for everyone!

Disclosure: No monetary compensation was received for this post.  I was invited to a media preview which helped facilitate this review. All images & opinions are 100% my own.