The following post is sponsored by STOMP Out Bullying. All opinions are 100% my own.

Bullying is an issue that concerns many parents. As a mother of a young daughter, I hope that she doesn’t fall victim to it. However in this day & age with cyberbullying, it’s important to recognize the signs & know how to handle it.

There are several different types of bullying. It can include physical & verbal aggression, hazing, social exclusion, rumor spreading & cyberbullying. What is the difference between a kid being mean or being a bully? Bullying is intentionally aggressive behavior, repeated over time, involving an imbalance of power. Kids who bully will keep doing it, with no sense of regret, even when targets of bullying show or express their hurt or tell them to stop.

Did you know that October is National Bullying Prevention Month? STOMP Out Bullying is an organization that aims to put an end to this crisis by creating bully prevention education in schools & online. 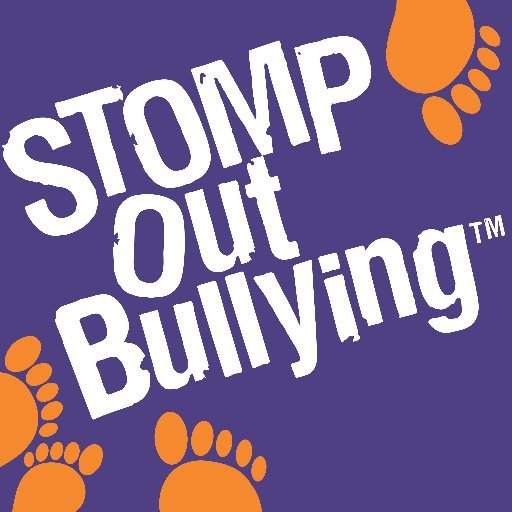 As parents, we can educate our children about the effects of bullying. It’s important to have an open dialog with our kids so that they are aware of what can happen & how to handle these situations. Listed below are four suggestions that you can share with your child on how he or she can stand up, make a difference & stomp out bullying.

Report Bullying
Don’t be afraid to tell an adult, such as your parents, teacher, school counselor, school nurse, coach or any adult that you trust. Be sure to tell exactly what happened – who was bullied, who the bully was, where & when it happened.

Show Kindness to Someone Who Is Being Bullied
Be there for the person who is being bullied. Be a supportive friend & include them in activities, play with them at recess or sit with them during lunchtime. Treat them with the kindness that you would want to be shown if you were in their position.

Check out what actress Emily Osment has to say about showing kindness.

Stand Up to the Bully
If you feel safe & comfortable, tell the bully that what they are doing is mean & wrong. Keep it simple.

For example, if someone verbally or emotionally bullies you, look them in the eye & say “STOP IT NOW” & then walk away. Even if they are bullying you as you walk away – keep walking.

Learn to Let Go
If you are the one who is left out of a group or being bullied, chances are that someone you thought was your friend, has joined the bully’s side. This will leave you feeling hurt, sad & confused. But the bottom line is how much of a friend could they have really been if they’re doing this to you? It’s time to say “bye Felicia” to that person, find other friends or maybe join new groups or clubs at school.

On a personal note, I had my own experience with this issue in high school. It was during my freshman year at a small private high school. I was elected the freshman class president & things were going well until one day a few classmates felt that I wasn’t doing enough in my role as class president. The grumblings grew louder & there were whispers among the class that I should be “impeached.” Several of the boys said really hurtful & cruel things about me for several months. Those students even started a petition to have me removed as class president, circulating it around to the other students in the class. I found out that a lot of freshman were pressured into signing it but my close friends did not.

All of this had me feeling really upset about being at the school. At one point I asked my parents if I could go to another school after my freshman year was over. I never told them the exact details about what happened, but they knew I was unhappy with my situation at the school. I ended up going back for my sophomore year, having found out that the main troublemaker would not be returning to that school. It took some time to get over that whole ordeal, but by my senior year of high school I was able to look back on it with a new perspective.

October 3rd is blue shirt day, where many of us will be wearing a blue shirt in solidarity to raise awareness of anti-bullying programs. Today is the day that you can also talk to your family & have an honest & frank discussion about this issue. 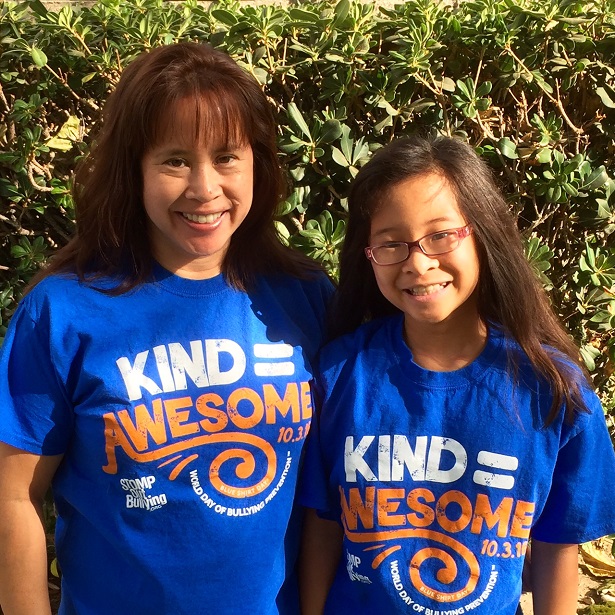 For more information on STOMP Out Bullying, visit their website here: http://www.stompoutbullying.org/