This post was written by guest contributor Mary Lansing.

Back in the day, family television ruled the airwaves. When I was growing up, there was rarely a network television show in prime time I could not watch or peek in on with my Grandma.

I was reminded of the importance of family television when I got the opportunity to visit the set of Dr. Ken, as well as watch their Halloween episode, on The Sony Studios lot. 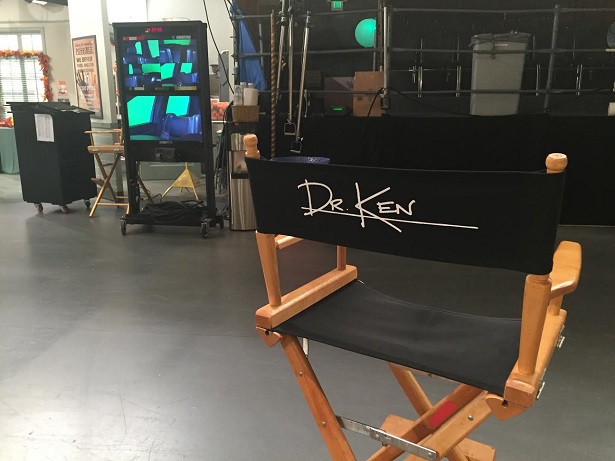 Dr. Ken stars Ken Jeong and follows the life and times of Dr. Ken Park. During the day, Dr. Park practices at his (dare I say, not the greatest run) HMO clinic. He then heads home to his family: his therapist wife, Allison, and their two kids, Molly and Dave.

This Friday, Dr. Ken will be airing their very special Halloween episode. When I say this is a groundbreaking turn for television and the Korean-American community, I truly am not kidding. When was the last time you watched a show about Korean-Americans, telling a traditional Korean ghost story?

In “D.K.’s Korean Ghost Story”, Allison is having a hard time since her and Ken’s youngest, Dave, is at the age where he is “too old” to take part in the festivities and instead, is answering the door to the youngsters trick or treating (complete with hilarious one liners from Dave, portrayed by Albert Tsai). Upstairs, teenager Molly (Krista Marie Yu, who has such a great presence in her scenes), is dealing with the fact that her friends “no costume” party suddenly just became costume required and hilariously models several possible outfits throughout the episode.

Since Dave is such a grown up young man now, he certainly is ready for a good gwishins (Korean term for ghosts) story! That’s what Grandpa D.K. (Dana Lee, who plays Ken’s Father) thinks, anyways, and down Dave and Ken sit to hear this “kids” story.

Soon, we are in the world of an 11-year-old Korean boy (played by Jeong!) attempting to get to school but, instead, caught by gwishins and sentenced to be their lunch. While many laughs and mishaps unfold (this is a comedy, after all), we are reminded that we all feel like kids sometimes, and that it is ok to want your Mom and ask if you need a hug. Family is there for us.

Already able to see how talented this cast is, it was an absolute honor to sit down with them and learn just how important this series is to them all. 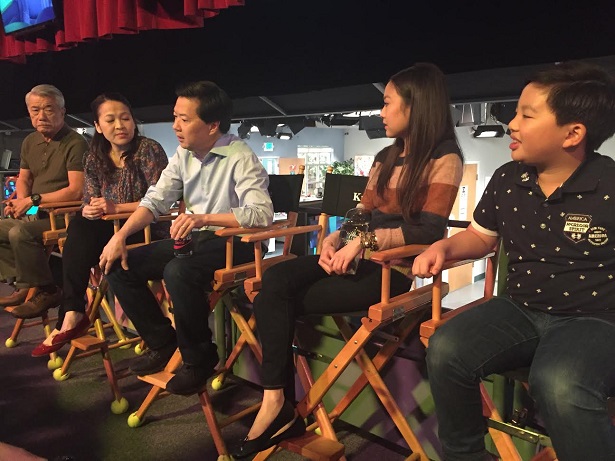 While Jeong co-created, produces and writes Dr. Ken, little did I know how close to home this venture is for him. In between landing breakout roles in The Hangover trilogy and Knocked Up (remember him as the doctor badgering Katherine Heigl on how many cigarettes she’s smoked in her life?!), Jeong was also a practicing MD here in Los Angeles! Having received his MD degree in 1995, this Detroit native found himself working days at such notable hospitals as Kaiser, and, performing his stand up and acting by night.

With that impressive background, Jeong is very careful that “even if the audience is not aware, we are” that all stories regarding medical treatment and his patients on Dr. Ken are true, possible diagnosis. “It’s important that all cases checkout.” he explained while sipping his Coke Zero.

“I grew up as a fourth generation Asian-American”, Yu shared with us, “And what I love about this show is that I am not focusing (on my ethnicity) at all on that, but, rather, Ken and Allison being great parents, D.K. a great Grandpa and Dave….is the annoying little brother!” After some giggles over that very accurate statement, Tsai agreed with what Jeong mentioned earlier: “Like what Ken said, it’s not like we’re only focusing on Asian everything. A lot of it is normal family stuff.”

Dr. Ken’s Halloween episode airs THIS Friday, October 21st at 8:30pm on ABC. Dr. Ken is such a terrific portrayal of a family getting through the ups and downs of life, and this homage to Korean gwishins will be a half hour you won’t want to miss!

Thanks Sony Pictures Television for hosting this event. This was such a fun experience! 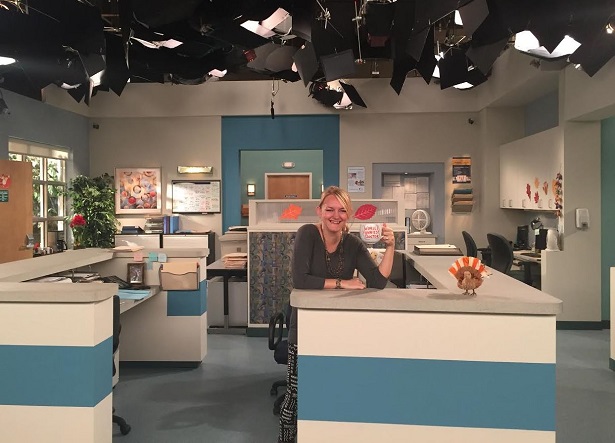 Disclosure: This post was sponsored by the Role Mommy Writer’s Network. My contributor, Mary Lansing, attended this media event. All images & opinions are her own unless otherwise noted.