Earlier this week I got to tour the set where the show is filmed on an LA soundstage. Special thanks to Role Mommy Writer’s Network for sponsoring this visit!

I also chatted with members of the cast & spoke to Wendy Walker, who is an executive producer of Notorious. Here are five fun facts about the show!

1) The show was conceived by Wendy Walker, a former senior executive producer of Larry King Live.

Wendy worked at CNN for 32 years & during 18 of those years, she worked side-by-side with Larry King as a senior EP for his talk show. She had always wanted to do a scripted series & when Larry King Live wrapped, the concept for Notorious was the first idea that came to mind. She immediately called Mark Geragos, who she booked regularly on Larry King Live. He was on board with the idea.

Wendy Walker: There’s a lot of shows about law & there’s been shows about TV news, but it [was never covered in this way] – you don’t look at the decisions behind the scenes, why did they pick that story, how did they decide what to cover & who are the guests.

If you’ve watched the news, then chances are you’ve seen Mark Geragos, a high-powered defense attorney who has represented Chris Brown, Michael Jackson & Winona Ryder, just to name a few. I was curious to know if Daniel got to sit in on any court cases with Mark or visit him at the law office.

Daniel Sunjata: He’s a very busy trial lawyer but I talked to Mark prior to filming. Wendy Walker is frequently on set & she is always a great source of reference [to describe] the nature between herself & Mark.

Although Daniel plays a fictitious character, the producers wanted him to emulate the same “tone” that Mark Geragos is known for which is his media savvy.  Said Daniel, “He knows how to work the media. The guy has done this a million times & he knows exactly how to create a sound bite. Jake (his character) is fortunate to have the connection with TV producer Julia (Piper’s character).”

3) Piper Perabo would have made a great television producer.

Wendy took Piper to CNN in Atlanta & Piper got to sit in the control room during breaking news. Said Wendy, “She asks a lot of questions. She is very organized, the way she studies her scripts with highlighters & sticky notes. She’s a total nerd like me, everything is organized.”

According to Daniel “My approach to the craft [of acting] couldn’t be more different from Piper’s. Piper has binders & she takes copious amounts of notes. She is very detailed oriented.”

4) This is J. August Richards sixth time being cast as a lawyer! 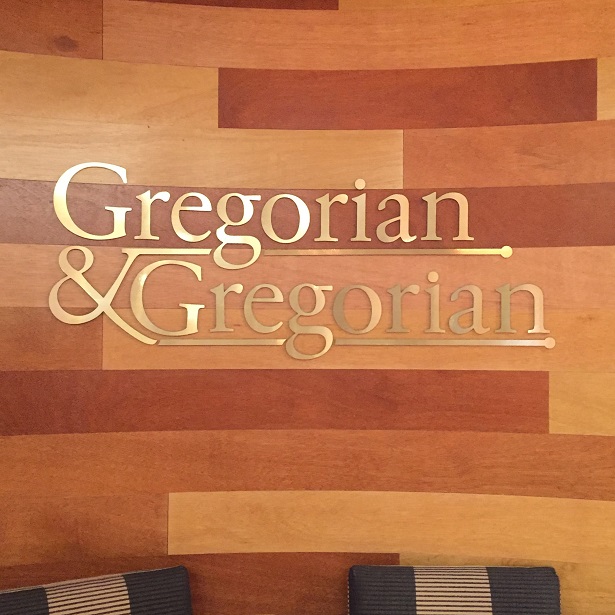 This is his first time playing a defense attorney which is different because the objective is totally different. Said J. August, “When I’ve played prosecutors in the past, I always made a backstory where the character was robbed of justice & now they are trying to find justice again.” To prepare for his role as a defense lawyer, he read Mark Garagos’ book “Mistrial.”

5) This is a dream role for Kate Jennings Grant.

Kate’s character is Louise Herrick, the host of “Louise Herrick Live” (LHL). Prior to filming, she visited CNN & visited the control room. She found the whole experience exciting. Kate’s dream when she was growing up was to be a reporter.

Kate Jennings Grant: I used to do fake news broadcasts with my brother. I’d make him do sports & weather and I’d save the lead stories for myself. My grandmother would record us. It’s always something that I wanted to do. 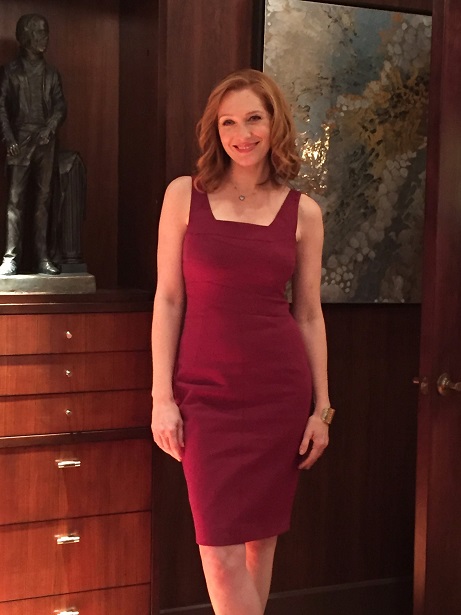 Having watched the first three episodes of Notorious, I found it to be entertaining. The storylines are intriguing – there is murder, mystery, office politics & steamy scenes between characters. It all makes for a very compelling & fast-paced hour of television.

Here is a sneak peek of tonight’s episode:

“Notorious” airs on ABC on Thursdays at 9pm.
Visit the ABC website here for more information.