The Nut Job 2: Nutty by Nature opens in theaters this Friday. Lovable rodents, Surly (Will Arnett), Andie (Katherine Heigl) & Buddy, along with Precious the pug (voiced by Maya Rudolph) are back in this wacky sequel. Newcomer to the franchise, Bobby Moynihan, plays the evil Mayor Muldoon of Oakton. The Mayor along with his spoiled, redheaded daughter, plan to bulldoze Liberty Park & replace it with Libertyland, an amusement park that he builds on the cheap.

This past weekend, my daughter & I caught an early screening of the film, plus we attended a fun event hosted by The Moms! 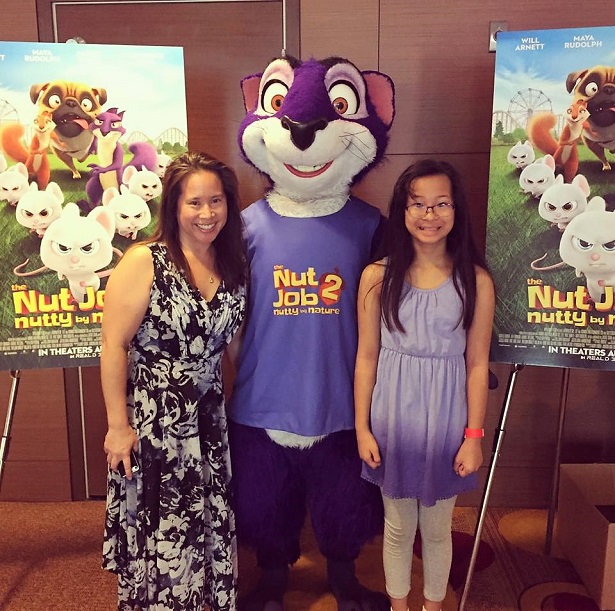 Surly Squirrel (Will Arnett) and the gang are back. We are once again in Oakton where the evil mayor has decided to bulldoze Liberty Park and build a dangerous amusement park in its place. Surly and his ragtag group of animal friends band together to save their home, defeat the mayor, and take back the park.

Prior to the movie screening at LA Live, we met up with other mom bloggers & their kids at a nearby hotel conference room. We were treated to a yummy breakfast hosted by The Moms, posed for pics with Surly & then we got to meet The Nut Job 2: Nutty by Nature cast.

Denise Albert & Melissa Musen Gerstein host really fun Mamarazzi events & this panel discussion, made up of comedy actors, had both kids & parents laughing throughout. Stand-up comedian Gabriel “Fluffy” Iglesias, Bobby Moynihan (of Saturday Night Live), Maya Rudolph & Will Arnett talked about parenting, the voice over process & how they relate to their characters.

When asked what is the message of The Nut Job 2 movie, this is what Maya & Will had to say…

What's the message of the #TheNutJob2 movie? Listen to the interview snippet to hear what #MayaRudolph & #WillArnett have to say! #ad 🎤 🎬 🥜 Stay tuned for my movie review + cast interviews. It will be posted on the blog later today! #NutJobMOMS #TheNutJobMovie

After the Mamarazzi interview ended, my daughter headed straight over to Gabriel, who had his chihuahuas with him. Kids sure love those little dogs! 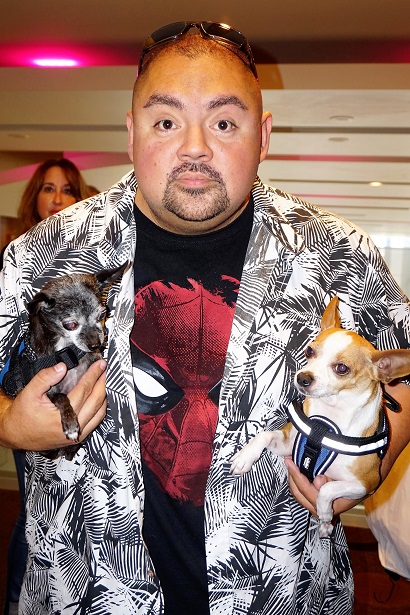 Now my kiddo is not old enough to watch Saturday Night Live, but she’s watched the “Star Wars Undercover Boss” parody on YouTube several times. So when she saw Bobby Moynihan, she mentioned it to him & he was so sweet to her! 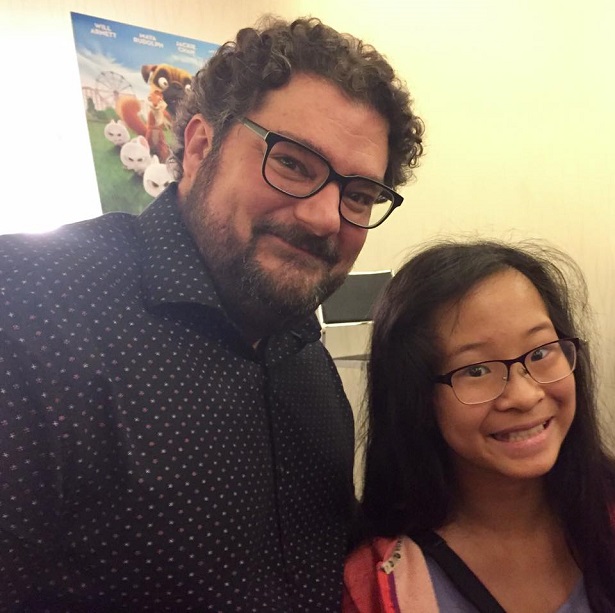 The Nut Job 2: Nutty by Nature is fun & entertaining. If your kids liked the first one, then they will definitely enjoy the sequel.

Thanks to The Moms for hosting this super fun event!

Disclosure: No monetary compensation was received for this post. I attended an advanced screening of the movie & a media event which helped facilitate this review. All images & opinions are 100% my own.