Last week I arrived at Sur La Table to meet with the director of Little Italy. 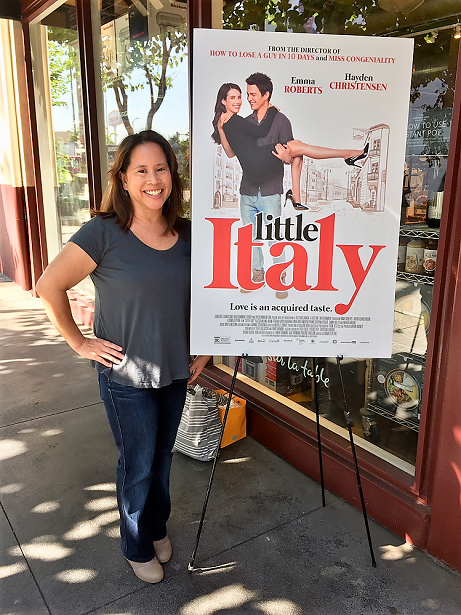 Donald Petrie has made a career out of directing romantic comedies. His latest film, Little Italy, is set in Toronto & has a fantastic cast. 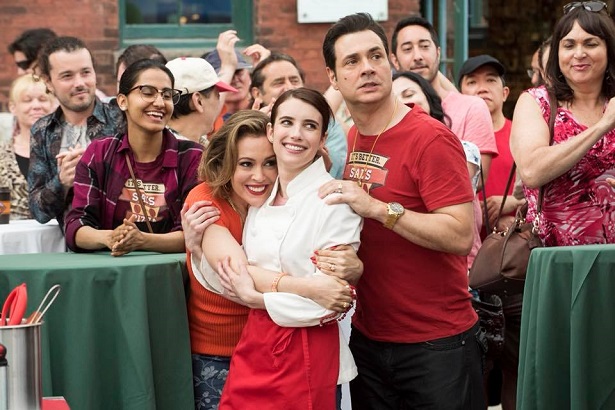 The director of How to Lose a Guy in 10 Days and Miss Congeniality serves up a delicious new comedy topped with passion, playfulness, and pepperoni. Former childhood pals Leo (Hayden Christensen, Star Wars series) and Nikki (Emma Roberts, We’re the Millers) are attracted to each other as adults—but will their feuding parents’ rival pizzerias put a chill on their sizzling romance? The tasty all-star cast also includes Alyssa Milano (“Charmed”), with Danny Aiello (Do The Right Thing), and Andrea Martin (My Big Fat Greek Wedding).

The characters in the film banter & argue over a decades old feud, placing their (now grown) children in an awkward position. 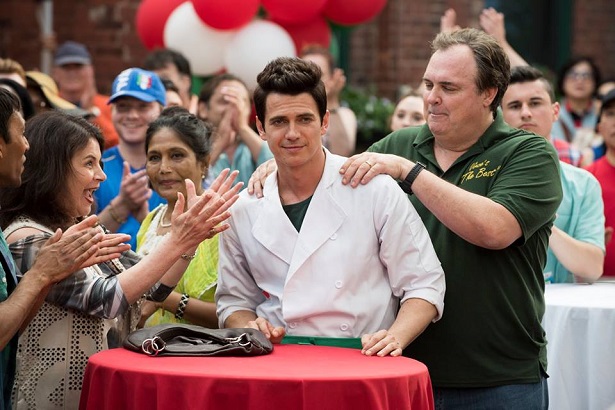 Nikki & Leo are forced to examine their feelings about each other, but you’ll also want to keep an eye on their Nonna & Nonno (Grandma & Grandpa) as there’s clearly something going on between them! 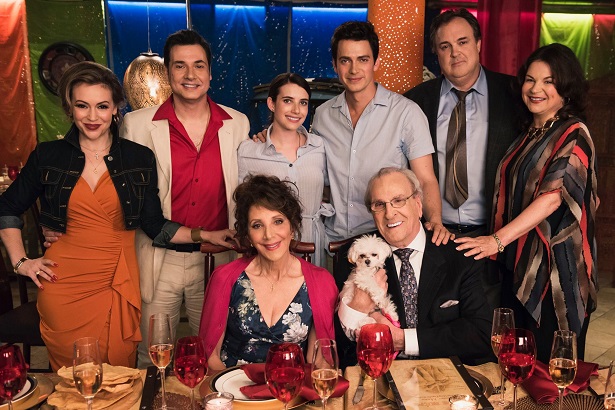 Years ago, Donald Petrie directed a film about pizza featuring the aunt of Emma Roberts. That’s right, Donald directed Mystic Pizza with Julia Roberts! So why did he choose to direct Little Italy? Said Donald, “I look for certain things. I look for ‘does it make me laugh & does it make me cry?’ I want a full emotional journey.” 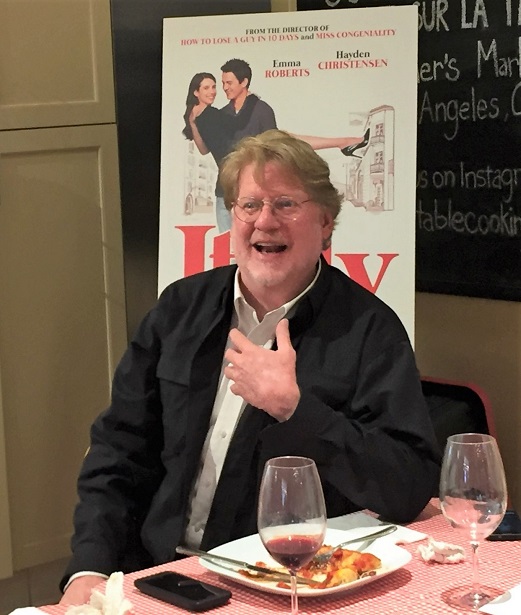 When asked about the cast, Donald said that when he came aboard the project, no one was cast yet. Adding, “We heard that Emma was interested & she had mentioned that she wanted to work with Hayden.”

What was it like working with the cast?
Donald: When you think of Hayden, you don’t think of him for a romantic comedy role, he’s done so many serious roles. On the first day of shooting, Hayden said “I’ve smiled more in this movie, then I’ve smiled in my whole career.”

You worked on Mystic Pizza & now Little Italy. What is it about the pizza shop culture that drew you back in?
Donald: [I wanted to] recreate that pizza shop atmosphere in a romantic comedy.

Speaking of pizza, while at Sur La Table, we had the opportunity to make our very own pizzas to celebrate the film’s opening! 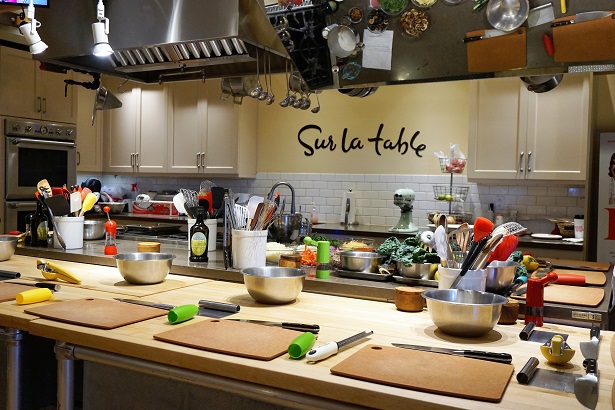 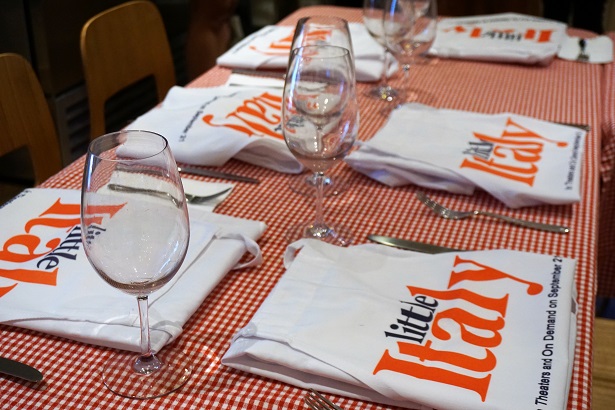 I had a blast chopping kale for our salad & mincing garlic for the salad dressing. 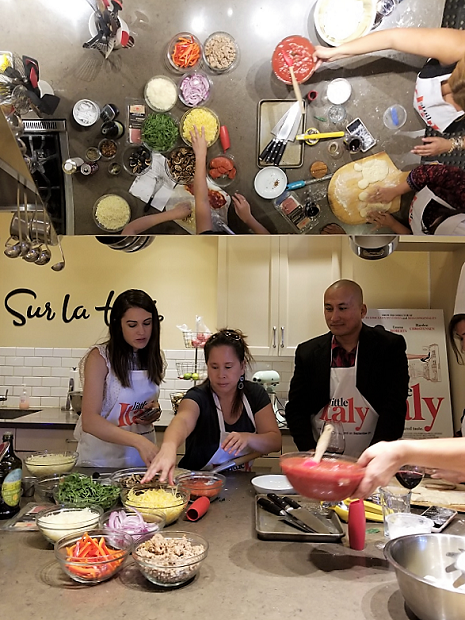 I also learned that when placing arugula on a pizza, you should wait until after it is baked in the oven & then you can sprinkle the arugula on top. It tastes better that way according to Sur La Table’s head instructor, Rochelle Van Der Merwe. 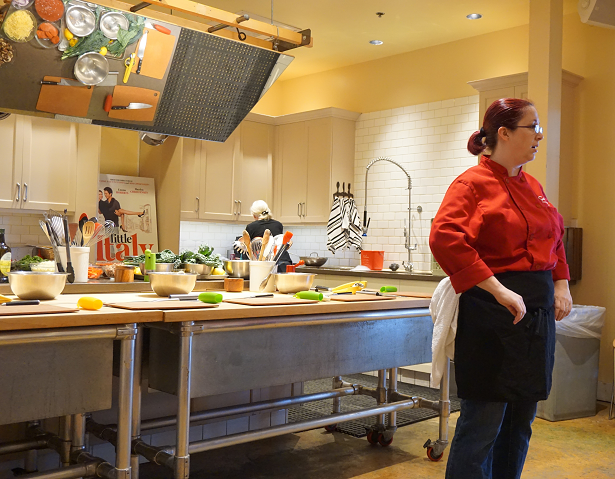 I was very pleased with how yummy my rustic pizza tasted! 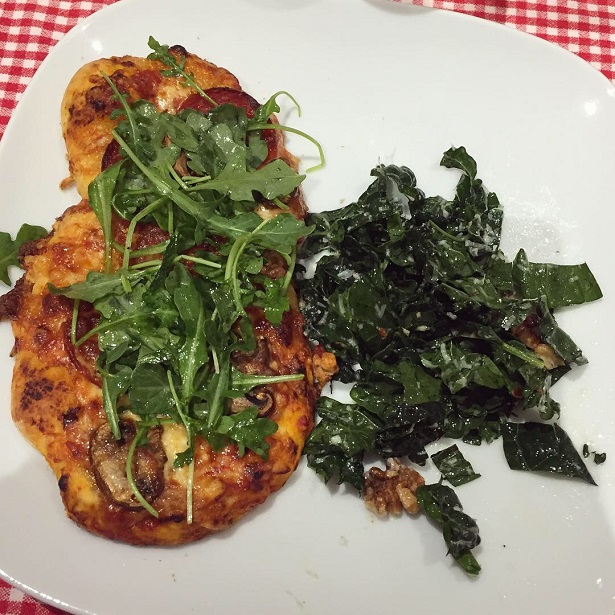 Thanks Lionsgate for hosting such a fun event! 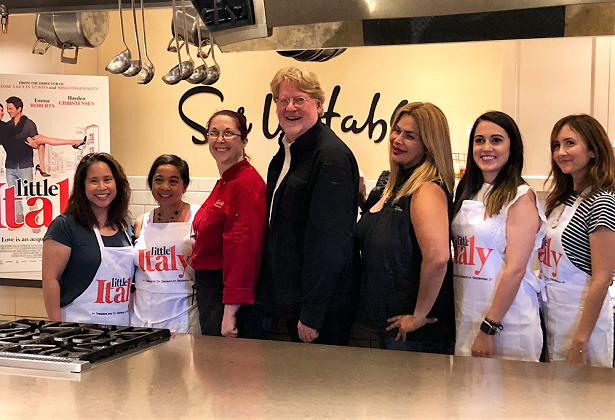 Disclosure: No monetary compensation was received for this post. I attended a media event which helped facilitate this review. All images are my own unless otherwise noted. As always, my opinions are 100% my own.