Dog Days opens tomorrow & it’s a sweet summer film. This romantic comedy is like a love letter to LA with fantastic shots of Grand Park in DTLA & Griffith Park, as well as an ode to how dogs can bring joy to our lives. 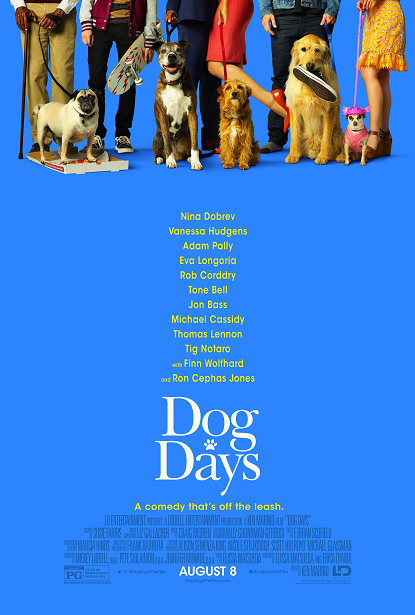 Last week I watched an early screening of the movie, plus I had the opportunity to interview the director & actors of the film.

From acclaimed production company LD Entertainment (The Zookeeper’s Wife, Jackie, and Megan Leavey) and Director Ken Marino comes Dog Days. Dog Days is a hilarious and heartfelt ensemble comedy that follows the lives of multiple dog owners and their beloved fluffy pals around sunny Los Angeles. When these human and canine’s paths start to intertwine, their lives begin changing in ways they never expected.

Summertime usually brings out big splashy superhero movies where it’s all green screen with lots of explosions or family-friendly animation films. So it’s nice when a rom-com movie like this comes around! The shorthand version is that the movie reminds me of “Love, Actually” mixed with “A Dog’s Purpose.” There’s much more to it though, so let me explain.

With a cast of a dozen lead & supporting actors, plus 5 dogs, the story captivates & entertains throughout. Elizabeth (Nina Dobrev) & Jimmy (Tone Bell) are work colleagues. Their chemistry crackles & pops on the screen, plus there are some hilarious scenes between Nina’s character & Tig Notaro, who plays a dog therapist. Tig’s deadpan delivery just killed me! 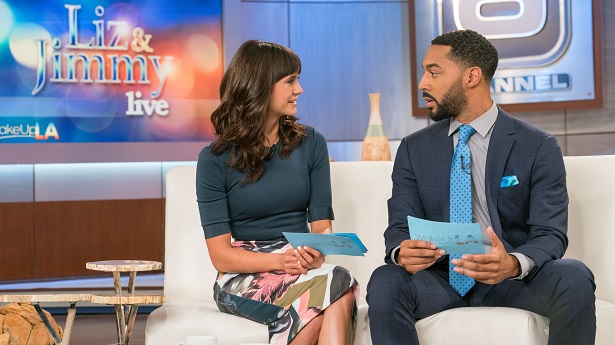 Then you have Tara the barista (played by Vanessa Hudgens) who is crushing hard on veterinarian Dr. Mike. Tara seems a bit lost when it comes to her career & relationships, which is something that Vanessa could relate to. Stating that when she was 27 years old, “I felt like I didn’t know who I was or what I was doing with my life.”

Garrett (Jon Bass) is a daily customer of the coffee house & runs a dog adoption organization called New Tricks Dog Rescue. There is a bit of a love triangle & it’s all very funny & charming. 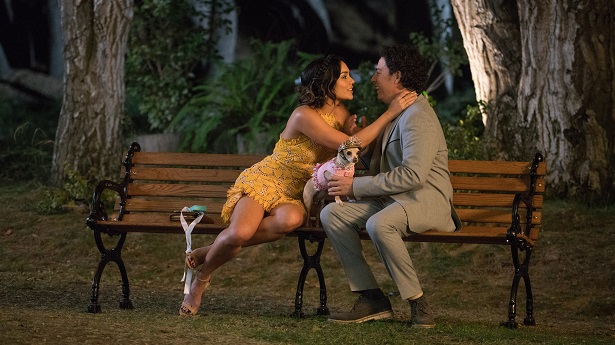 Not only is Adam funny in the movie, he is a total jokester in person. During the press junket, cast members were talking about their pets & Adam quipped that his dog is day trading now. 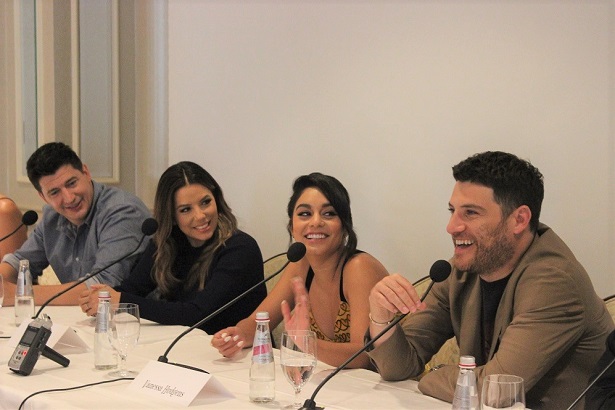 Grace (Eva Longoria) & Kurt (Rob Corddry) play a kindhearted couple who have recently adopted a young girl. When Amelia (played by Elizabeth Caro) first arrives, she is quiet & withdrawn. It is only when she stumbles upon a lost pug in the park that her personality begins to shine through. 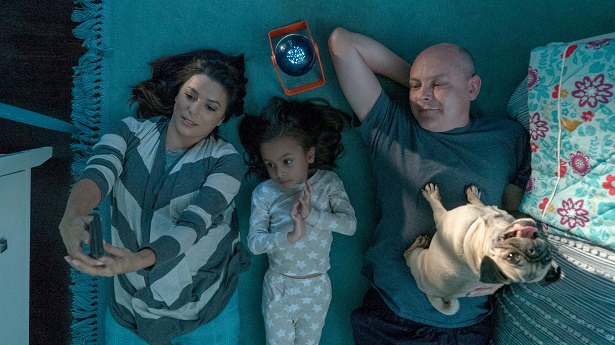 Playing Walter, the owner of that lost pug, is Ron Cephas Jones (Randall’s dad from “This Is Us”). As usual, Jones’ acting stands out in this ensemble cast. His scenes with Tyler (played by Finn Wolfhard, aka the kid from “Stranger Things”) are funny & at times bittersweet.

Several of the characters storylines converge when they meet at the New Tricks Dog Rescue charity event in the park. It’s a magical night with lots of laughs.

I love how the message of families & adoption is carried throughout the movie. Whether you are giving birth to twins, parenting a young foster child or rescuing a dog (blended family or not), all you need is love.

When asked what prompted Ken Marino to direct the film, he replied, “Right now the world is a crazy place. I wanted to do a movie that I could share with my children.” Adding, “I feel that right now it’s important to have movies where you can just bring your whole family in & escape the madness out there.”

Thanks LD Entertainment for hosting this fun event! 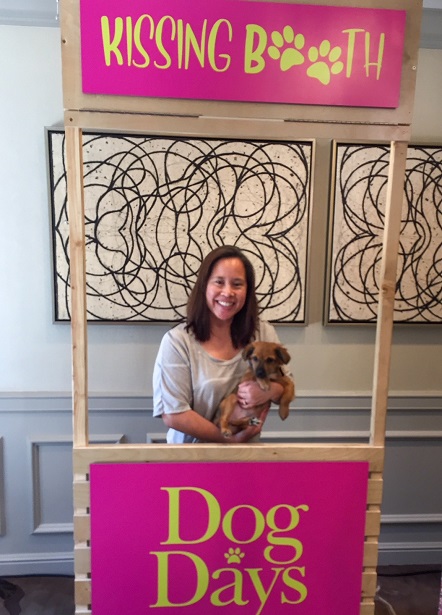 Disclosure: No monetary compensation was received for this post. I attended an advanced screening of the movie & a media event. Images are used with permission. As always, my opinions are 100% my own.