Recently I was invited to a Solo: A Star Wars Story event to support the digital & Blu-ray release of the film. It was an action-packed morning & a thrilling way to spend the day!

Scenes from the movie were playing on the big screen projector while bloggers & journalists noshed on breakfast. Speaking of the movie, if you haven’t seen it yet, here’s a quick summary of the movie & a trailer!

Board the Millennium Falcon and journey to a galaxy far, far away in SOLO: A STAR WARS STORY, an all-new adventure with the most beloved scoundrel in the galaxy. Through a series of daring escapades deep within a dark and dangerous criminal underworld, Han Solo befriends his mighty future copilot Chewbacca and meets the notorious gambler Lando Calrissian, in a journey that will set the course of one of the Star Wars saga’s most unlikely heroes. The film stars Alden Ehrenreich, Woody Harrelson, Emilia Clarke, Donald Glover, Thandie Newton, Phoebe Waller-Bridge and Paul Bettany.

Following our breakfast, we were brought to a conference room where we got to meet Darth Maul himself, Ray Park!

Now for those who weren’t aware, Ray Park acted Star Wars: Episode I – The Phantom Menace & did the physical stunts of Darth Maul but the character was voiced by another person. If you haven’t seen Solo: A Star Wars Story & are wondering why we would be meeting with him, then I won’t spoil it for you! All the more reason to watch AND buy the movie. 😉

It was such a delight to talk to Ray & an even more special treat to watch him demonstrate his lightsaber skills!

How cool is Ray Park (aka #DarthMaul)?! Today I got to interview him at the #SOLOBluray junket & watch him demo his lightsaber skills. Did you know that @iamraypark was 22 years old when he played Darth Maul on #ThePhantomMenace? At the time, he was competing in martial arts & training 15 hours a day. AD #StarWars #HanSolo 🎥 📱 💪 Confession: He made my day when I stepped up to take a selfie with him & he asked me, "You look like you work out. Do you work out?" #DayMade #MyDayInLA #RayPark #disneysmmc #DisneyMom #disnerd #disneygramers #disneylife #disneygram #disneylove #lifestyleblogger #fitnessblogger

Ray could tell that we were excited about the lightsaber, so when he asked if anyone was interested in giving it a whirl, several bloggers stepped up to the challenge. (Not me, I was a bit nervous, although I did take baton twirling classes in junior high). 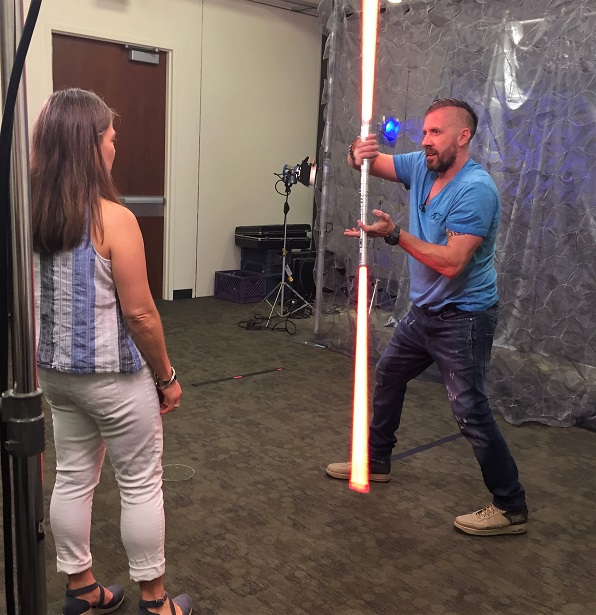 A brave blogger steps up to the plate to try her hand at using the lightsaber.

After several minutes of lightsaber demos, we got down to the interview portion of the junket. Did you know that he was 22 years old when he played Darth Maul in The Phantom Menace? At the time, he was competing in Chinese martial arts & training 15 hours a day. I also learned that he grew up watching Bruce Lee & Jackie Chan movies.

What was it like to revisit the Darth Maul role, almost 20 years later? His response, “I’ve been living Darth Maul for the last 20 years!” Jokingly adding, “I live Darth Maul every day.” 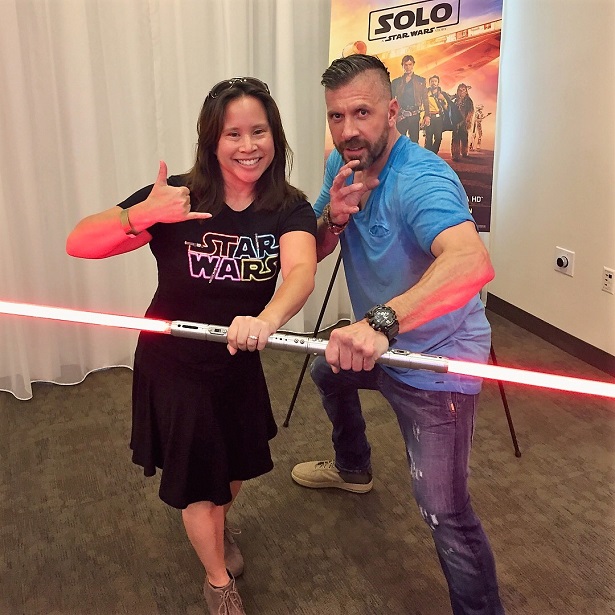 Me with Ray Park (aka Darth Maul)

Ray also revealed a fun fact regarding The Phantom Menace script, “From the beginning, we always knew that Darth Maul was going to get killed off. Originally it was pitched that Darth Maul’s head would be chopped off.” Then Ray learned that if Darth Maul’s head was chopped off, there’s no way that George Lucas would bring his character back, because you can’t come back from that. Will there be future movies with Darth Maul in it? Who knows…we’ll just have to wait & see.

After our fun meet & greet with Ray Park, we then got to watch a screening of the bonus content that is available on the Solo: A Star Wars Story Digital & Blu-ray. We saw:

There’s more fun bonus material on the Blu-ray/digital copy! So be sure to get yours soon & don’t miss out. 🙂

Thanks Walt Disney Studios for hosting such a fun event! 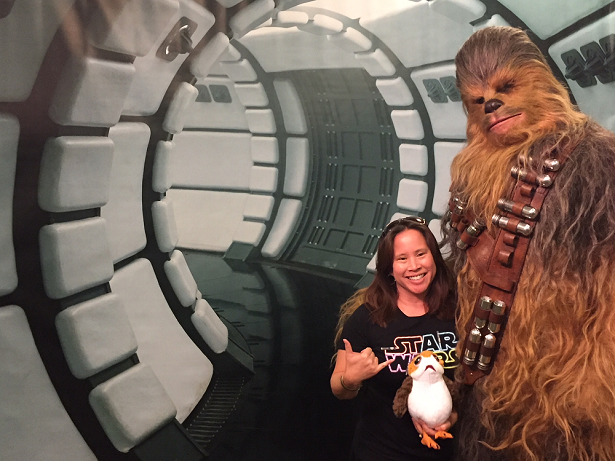 As a former Disney Consumer Products employee, I just had to take a photo with Hasbro’s Ultimate Co-pilot Chewie. Check out my toy review of the fun NEW Star Wars toys! #BecauseTheHolidaysAreComing 🙂 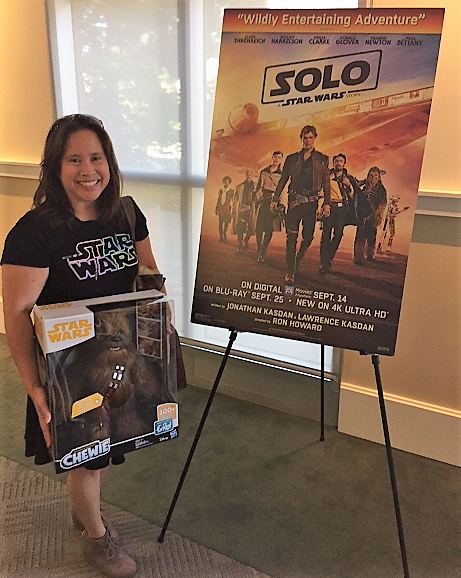