This past Monday I attended the Makers Summit + Toolbox LA Grand Opening in the San Fernando Valley. 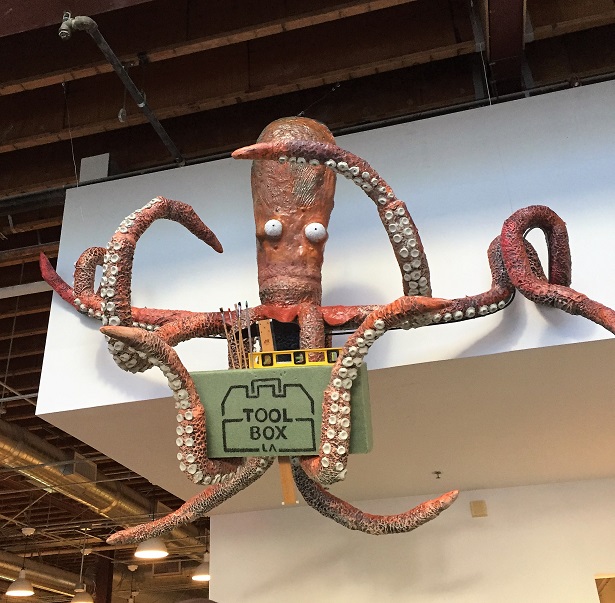 Have you heard of Toolbox LA? It is a space that features a hardware accelerator (Make in LA), makerspace (HexLab), biotech incubator (LabLaunch), coworking area & more. I’ll give a breakdown of what that all means, but first let’s talk about the event.

After check-in, the attendees were treated to a yummy breakfast. 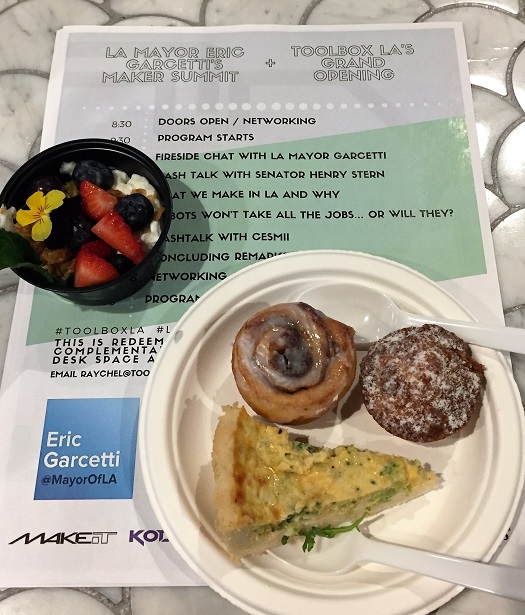 The Mayor of Los Angeles, Eric Garcetti, was set to speak at 10am. Since I finished my breakfast early, I had time to check out the vendors that were being showcased.

I was happy to see my friend Sonia Smith-Kang’s company, Mixed Up Clothing, represented at the event. Mixed Up Clothing is a multicultural children’s clothing line inspired by the textiles, cultures & people of the world.

A product called Crunch Cup was being showcased by a start-up company that is launching a Kickstarter campaign. 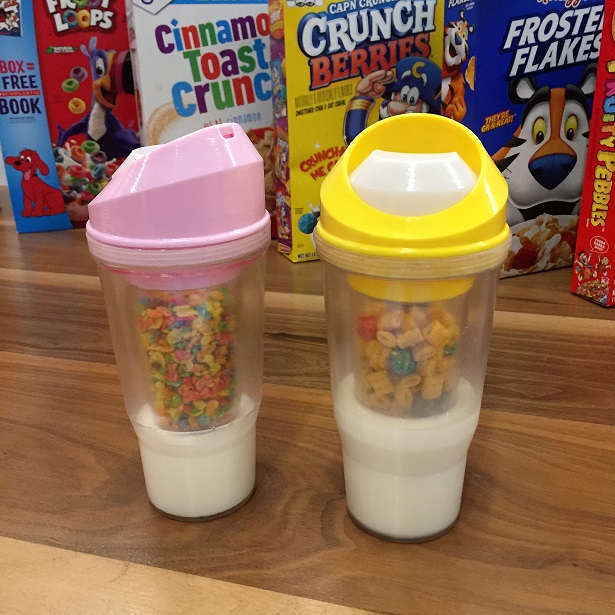 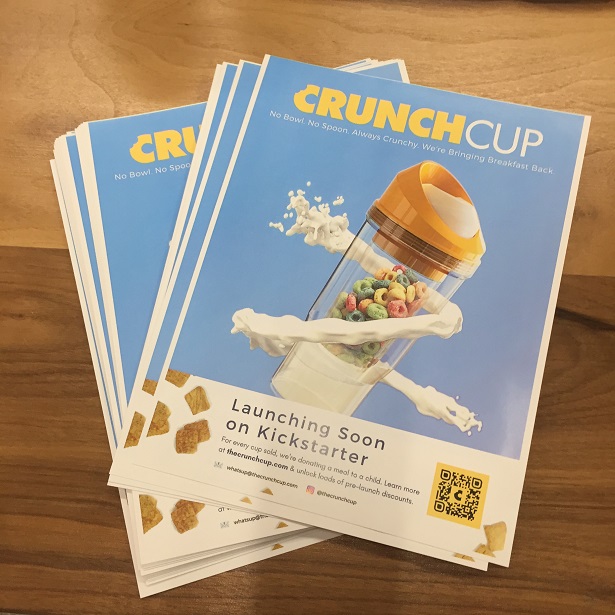 There was also a 3D printing machine company, representatives from Triumph (a meditation & journaling app), Koder (a gig economy platform for coding – think TaskRabbit for coders) & several others.

At about 10am, Mayor Garcetti took the stage. Noramay Cadena, Managing Partner at Make in LA, interviewed the mayor. 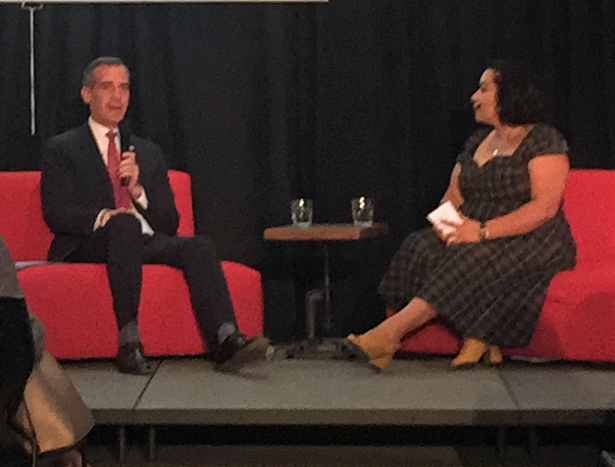 After proudly declaring that Los Angeles is the manufacturing capital of the United States, he went on to describe what gives LA that competitive edge.

Following Mayor Garcetti’s interview there was a panel discussion entitled “What We Make In LA and Why.” The discussion was moderated by Krisztina “Z” Holly, Founder of Make It In LA & included the following panelists: 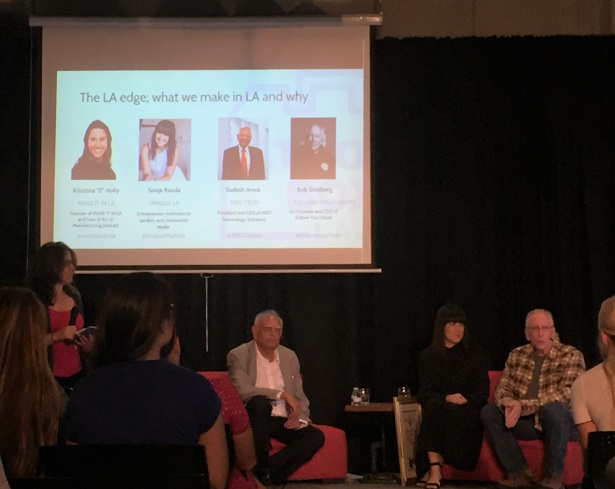 It was fascinating to listen to their perspective on manufacturing in LA.

My visit to Toolbox LA concluded with touring their coworking space. 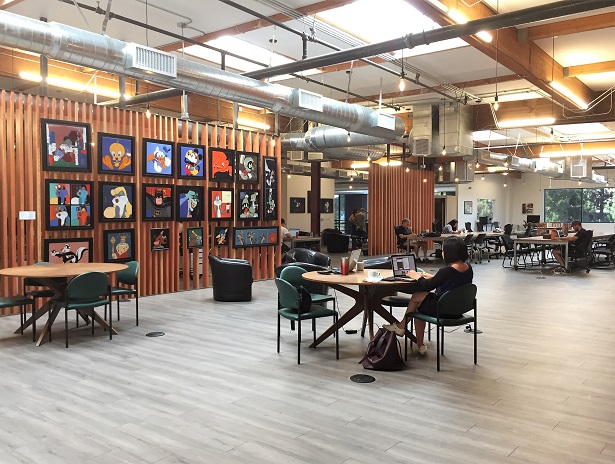 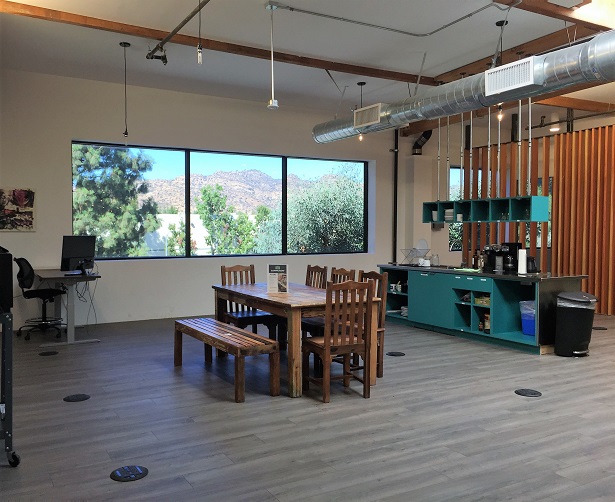 There are different pricing plans depending on the type of space you want to use. Toolbox LA offers shared desks, dedicated desks, private offices or team offices. I can’t wait to come back to use the coworking space! 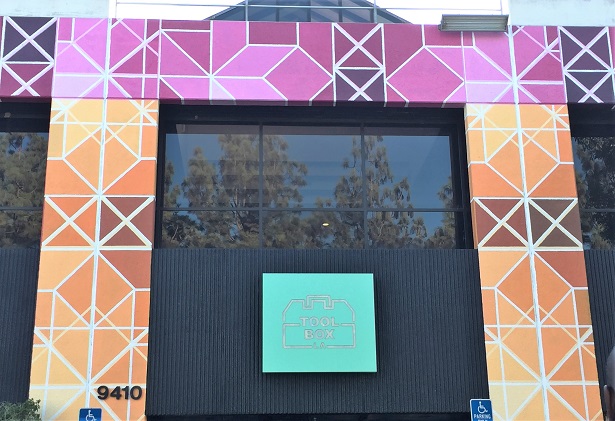 As a San Fernando Valley resident, I’m so glad that Toolbox LA has opened up in the Valley. This creative space is something that you would see in downtown Los Angeles or on the Westside/Silicon Beach. The SFV has long been a place for manufacturing – from aerospace to food processing. So it’s only fitting that we have something like Toolbox LA in our backyard as well.

Disclosure: No monetary compensation was received for this post. I attended an event that was open to the public. Though a post was not required, I wanted to share my experience. All images & opinions are 100% my own.