“Space Jam,” a live-action/animated sports comedy film starring NBA superstar Michael Jordan premiered in 1996. Twenty-five years later, “Space Jam: A New Legacy” arrives in theaters and HBO Max to dazzle a new generation of kids. Just like it’s predecessor, the sequel is a mix of animation and live-action, with the Looney Tunes characters playing basketball in a virtual world. 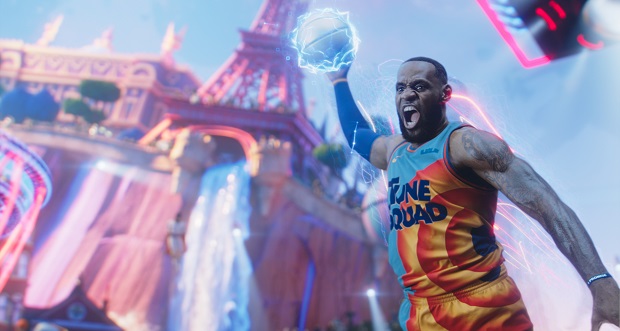 Earlier this week I got to attend a special screening of “Space Jam: A New Legacy” with my family. 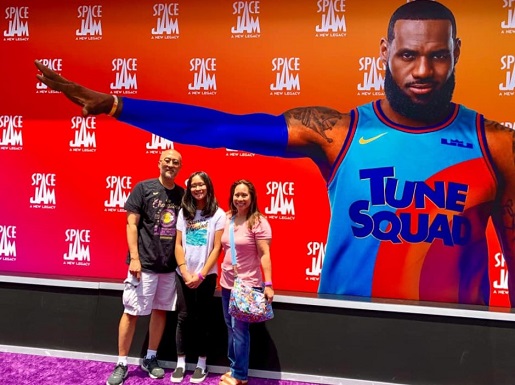 The movie opens with a young LeBron James, who when given a Nintendo Game Boy before his high school basketball game, gets distracted and misses the last shot. Afterwards his coach gives him a pep talk and it’s in that moment that he tosses the Game Boy into the trash and devotes himself to the game.

Flash-foward to present day and LeBron is giving the same version of the pep talk to his young son Dom (Cedric Jones), who would rather create video games than attend basketball camp. In an effort to bond with Dom, LeBron asks his son to come with him to a pitch meeting at the Warner Bros. Studios Lot. At one point during the meeting, it takes a left turn and well, hijinks ensue that involve Al-G Rhythm, played by Don Cheadle. 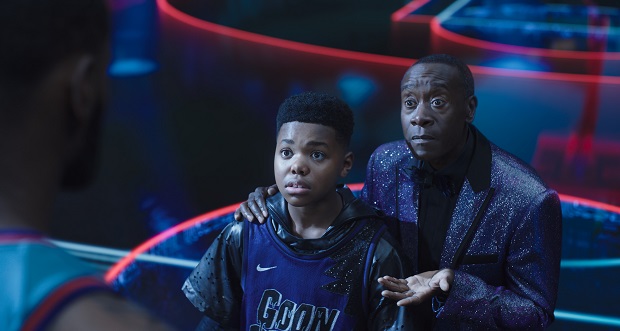 Basketball champion and global icon LeBron James goes on an epic adventure alongside timeless Tune Bugs Bunny with the animated/live-action event “Space Jam: A New Legacy,” from director Malcolm D. Lee and an innovative filmmaking team including Ryan Coogler and Maverick Carter. This transformational journey is a manic mashup of two worlds that reveals just how far some parents will go to connect with their kids.

The film really shines during the basketball scenes with the Tunes Squad vs. the Goon Squad. My husband who is a basketball fan got a kick out of seeing animated versions of NBA players Klay Thompson, Anthony Davis and Damian Lillard, who played on the Goon Squad. Whereas my teen kept her eyes on the crowd ringing the basketball court, trying to spot all of the cameos of WB film or TV characters. 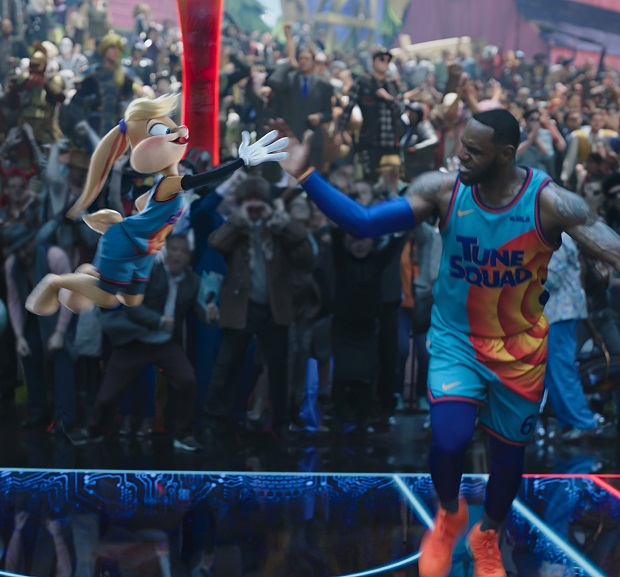 One thing is for certain, this is not your 90s Space Jam! The graphics are out of this world and the film’s soundtrack boasts tracks from Chance the Rapper with John Legend & Symba, Anthony Ramos, Jonas Brothers and a toe-tapping song from John Legend called, “Crowd Go Crazy.” You can listen to the soundtrack here. 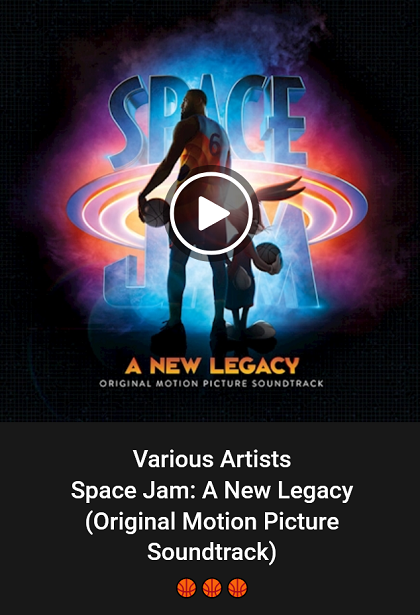 In addition to the movie soundtrack, the film has licensed products with big brands like Nike, Monopoly, UNO Cards, Xbox and more! My family was fortunate to see these items up-close and personal during Sunday’s “Space Jam: A New Legacy” Fan Experience in downtown LA. Click here to see pics from the event! 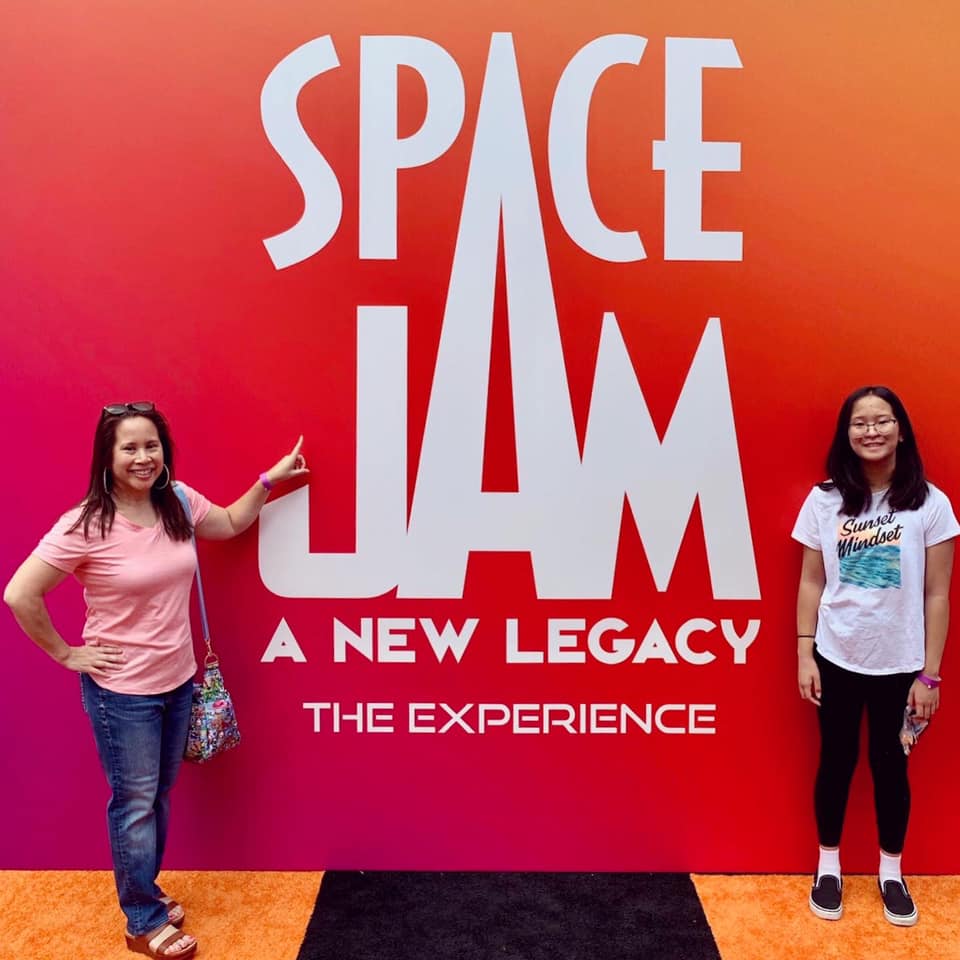 As I mentioned earlier, “Space Jam: A New Legacy” will be available to watch via HBO Max. If you have the ad-free HBO Max subscription, then you can stream it for 31 days after its July 16th debut. In my opinion though, the movie is best enjoyed on the big screen! However you decide to watch it, the film is sure to entertain and be a hit with families! 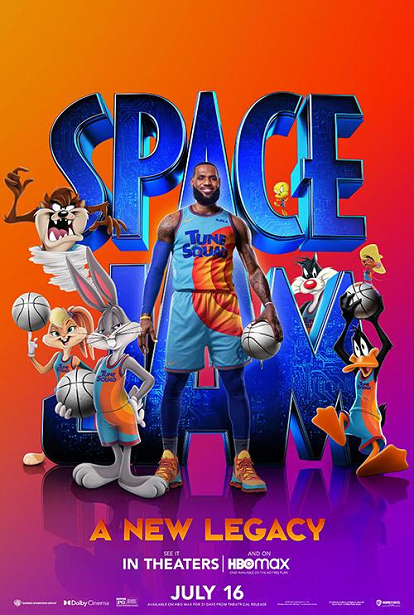