The LEGO Movie 2: The Second Part picks up right when the last movie ended, with the little sister entering her big brother’s LEGO territory. Sibling rivalry, respecting each other’s differences & learning to play well with others are themes that pop up in the LEGO Movie sequel.

From the outset, you’ll notice that The LEGO Movie 2 is just as bold, colorful & zany as the first film. There are so many laugh out loud moments that it was hard for me to keep up. Oftentimes my daughter was laughing at one joke while I was cracking up over a sight gag. That’s the beauty of The LEGO Movie 2: The Second Part, that appeal to both adults & kids alike.

The much-anticipated sequel to the critically acclaimed, global box office phenomenon that started it all, “The LEGO® Movie 2: The Second Part,” reunites the heroes of Bricksburg in an all new action-packed adventure to save their beloved city. It’s been five years since everything was awesome and the citizens are now facing a huge new threat: LEGO DUPLO® invaders from outer space, wrecking everything faster than it can be rebuilt. The battle to defeat the invaders and restore harmony to the LEGO universe will take Emmet (Chris Pratt), Lucy (Elizabeth Banks), Batman (Will Arnett) and their friends to faraway, unexplored worlds, including a strange galaxy where everything is a musical. It will test their courage, creativity and Master Building skills, and reveal just how special they really are.

Lucy has grown more mature, tougher & grittier. However, Emmet is still the same sweet & lovable guy. When circumstances force him to act in a way that’s out of character, it causes a big change & creates doubt in their relationship.

It’s as if Lucy & Emmet wonder, “Am I good enough?” Along the way, both characters divulge another side to their personality. Will they be able to accept each other for they really are? You’ll have to watch the movie to find out!

When Elizabeth was asked about this aspect of the movie, she replied, “The thing that’s kind of going on in the movie is like this experimentation and I think Lucy is really pushing him to grow and evolve. She ends up being kind of wrong, but I think that the process that he goes through is a process that’s okay, that’s correct, that we all need.”

Without spoiling the end of the movie, Chris said, “[You] realize that you can grow up. You don’t have to become something that you’re not naturally…you can embrace who you are.”

Queen Watevra Wa’Nabi of the Systar System is a shapeshifter whose motto is that you can be whatever you want to be. 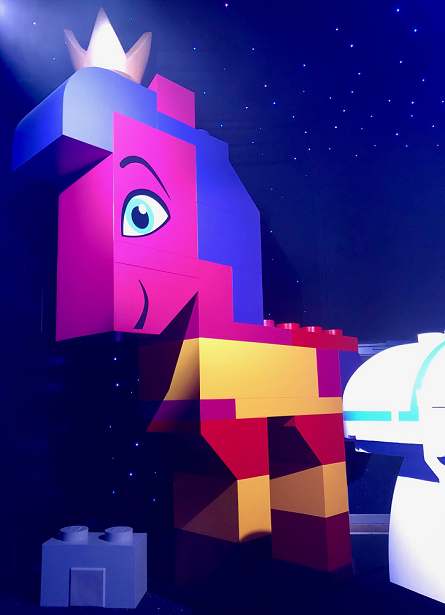 When asked how she is similar to her character, Tiffany responded, “I relate to my character in many ways, because all she really wants to do is bring joy and happiness. I just want everybody around me to have a good time and live our best lives.”

General Mayhem, on the other hand, is the Queen’s fierce enforcer. However, you’ll be surprised at who she reveals herself to be by the end of the movie. 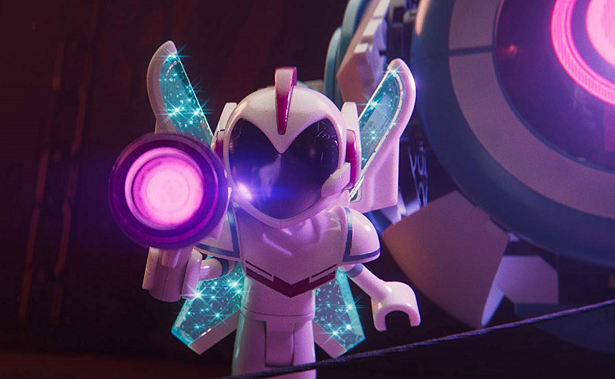 Said Stephanie, “My character starts out this film in one place and ends in another. And the reality and the journey that happens in this film is that this character sort of finds herself and realizes that her creativity and her true self can be whatever she wants.”

LEGO Batman (voiced by Will Arnett) is not exactly in touch with his feelings. Over the course of the movie, you start to see Batman let his guard down and connect with people.

Will Arnett said, “One of the great messages of the film is to sort of focus on how we are all similar, as opposed to how we are all different. And if we spent a little more time doing that, we’d be in a much better place.”

Thanks Warner Bros. Pictures for hosting this event. This awesome experience is one that I won’t forget! 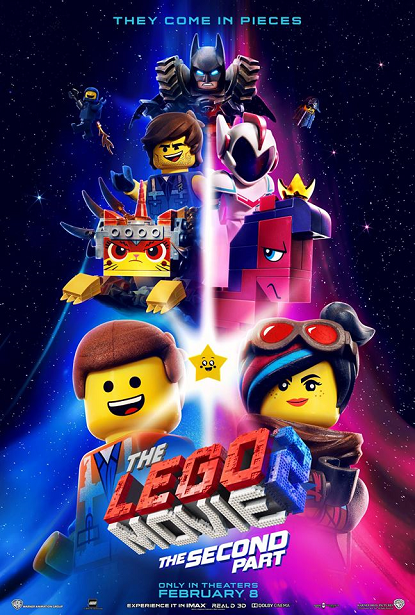 Disclosure: No monetary compensation was received for this post. This post is in partnership with Warner Bros. Pictures. I attended an advanced screening of the movie & a media event. All images are my own unless otherwise noted. As always, my opinions are 100% my own.