“Shang-Chi and The Legend of The Ten Rings” features the first Asian superhero (Simu Liu as Shang-Chi) in a Marvel Studios film, but that’s not why the movie is so good. With its action-packed martial arts fight scenes and cool special effects, the movie is quite a thrill! 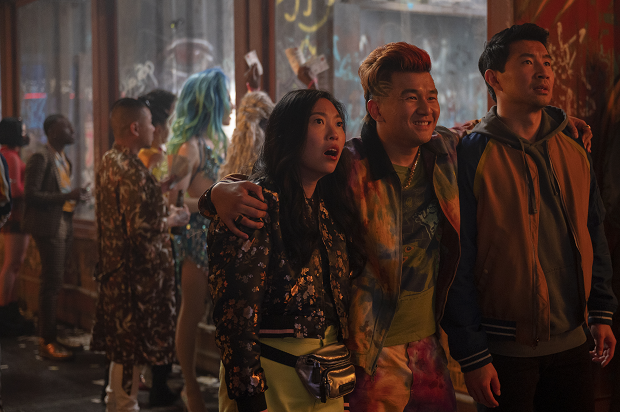 Whether you’ve seen “Shang-Chi” in the theaters or it will be your first time watching, Marvel fans will be delighted to bring home the movie on 4K Ultra HD, Blu-ray and/or DVD on November 30th. You’ll be able to enjoy never-before-seen bonus material including 11 deleted scenes and a gag reel. 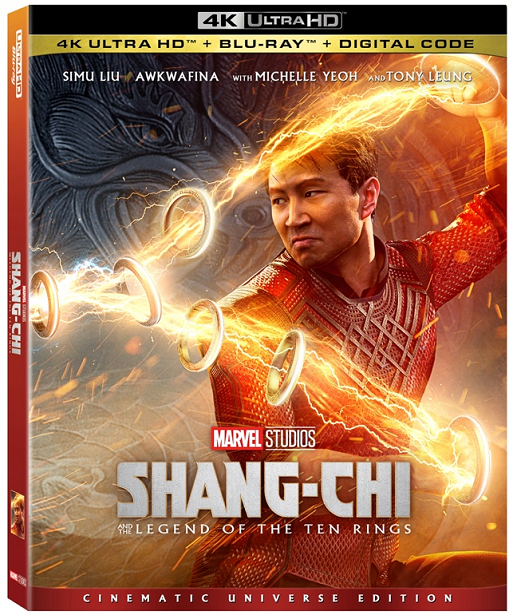 Marvel Studios’ Shang-Chi and The Legend of The Ten Rings stars Simu Liu as Shang-Chi, who must face the past he thought he left behind and confront his father, leader of the dangerous Ten Rings organization. The film also stars Awkwafina as Shang-Chi’s friend Katy, Meng’er Zhang, Fala Chen, and Florian Munteanu, with Michelle Yeoh as Ying Nan and Tony Leung as Xu Wenwu.

Earlier this year, I had the opportunity to screen “Shang-Chi” and found it to be very entertaining. The action kept the movie flowing at a good pace. I also enjoyed the family dynamics between sister (Meng’er Zhang) and brother (Simu Liu), as well as the humor between Shang-Chi and Katy, played by Awkwafina.

To celebrate the release of “Shang-Chi and The Legend of The Ten Rings” on Blu-ray/DVD, I’ve partnered with Marvel Studios on a fun giveaway!

How would you like to win a digital code to watch “Shang-Chi” in the comfort of your own home? One Real Mom of SFV reader will win a digital code that can be redeemed at MoviesAnywhere.com or on the Movies Anywhere app. Please enter below for a chance to win.

Rules: United States Residents ONLY. One prize per household. One winner will be randomly selected via RaffleCopter and notified via email. Winner must respond within 48 hours to claim the prize or a new winner will be chosen via RaffleCopter. If you have any additional questions, please feel free to send me an email to realmomofsfv@gmail.com.

So tell me, why do you want to win this movie?

Disclosure: No monetary compensation was received for this post. Images shown in this post are used with permission. Thanks to Marvel Studios for partnering with Real Mom of SFV on this contest. As always, my opinions are 100% my own.