Marvel Studios’ “Shang-Chi and The Legend of The Ten Rings” opens in theaters today, Friday, September 3rd. Last month I saw an early screening in Hollywood and it was as good as I had hoped. With its exhilarating martial arts fight scenes and dizzying special effects and stunt work, the movie is quite a ride!

Here is a brief summary of what the movie is about:

Marvel Studios’ “Shang-Chi and The Legend of The Ten Rings” stars Simu Liu as Shang-Chi, who must confront the past he thought he left behind when he is drawn into the web of the mysterious Ten Rings organization.

This is a spoiler-free movie review but I will give you some of the details. Keep reading to check out my five fun facts about the film.

“Shang-Chi and The Legend of The Ten Rings” is action-packed!

The action scenes and martial arts work is gripping. Never before in a Marvel movie will you see action sequences like these. Check out this behind-the-scenes look at the adrenaline-fuelled “Shang-Chi and the Legend of the Ten Rings.”

“Shang-Chi and The Legend of The Ten Rings” is the first Marvel film to have a lead Asian actor and a mostly Asian cast.

Not since “Crazy Rich Asians” have you seen such a large Asian cast in a big tent-pole, studio movie. Simu Liu and Awkwafina have great chemistry. Are they more than friends? You’ll have to see the movie to find out! Also it’s nice to see veteran actors, Michelle Yeoh and Tony Leung in the film! Marvel fans will recognize Benedict Wong reprise his role as Wong from previous Marvel movies. 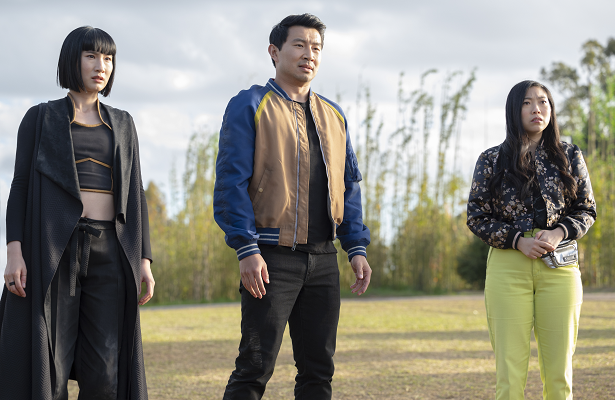 “Family and cultural identity” is a central theme.

The film’s lead character, Shaun, explores his cultural identity and how his family (particularly his father) has shaped his adult life. Living in America and staying true to one’s culture is often challenging when you are trying to fit in, particularly as a child, and even as an adult. Take for instance your birth name versus what you are called in school. The character Shaun goes through a detailed (and quite funny), explanation to Awkwafina’s character about changing his name from Shang-Chi to Shaun when he came to America. This was a very relatable scene to me, whether you are Asian, Latinx, African American or American Indian. I think we all know someone who cringed when their teacher called their first name or last name in class. For me, it was my middle name, something that I am proud of today but was hesitant to share while growing up because of the fear that people would mispronounce it.

Typically Hollywood does not have a good track record when portraying Asians on the big screen. Take for instance the Long Duk Dong character in “Sixteen Candles.” The character is an exchange student with a thick accent, portrayed as nerdy and is often laughed at and made the butt of jokes. Asian roles are rarely leading characters and typically portrayed as emasculated, geeky or corrupt (for men) or China dolls, dragon ladies or tiger moms for women.

Shang-Chi spends a lot of time with his shirt off in the movie. He is strong and kicks butt! Both Shang-Chi and Katy have working class jobs (as valet drivers) which is unlike the model minority portrayal that you typically see.

There are two end credit scenes that are not to be missed!

In typical Marvel fashion, you’re going to want to stay to the very end. I am not going to reveal any spoilers, but let’s just say that these end credit scenes seem to unofficially kick-off Marvel’s Phase 4 by pushing the Marvel Cinematic Universe (MCU) forward, story-wise. I don’t know about you, but I can’t wait to see what the next Marvel film brings!

Disclosure: No monetary compensation was received for this post. I attended an advanced screening of the movie which helped facilitate this review. Images used with permission from Marvel Studios. As always, my opinions are 100% my own.