I was invited by Staples, Inc. for the purposes of this post. All thoughts & opinions remain my own.

A small crowd gathered on Wednesday, August 26th at the W Hollywood Hotel for an important announcement made by representatives of Staples, the Entertainment Industry Foundation (EIF), DonorsChoose.org & Think It Up™. Think It Up is a nonprofit organization supported by the EIF, DonorsChoose.org & Staples that funds student-powered, teacher-led learning projects in classrooms across the country. I was excited to attend because this was going to have a huge impact for high school students in the LAUSD system.

Elex introduced the panel assembled onstage. When it was Carrie McElwee’s turn to speak, I could sense that this news announcement was going to be big. 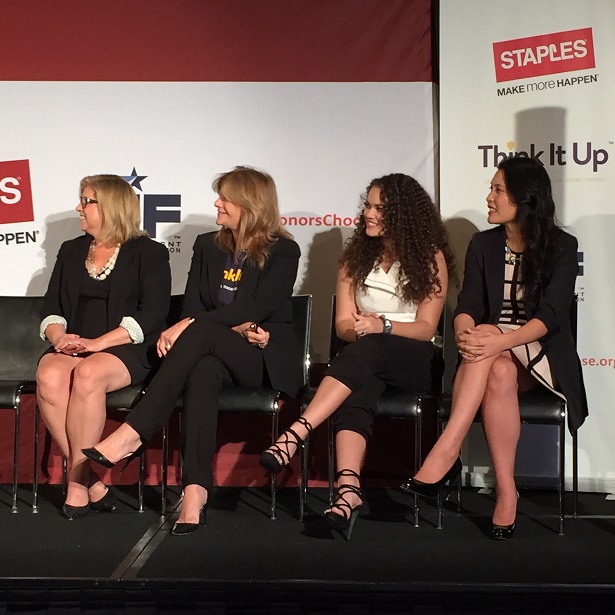 Carrie (Director of Public Relations for Staples, Inc.) announced that Staples will fund every LAUSD high school project on DonorsChoose.org via Think It Up. Approximately $130,000 was donated to the non-profit, which will help over 17,000 students make their dream projects a reality!

That money impacts students like these four who came from Apex Academy in East Hollywood to hear the announcement. Their teacher, Mr. Gomez, will receive funding from Think It Up so that he can take his students to Catalina Island for a hands-on marine biology exploration. 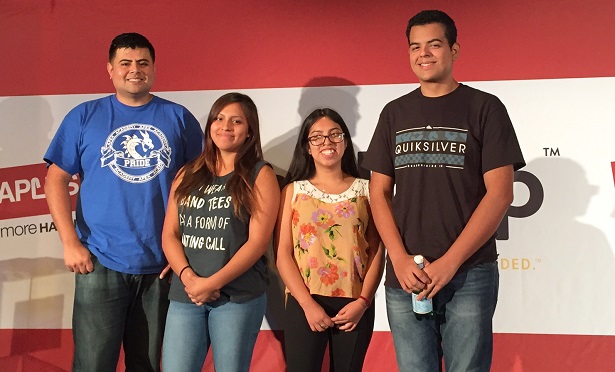 Madison Pettis is an actress (you may have seen her in The Fosters or The Game Plan with Dwayne Johnson) & also an ambassador for Think It Up. As an LA-area high school student, she is excited to support this project. I had the opportunity to speak with Madison afterwards, where I learned that she is a fellow “Valley girl” like myself! We chatted briefly about the schools she attended in the Valley & I shared with her that my 9 year old is excited to watch her in future projects. (On a side note, Madison did the voice-over work for Izzy in Jake and the Never Land Pirates which my daughter used to watch religiously when she was younger.) 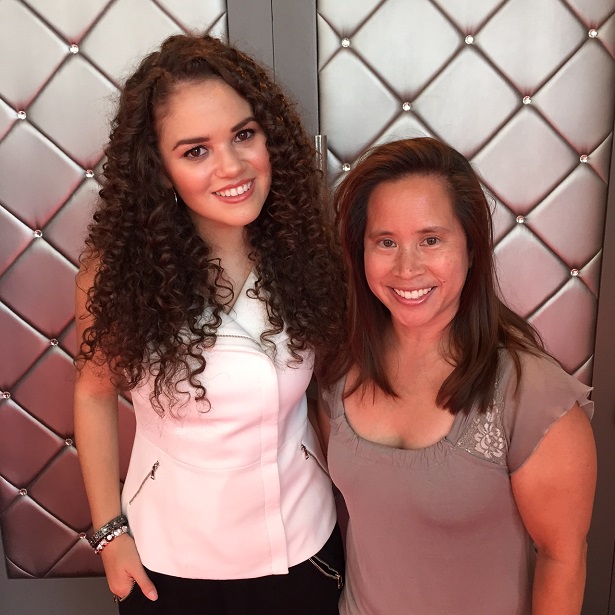 Want to help support the Think It Up movement? While you are buying your school or office supplies, you can donate one dollar at a Staples store near you at the check-out register. You can visit www.thinkitup.org to learn more. Also don’t forget to watch the star-studded television special/fundraising event that will air on all major broadcast networks on September 11th at 8pm.

Thank you Staples, Inc. for allowing me to cover this important event! 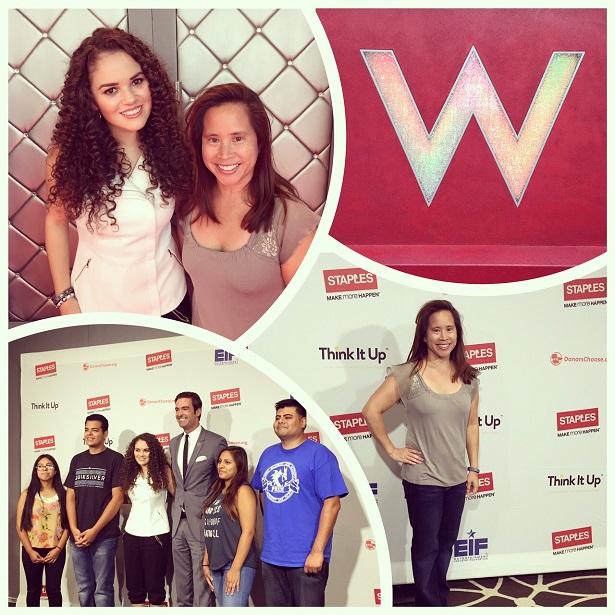 Disclosure: This is a sponsored post, which means that I was provided compensation &/or product in exchange for this post. All images & opinions are 100% my own.