Last month I was invited to The Legend of Hallowaiian Orange Carpet premiere! 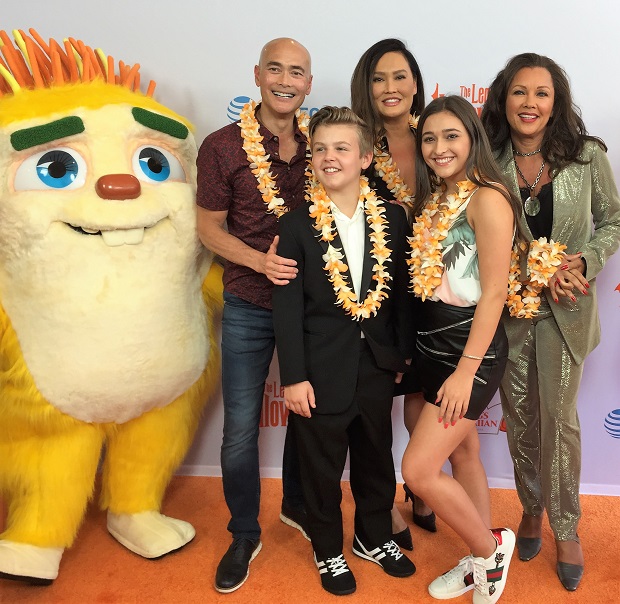 The film is a heartwarming tale of three Hawaiian kids who get into a bit of trouble on Halloween night.

Both of my Filipino parents were born in Hawaii, so I have a fondness for all things Hawaiian. Plus, one of my favorite actresses is Tia Carrere & I wanted to see her! 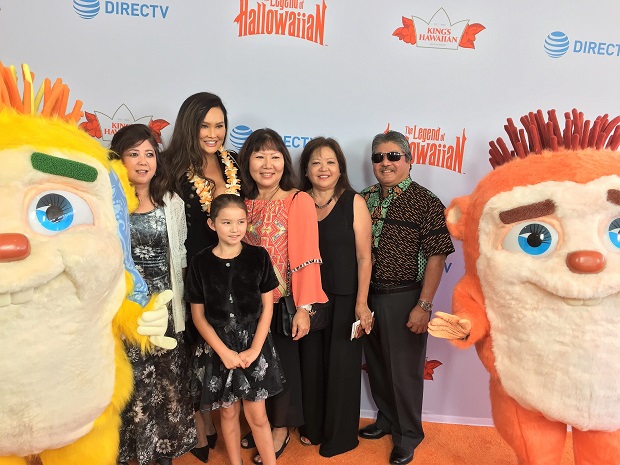 So you might be wondering, why is Tia & the menehune posing with the owner of King’s Hawaiian? Eric Dickens, senior vice president and CMO at King’s Hawaiian, breaks it all down.

King’s Hawaiian formed its own production company, Fresh Baked Films. Said Dickens in a recent MediaPost interview, “From an entertainment standpoint, we intended to create a rich entertainment experience in both film and food for families during the Halloween timeframe.”

It’s Halloween night in Hawaii, or Hallowaiian, as it’s locally known, so excitement and mischief are in the air. While surfing on a local beach at sunset, our three young heroes, Kai, Leilani, and Eddie, uncover a mysterious idol they find in an underwater cave.

Disbelieving his grandfather’s warning, Kai and his friends quickly discover that they’ve unleashed an ancient evil being upon the island. Things get stranger than usual on this Hallowaiian night as a giant pineapple-headed monster is let loose onto the unsuspecting town of Hilo.

Our young friends find help from ancient mystical creatures, the Menehune, though there is only one that can truly defeat Pineapplehead – Kai, with help from Leilani and Eddie, must uncover his heritage, and believe the ancient stories of his ancestors in order to vanquish this evil, and save his friends, family, and home. 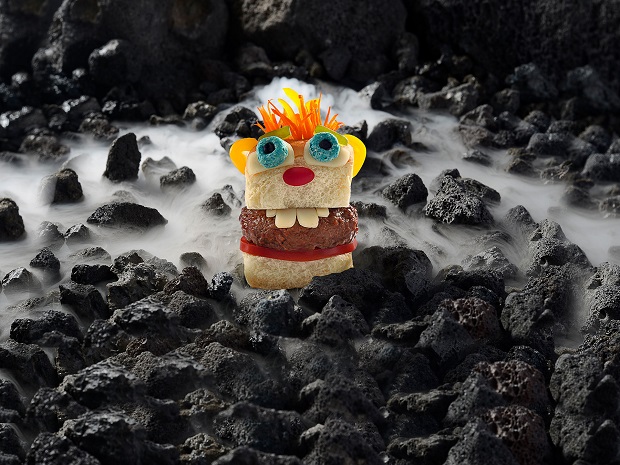 You can also watch the Menehune Sliders being made.

The movie is cute & I appreciate the story of a young tween coming to terms with his heritage & embracing his Hawaiian culture. It’s something I’d watch on a weekend at home with my family. It is currently available exclusively on DIRECTV. However, it will be coming to select theaters & On Demand soon! 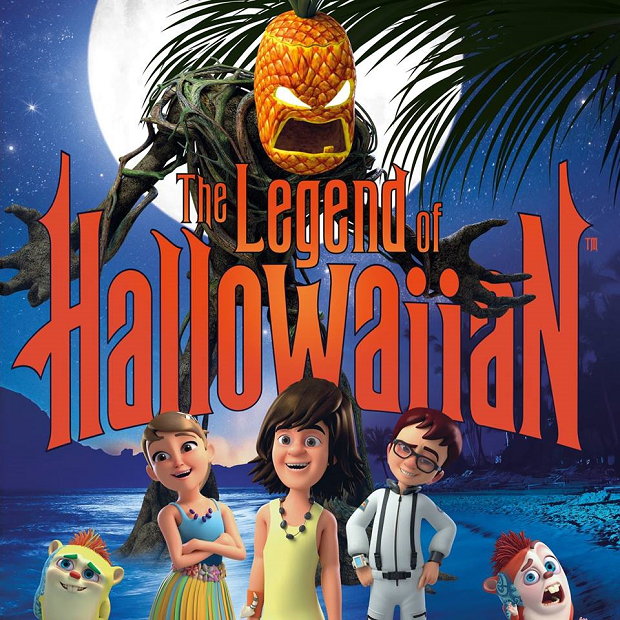 Thank you to The MOMS for inviting me to this event! If you’d like to see more photos from the The Legend of Hallowaiian Orange Carpet premiere, click here to view.

Disclosure: No monetary compensation was received for this post. I attended “The Legend of Hallowaiian” Orange Carpet Premiere which helped facilitate this review. All images are my own unless otherwise noted. As always, my opinions are 100% my own.