I was invited to watch a media preview of Ice Age: Collision Course. I also attended a press conference with cast members. All thoughts & opinions are 100% my own.

My daughter & I had a blast watching Ice Age: Collision Course. If you’re a fan of the Ice Age movie series, then you’ll want to see this latest installment that comes out on July 22nd!

Scrat’s epic pursuit of the elusive acorn catapults him into the universe where he accidentally sets off a series of cosmic events that transform and threaten the Ice Age World. To save themselves, Sid, Manny, Diego, and the rest of the herd must leave their home and embark on a quest full of comedy and adventure, traveling to exotic new lands and encountering a host of colorful new characters.

Recently I had opportunity to meet with some of the cast members who provided the voice talent for the movie.

Ray Romano & Queen Latifah are back, voicing the characters of Manny & Ellie. Their lives are in disarray & not just because of the asteroids that are heading towards them. Parenting has become more challenging now that their daughter Peaches (voiced by Keke Palmer) wants to flex her newfound independence & leave home with fiancé Julian (played by Adam Devine).

When asked about his real life parenting style, Ray Ramono (father to three boys) replied, “I’m kind of like Manny. I’m a little worrisome and it’s a big transition when that happens, when they move out, because that’s what you prepare them for, but you’re not prepared for it.” 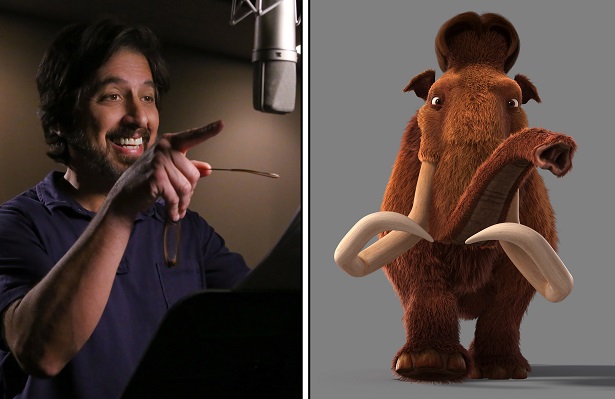 For Max Greenfield, this was his first time voicing for an animated film. Known for playing “Schmidt” on New Girl, Max said that while this project was much different, it was nice not having to worry about a camera or a mark or lighting. He remarked, “It’s just like having fun with all these big lines and playing it huge. And it was fun and different and really exciting in that way.”

When asked who their favorite character is in the movie, Max said that Ray Romano’s character (Manny) has always been one of his favorites.

Be on the lookout for a famed astrophysicist to make an appearance on screen! Josh Peck, who plays Eddie, was thrilled to see that animated character on the big screen. I won’t give any more specifics, but when you see those key scenes, you’ll know what I’m talking about. 🙂

The movie is a wild ride but as John Leguizamo (voice of Sid) points out, there is a message to the film. John notes, “What I’ve always loved about the series, especially being a Latin man and person of color, was the different species coming together and accepting each other and working together. We saved a planet. I love that message always and I always found it very strong, and it was something I loved my children to hear and see.” 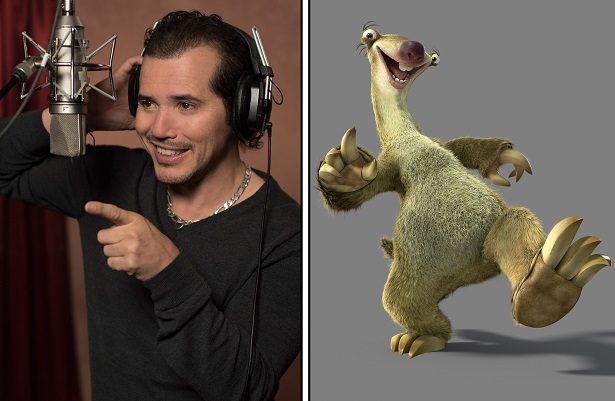 Thank-you 20th Century Fox for hosting this event. I had a fun time meeting the cast of Ice Age: Collision Course & hanging out with Sid & Scrat! 🙂 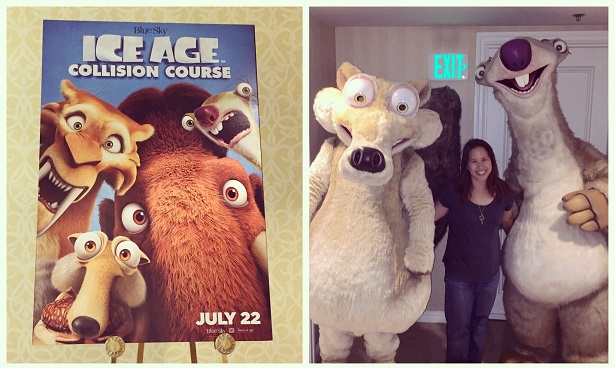 You’ll have to wait another week for the movie to come out. However, I have a fun bonus for my readers so that your little ones can have some Ice Age fun in the meantime! 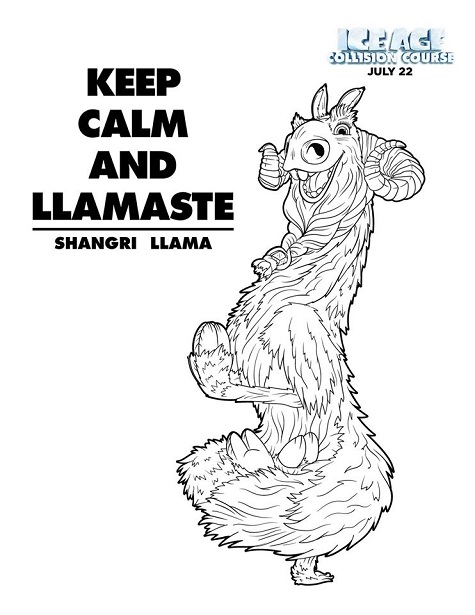 Enjoy these FREE Ice Age printables! Make sure you click on this link to get the printable PDF file, which includes coloring pages, like the one above. 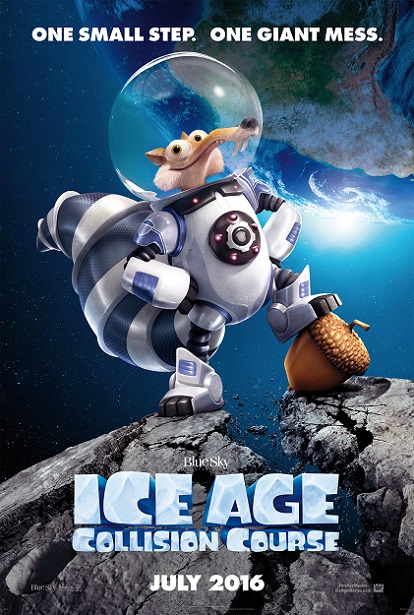 Disclosure: No monetary compensation was received for this post. I attended an advanced screening of the movie & a media event which helped facilitate this review. All images are my own unless otherwise noted. Images used with permission from 20th Century Fox. As always, my opinions are 100% my own.