I was provided with a complimentary copy of “She Stood for Freedom: The Untold Story of a Civil Rights Hero, Joan Trumpauer Mulholland.” All opinions are my own.

During the early 1960s, a white teenager living in the South named Joan Trumpauer Mulholland became immersed in the Civil Rights struggle. She organized non-violent sit-ins, attended Tougaloo College (a predominately black college) & participated in protests including the March on Washington and the Selma to Montgomery March.

Readers of all ages can now learn about her courageous acts in She Stood for Freedom: The Untold Story of a Civil Rights Hero, Joan Trumpauer Mulholland, which was co-written by her son, Loki Mullholland and Angela Fairwell. 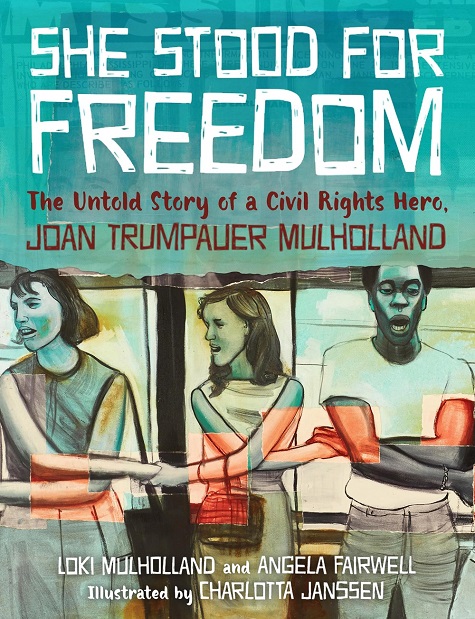 This picture book for children ages 4 – 8 years old describes how the America of Joan Trumpauer Mulholland’s youth was torn by racial injustice. Through carefully crafted storytelling young readers will come to understand the struggle during the tumultuous era of the 1960s Civil Rights Movement from blacks being arrested for marching to register to vote or participating in peaceful sit-ins, to the daily injustices of living in segregation, emphasizing the heroes who worked for positive change and equality under the law.

She Stood for Freedom: The Untold Story of a Civil Rights Hero, Joan Trumpauer goes on sale August 2nd wherever books are sold.

Disclosure: No monetary compensation was received for this post. I received a complimentary book which helped facilitate this review. The image shown in this post is used with permission. As always, my opinions are 100% my own.