The following is a sponsored post. I attended “The Stinky and Dirty Show” media event on behalf of KidzVuz. All opinions are 100% my own.

The show is very charming & sweet, offering teachable moments that highlight friendship & teamwork. The characters, Stinky & Dirty, problem-solve their way out of “bumps in the road” both literally & figuratively. In one scene, a trailer truck named Dumper (voiced by Jane Lynch) spills a load of bowling balls. Stinky & Dirty work together to gather the bowling balls & bring them back to where they belong.

The Stinky and Dirty Show features toe-tapping music by Dan Bern, who played some of the show’s songs at the party.

During the party, I had pleasure of meeting with Kate McMullan, co-author of the books that inspired the Amazon Kids show. 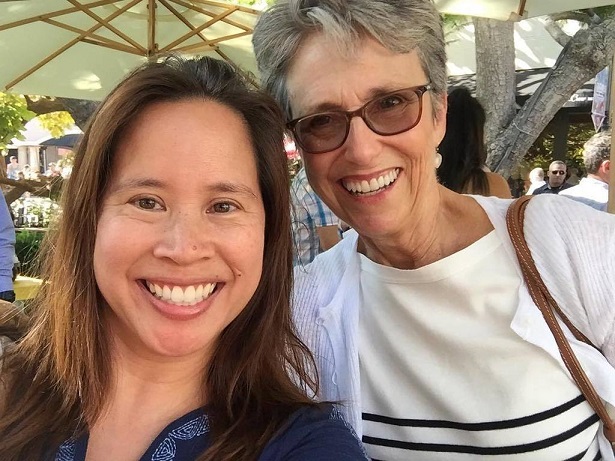 Kate wrote the book “I Stink” based on her experience living in New York City & listening to the sounds that the garbage trucks made when collecting trash.

When I asked Kate what is coming up next, she replied that she is currently working on “I’m Smart” with her husband Jim. The book will be released sometime next year.

One fact worth noting, the preschool series features a curriculum that was developed by Dr. Alice Wilder & Jessica Lahey, author of “The Gift of Failure: How the Best Parents Learn to Let Go So Their Children Can Succeed.” It’s the creators hope that the show will encourage creative learning.

The launch party was super fun, giving kids the chance to get stinky & dirty through fun activities! My daughter made chocolate pudding “mud pies” & searched for treasure, finding several crystals inside of this sand brick. Others danced & played kazoos in time to the music from Dan Berns.

Thanks Amazon Kids & KidzVuz for inviting my family to this fun event! 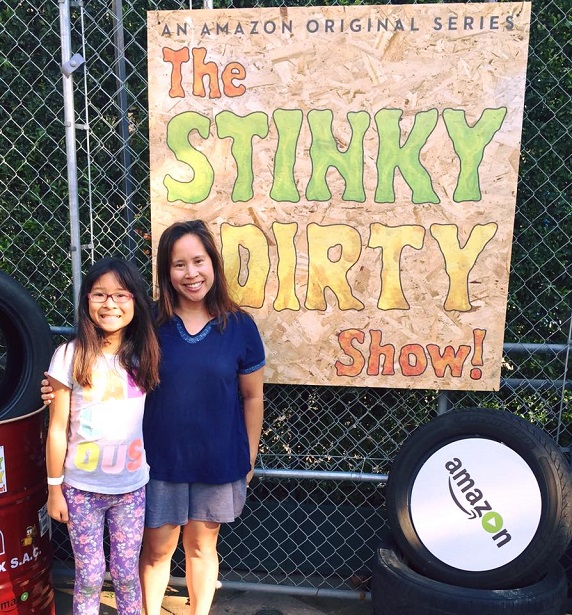 The adventures of best friends and unlikely heroes, Stinky the garbage truck and Dirty the backhoe loader, a dynamic and hilarious duo of resourcefulness that learn when things don’t go as expected, asking “what if” can lead to success. Based on books by Jim and Kate McMullan. Written and developed by Guy Toubes.