This post was written by guest contributor Mary Lansing.

Are you ready for a totally tubular Halloween episode of ABC’s The Goldbergs this week?! While Halloween is “the most romantic holiday” (according to Barry Goldberg), our main man of this hit series, Adam Goldberg, just wants one thing: To get his overbearing (yet loveable) mom, Beverly, off his back and allow him to do his own thing this year.

I was thrilled last week when I headed out on behalf of Real Mom of SFV to The Sony Studios lot to screen “Stefan King”, the hilarious and poignant Halloween episode, as well as get a tour of The Goldbergs set, led by Sean Glambrone who plays young Adam on the show! 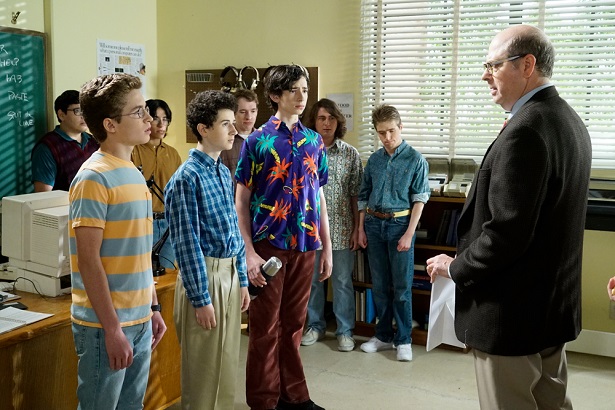 In the episode (airing this Wednesday), Adam has written a short story after discovering Stephen King and reading his masterpiece, Misery. Feeling inspired and relating to the characters (a young man tortured by a crazy woman), Adam writes his own short story based on his new favorite book. The villain? Well, let’s just say it could easily be Beverly as the main female.

With Mrs. Goldberg a bit naive and having nothing but adoration for her youngest child, she shares the short story with her book club. Much to the dismay of Adam, Bev gets a serious wake-up call when her friends point out this story is clearly about mommy dearest!

While Adam and Bev are busy working on some serious mother-son issues, siblings Erica and Barry have their own mishaps happening as the Halloween dance is fast approaching. Erica wants nothing more than to go with her crush as Seymour and Audrey from Little Shop of Horrors. When things don’t go as planned? Big brother Barry just may step in as Erica’s ‘dream date’ since no one can see him in his costume. Sadly, as you can imagine, everything does not go as planned! 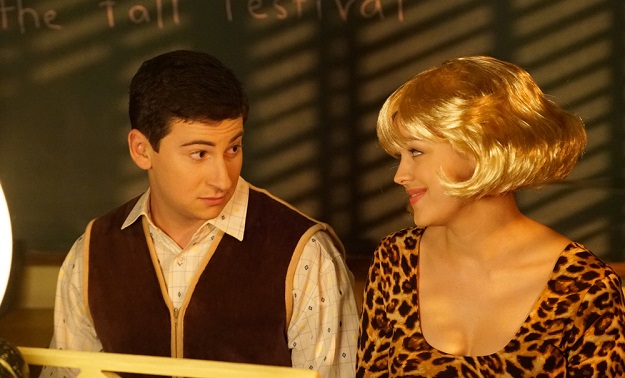 The Goldbergs, Season 4, Episode 406 – Erica Goldberg gets an intimate moment with her crush.
(© 2016 Sony Pictures Television Inc. All Rights Reserved.)

After seeing this heartfelt episode, we headed off to meet up with Sean for an extensive tour of The Goldbergs set. 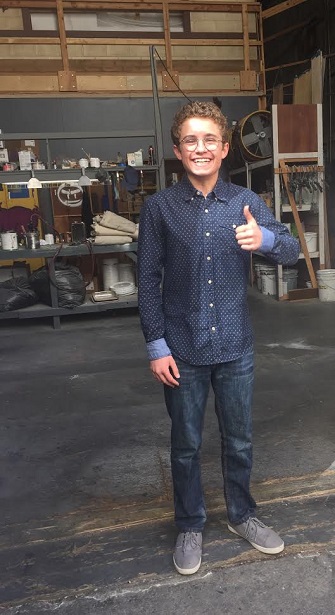 If you are looking for one of the most down-to-earth, sweetest young men on the planet, you truly cannot look further than to Sean Glambrone! This 17-year-old was so kind and has no ego at all, which would maybe be expected given he stars on a successful sitcom. He even seemed embarrassed as all of us asked for selfies. I was happy that he told me he also thinks that the Poltergeist clown doll in Adam’s ‘bedroom’ is very creepy. 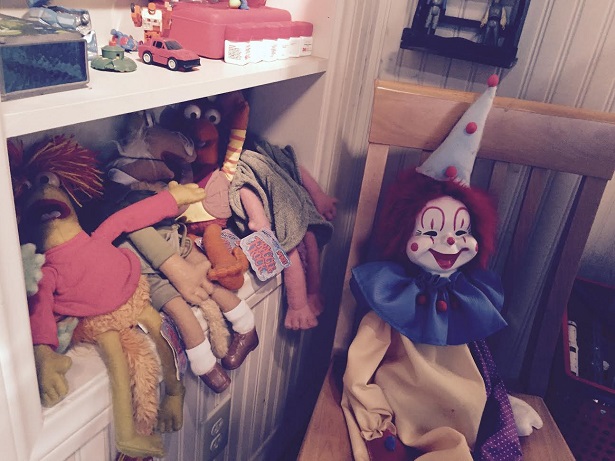 One of the highlights of this tour was seeing all the 80’s memorabilia. Nearly all of the posters and toys in Adam’s room are from the REAL Adam F. Goldberg, who created and writes this series all about growing up 80’s. There were Transformers, Fraggle Rock dolls, posters from movies like ET and Stand by Me.

Over in Erica’s room, I felt like Molly Ringwald! This set boasts Strawberry Shortcake dolls, Tiffany and Marky Mark posters, and pretty much what every 80’s chick had in her bedroom. 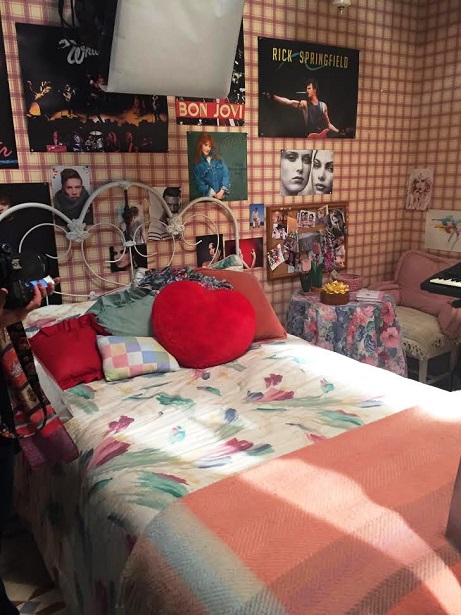 Once we made our way to The Goldbergs living and dining room, we were joined by Adam F. Goldberg who sat down with us (along with Sean) for a great round table interview.

Hailing from Philadelphia, Adam F. Goldberg spent his youth recording EVERY single thing he could of his family. He loved nothing more than creating lasting memories with his trusty film camera. A successful playwright by the age of 15, Goldberg teamed up with Adam Sandler’s Happy Madison Productions in 2010 to work on a pilot for ABC. By 2013, The Goldbergs was premiering and Adam’s family was able to see themselves get the Hollywood treatment.

With young children of his own now, I was interested to ask Adam if he is carrying on his documentation tradition and capturing nearly every moment of their childhood. “It’s really funny,” he explained, “I just had to have someone organize my photos and movies since there was, like, hundreds of gigs and the files were huge. There is so much at this point, we can’t even look. Every moment has like 300 rapid fire photos and tons of videos.”

Do I see an installment of The Goldbergs, 21st century edition, on its way?!?

I am so grateful for this wonderful day, getting to see such a cute episode of The Goldbergs and meet some of the amazing creative team behind this autobiographical show. Visit their website at http://abc.go.com/shows/the-goldbergs and make sure to tune in on Wednesday, October 26th at 8pm, for the episode!

Disclosure: This post was sponsored by the Role Mommy Writer’s Network. My contributor, Mary Lansing, attended this media event. All images & opinions are her own unless otherwise noted.