“Black Panther” is generating a lot of buzz. Recently I watched an early screening & I have to say that it lived up to the hype! 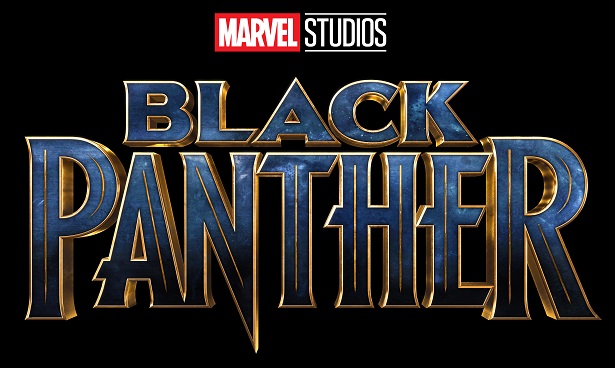 I walked into the movie without any clue about the characters or their origin stories. None of that matters! The movie does a really good job of diving in, introducing the key players & giving you the 411 of Wakanda (a fictional country on the continent of Africa). 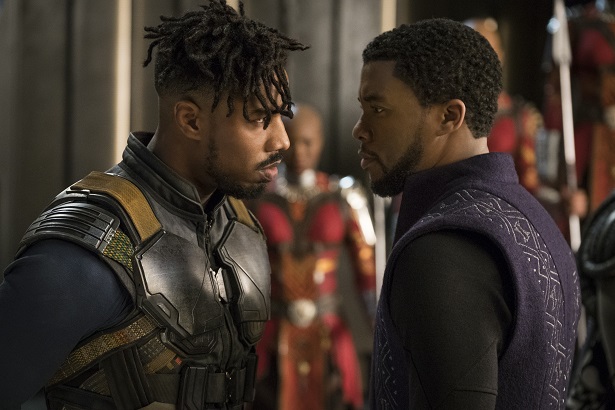 Marvel Studios’ “Black Panther” follows T’Challa who, after the death of his father, the King of Wakanda, returns home to the isolated, technologically advanced African nation to succeed to the throne and take his rightful place as king. But when a powerful old enemy reappears, T’Challa’s mettle as king-and Black Panther-is tested when he is drawn into a formidable conflict that puts the fate of Wakanda and the entire world at risk. Faced with treachery and danger, the young king must rally his allies and release the full power of Black Panther to defeat his foes and secure the safety of his people and their way of life.

The movie is mystical & colorful. The costumes are eye-catching & there are some really great action sequences. The fighting scenes are intense – I got energized just watching & rooting for T’Challa. 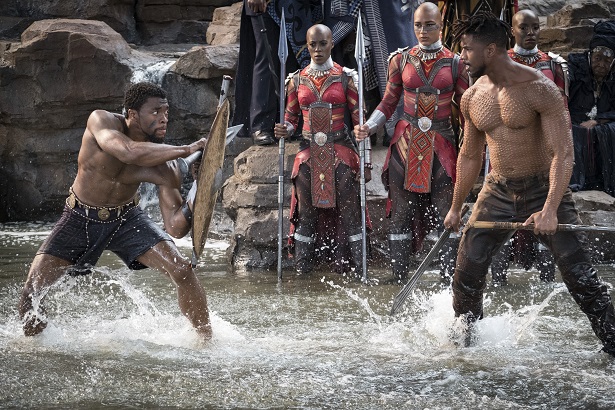 The female characters are fierce, smart & funny, played by talented actors Angela Bassett, Lupita Nyong’o, Danai Gurira & Letitia Wright. The breakout character (in my opinion) is Leticia Wright’s character, Shuri. She has some of the best lines, especially when she is bantering with her older brother, T’Challa. I like that Shuri is brainy & uses her tech knowledge to create new gadgets. She’s like Q in the James Bond movies. 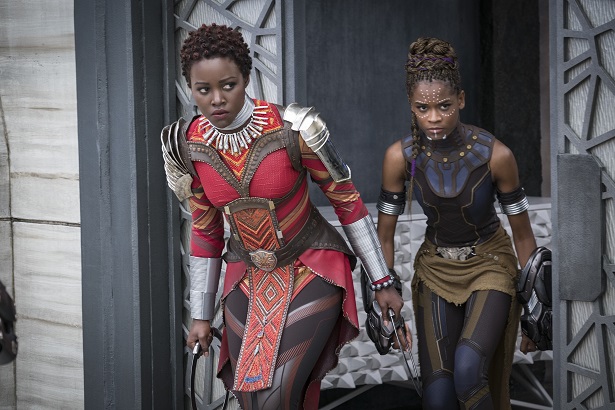 The film makes some interesting points about social issues, politics & culture, framing the idea that in a technologically advanced society – do people have an obligation to help others. The movie doesn’t go that deep into it (this is a big budget, superhero, popcorn movie after all) but kudos to the filmmakers for raising the question.

Overall the movie is entertaining & very fun! You’ll want to see it this weekend & if you do go, make sure you stay in your seat to the very end for some post-credit scenes. It’s something my husband always looks forward to, just like how I always love to spot the Stan Lee cameo. 😉

Disclosure: No monetary compensation was received for this post. I attended an advanced screening of the movie which helped facilitate this review. Images used with permission from Marvel Studios. As always, my opinions are 100% my own.