In just three weeks, Disney•Pixar’s Coco will open in theaters on November 22. The movie centers on themes about family & the Día de los Muertos tradition.

MAGIC – When aspiring musician Miguel (voice of Anthony Gonzalez) finds himself in the Land of the Dead, all he needs to return to the Land of the Living is a blessing from a family member, a magical marigold petal and a promise he’s not sure he can make. Directed by Lee Unkrich, co-directed by Adrian Molina and produced by Darla K. Anderson, Disney•Pixar’s “Coco” opens in U.S. theaters on Nov. 22, 2017. ©2017 Disney•Pixar. All Rights Reserved.

Coco introduces Miguel an aspiring singer & self taught guitarist who dreams of following in the footsteps of his idol, Ernesto de la Cruz.

NAME THAT TUNE – In Disney•Pixar’s “Coco,” Miguel’s love of music ultimately leads him to the Land of the Dead where he teams up with charming trickster Hector. “Coco” features an original score from Oscar®-winning composer Michael Giacchino, the original song “Remember Me” by Kristen Anderson-Lopez and Robert Lopez, and additional songs co-written by Germaine Franco and co-director/screenwriter Adrian Molina. Also part of the team is musical consultant Camilo Lara of the music project Mexican Institute of Sound. In theaters on Nov. 22, 2017. © 2017 Disney•Pixar. All Rights Reserved.

Despite his family’s baffling generations-old ban on music, Miguel (voice of newcomer Anthony Gonzalez) dreams of becoming an accomplished musician like his idol, Ernesto de la Cruz (voice of Benjamin Bratt). Desperate to prove his talent, Miguel finds himself in the stunning and colorful Land of the Dead following a mysterious chain of events. Along the way, he meets charming trickster Hector (voice of Gael García Bernal), and together, they set off on an extraordinary journey to unlock the real story behind Miguel’s family history. 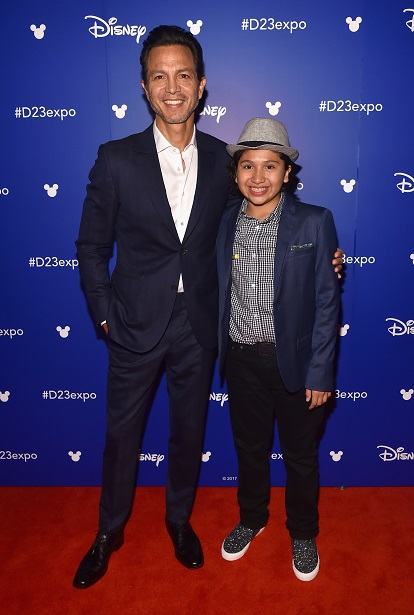 The film looks colorful & amazing! As for the tunes, they sure sound lively & toe-tapping. We can’t wait to watch it on the big screen!

However there’s another BIG reason to watch it in the theater & it has to do with everyone’s favorite snowman from the movie Frozen! Olaf’s Frozen Adventure will be the fun new “short” that plays just before Coco. This 21-minute featurette will showcase four new original songs! It also welcomes back the entire original cast who reprise their characters as Olaf, Anna, Elsa & Kristoff.

These free printable sheets are just the perfect item to keep your little ones busy until the November 22nd movie release. Just make sure that you click this link so that you can access the PDF file for printing. There are 7 activity pages in all! 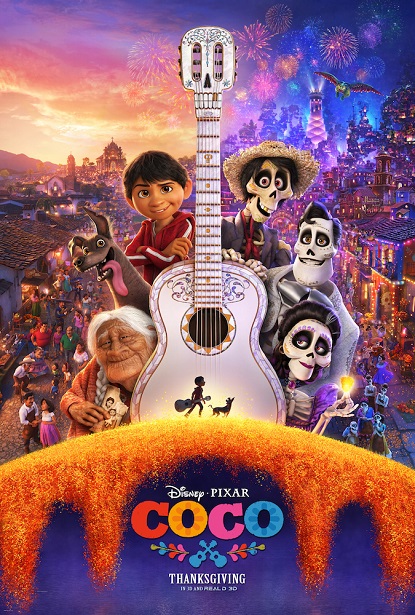 “Coco” opens in theaters on Wednesday, November 22nd!
Visit the official “Coco” website here for more information.
Like “Coco” on Facebook to get the latest updates.