I’m starting a new segment on my blog called Thursday Thoughts. Instead of focusing a blog post on one topic, Thursday Thoughts will be a collection of random thoughts/musings for the week. I’m not sure yet if it will be weekly or bi-weekly, but in any case – here we go! 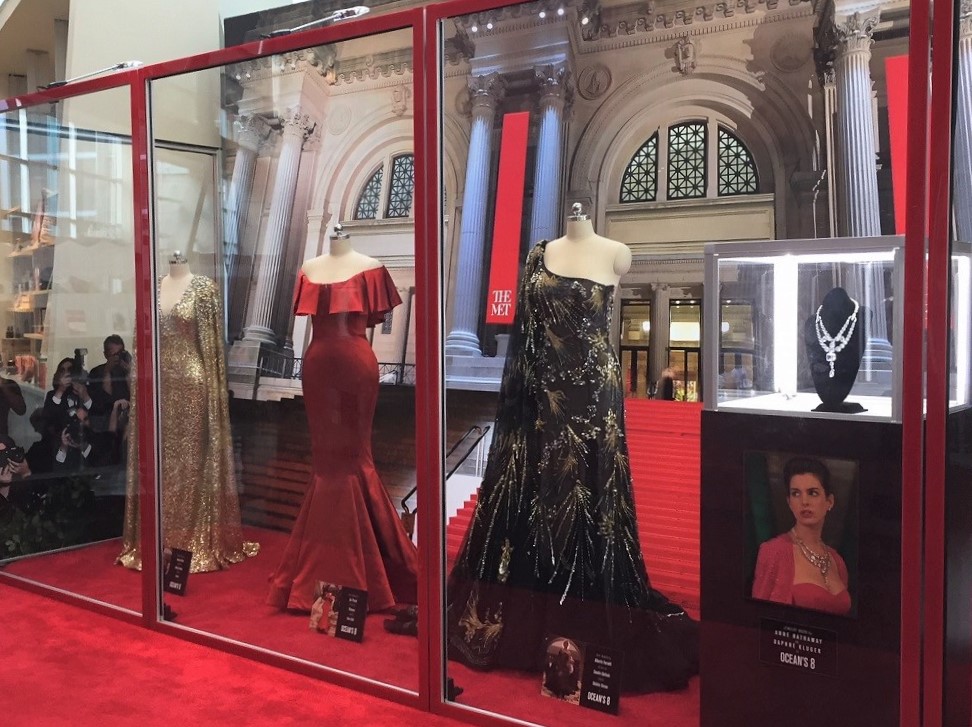 Ocean’s 8
A couple of weeks ago, I went with my sister-in-law to watch an early screening of “Ocean’s 8.” We both liked the movie. The actresses all gave great performances; however in my opinion, Anne Hathaway is the real standout of the film. Some might say she is playing an exaggerated & obnoxious version of herself (her character is an actress), but so what. She does it with a wink & a smile, so maybe the joke is on all of us.

Although it didn’t have the same ‘snap, crackle & pop’ energy & humor as “Ocean’s 11,” I would definitely recommend watching it in the theater. It’s a solid heist movie with lots of eye candy (the fashion, the celebrity cameos at the Met Ball, blingy jewelry)!

Dietland
I’ve watched the first four episodes of “Dietland” & I’m still on the fence about this TV show that airs on AMC. It’s a dark comedy for sure. The lead character, Plum, works for a fashion magazine as a ghost writer & struggles with her weight. The show brings up interesting points about body positivity, feminism, unrealistic beauty industry & sexual harassment. I like the show’s premise & there is a murder mystery angle, so I’ll keep watching it, for now.

C.B. Strike
This limited series airs on Cinemax & is based on books written by J.K. Rowling under the pseudonym Robert Galbraith. Somehow I totally missed seeing this in bookstores. It’s a murder mystery TV show based in London. Cormoran Strike is a detective (and a bit of a curmudgeon) but it’s the office manager/secretary Holliday Grainger that is the TV show standout.

Succession
Honestly I am ready to pull the cord on this HBO show. I’ve seen X number of episodes & it isn’t getting any better. The show is about a media mogul played by Brian Cox who is getting ready to hand over the reins to his son. At the last minute, he decides to delay his retirement, causing his adult children to lose their minds.

When I first heard about the TV show, it sounded intriguing, sort of like “Billions” but instead of being set in the hedge fund world, it revolves around a media conglomerate (think 21st Century Fox). The premise was promising, like an insider’s take of Rupert Murdoch or Sumner Redstone. However, there are no redeeming qualities in any of the characters. There is no one to root for, except for maybe the clueless nephew.

Set It Up
I watched this Netflix movie last Friday night & was pleasantly surprised. This rom-com stars Taye Diggs & Lucy Liu, who are the workaholic bosses of Glen Powell (you know him from “Hidden Figures” & “Scream Queens”) & Zoey Deutch. Zoey is adorable & by the end of the movie, you’re really rooting for her character to get it together. The movie is like a mash-up of “The Devil Wears Prada” & “You’ve Got Mail.” I recently recommended it to a friend of mine (who liked it a lot), although it also gave us flashbacks of our horrible boss that we used to work for – lol!

Disclosure: All images & opinions are 100% my own.