Recently I was invited to a Turtle Tale event to support the DVD, Digital and On Demand release of Turtle Tale: Live-Action Feature. 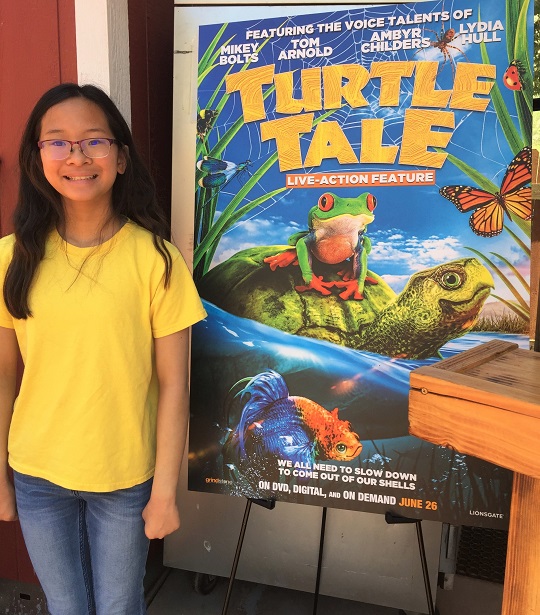 My daughter & I arrived at Reptacular Animals in the mountains above Sylmar (a Los Angeles suburb in the San Fernando Valley) for an afternoon of fun featuring hands-on interaction with turtles, tortoises & turtle crafts.

First up…we met Jungle Jane of Reptacular Animals who schooled us in the differences between tortoises & turtles. Turtles & tortoises are both reptiles; however, tortoises live on land, while turtles generally live in the water all or most of the time. 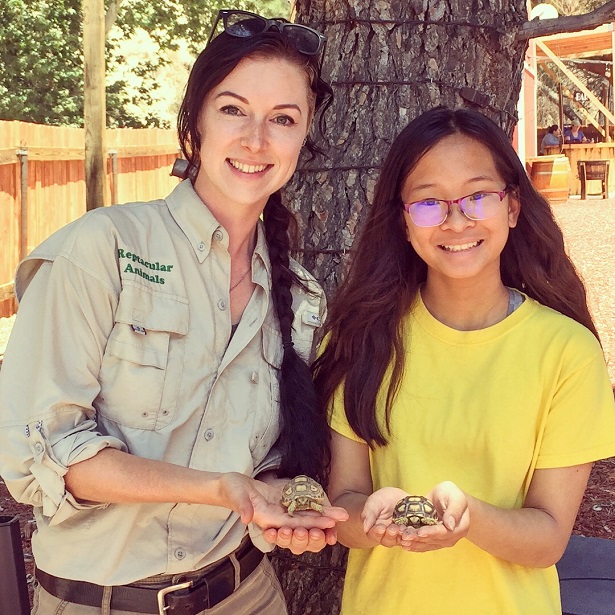 Some turtles do spend quite a bit of time on land, like the box turtle & sometimes people mistake them for tortoises. Another way to tell the difference between a tortoise & a turtle is that turtles have webbed feet (for swimming)!

One of the turtles that we got to touch is an aquatic turtle. This turtle reminded me a lot of Rafi, the girl turtle in Turtle Tale (more on that later). 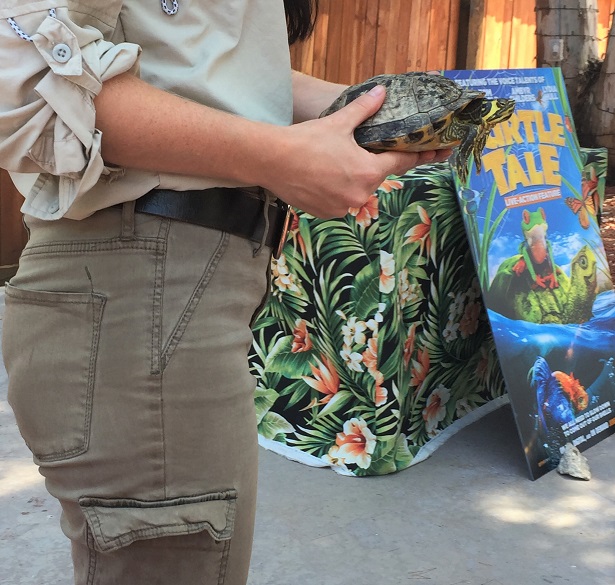 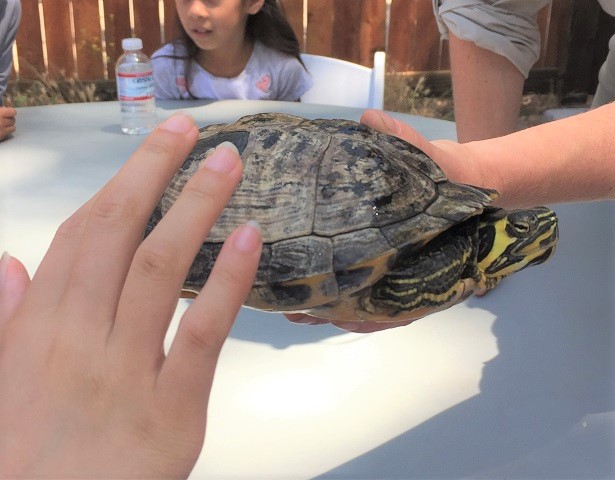 After learning additional fun facts about turtles & tortoises, it was time to visit Tortoise Town! Sadly, the original structures holding the tortoises were burned during last year’s devastating Sylmar fires & so the area we visited is a temporary “Tortoise Town” while the new ones are being built. Not to worry, ALL of the animals at Reptacular Ranch were evacuated before the fires got too close! 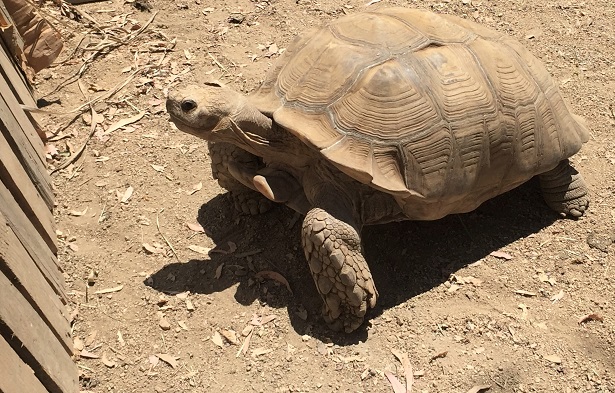 Following the trip to Tortoise Town, we were treated to a yummy lunch & then it was time for some turtle crafts provided by Pincel Box! 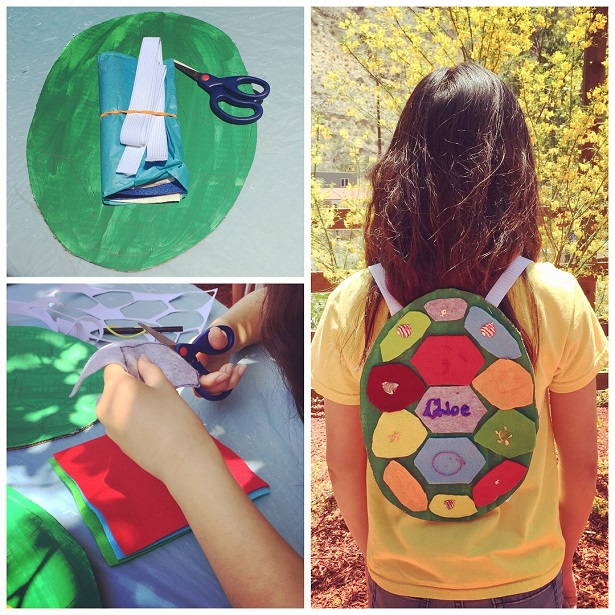 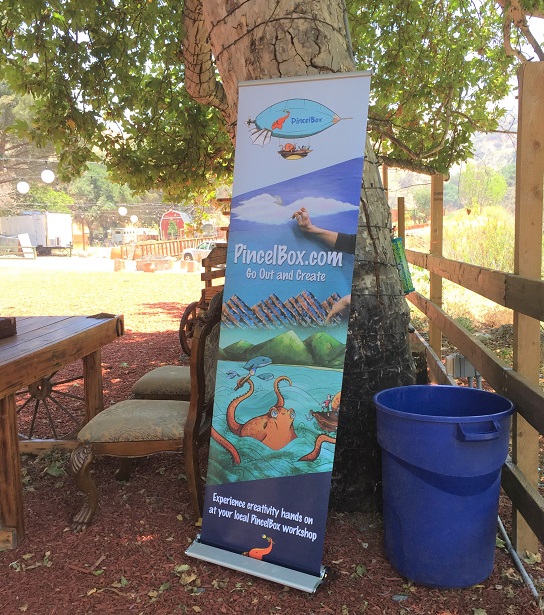 The kids got to make a fun turtle “backpack” shell & paint a ceramic turtle. Even some of the moms got in on the craft making!  😉 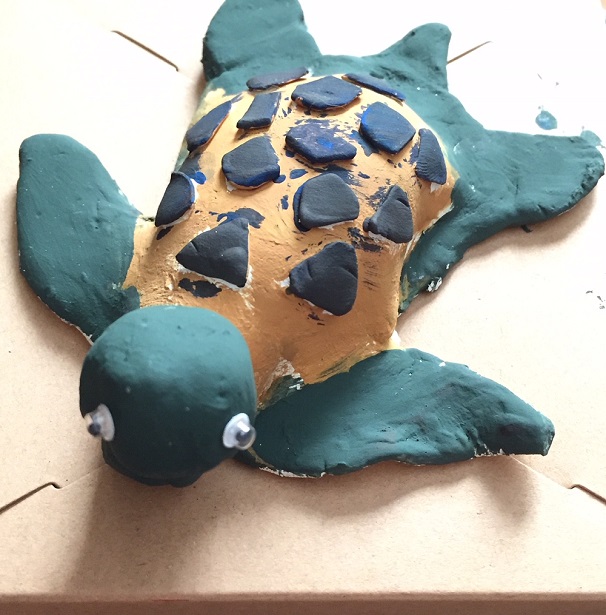 It was a blast learning more about our slow-moving friends in support of Turtle Tale, a lighthearted & sweet film with an encouraging message. Turtle Tale centers on Calvin Churchill, a teenager who figuratively “loses his way” (emotionally speaking), much like Hank the box turtle in the movie, literally loses his way! 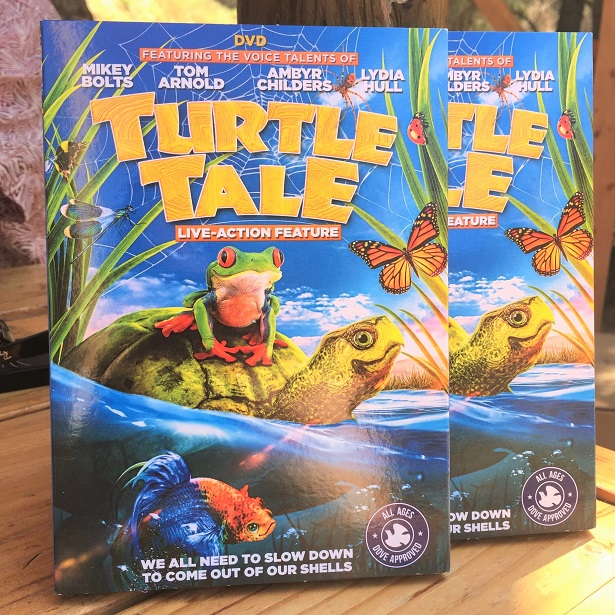 Ever met a talking turtle? Follow the adventures of sassy, outspoken box turtles Rafi and Hank and their friend, a gruff snapping turtle named Goliath. After vandals break into a nature park and kidnap Hank, it’s up to Rafi and Goliath to hit the trail in search of their missing friend. Meanwhile, the humans that care for the turtles are having their own wild and unpredictable summer. Come out of your shell and enjoy real-life laughter, romance, and fun in the Florida sunshine.

Calvin is a typical teenager, a bit self-involved & totally obsessed with skateboarding. When an accident occurs, he meets Kyle, a young Asian-American boy. Eventually this leads to Kyle volunteering at a nature park, where he meets Sarah the director of the nature park & Marlie, Sarah’s niece & park volunteer.

When Hank (a box turtle) & JR (an owl) go missing, Calvin & his friends frantically search for the animals. Even Rafi & Goliath get in on the action to find their fellow turtle friend! Will all of the animals return to the park? You’ll have to watch Turtle Tale to find out!

My family really enjoyed the movie. As a parent, I was thrilled that the film highlighted the importance of rescue animals, how both animals AND humans deserve second chances & the power of friendship.

Thanks Lionsgate for hosting such a fun event! 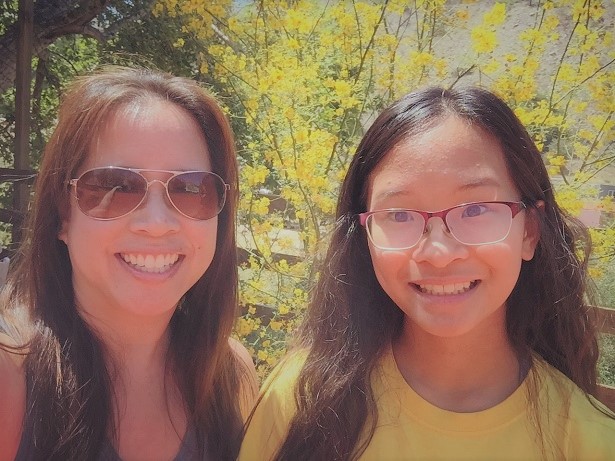 Disclosure: No monetary compensation was received for this post. I attended a media event & received a complimentary copy of the movie which helped facilitate this review. All images & opinions are 100% my own.