That’s From Disneyland is a pop-up exhibit in Sherman Oaks. 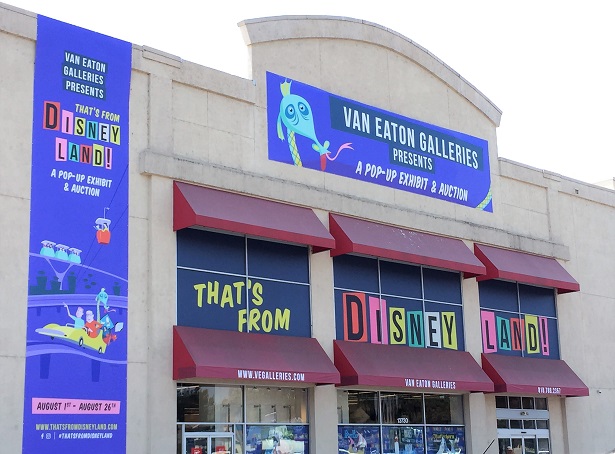 It’s free to the public & runs from August 1-24. Disney fans will be able to get up-close to items such as “Mr. Toad’s Wild Ride” attraction vehicle & other Disneyland memorabilia. 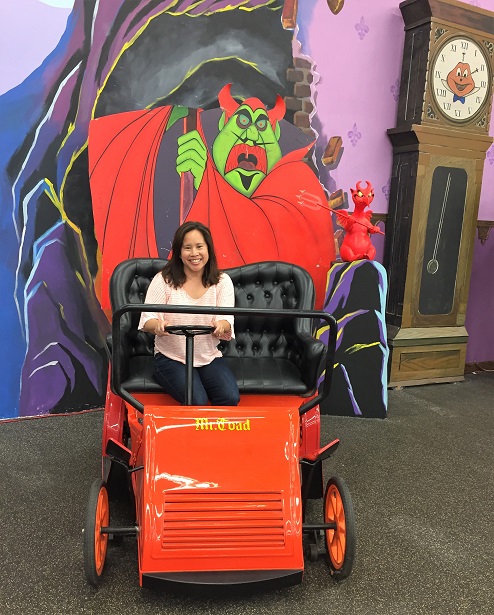 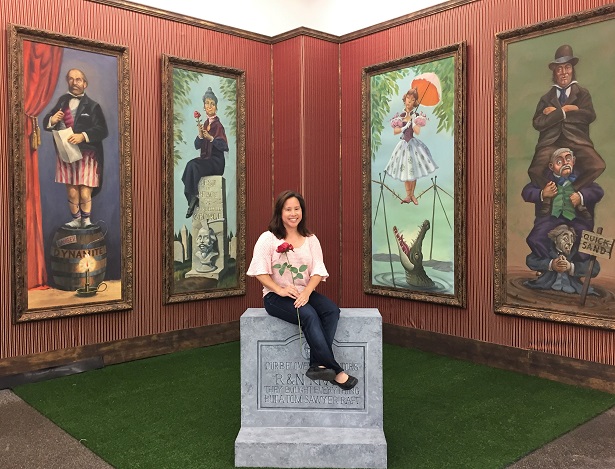 After the FREE exhibit ends on August 24th, there will be a two-day auction on August 25 & 26, taking place on-site. All of the items in the exhibit will be up for sale.

I mean, who wouldn’t want to have Jose from the Tiki Room waking you up in the morning?! 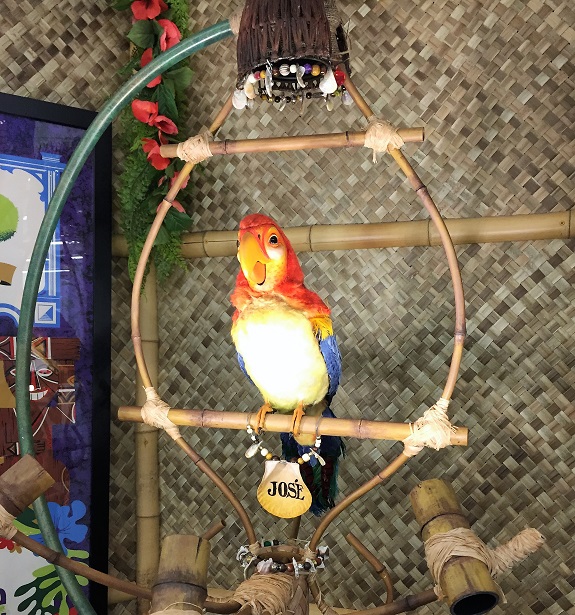 Instead of a garden gnome in your backyard, why not have this little guy from “It’s A Small World” in it? 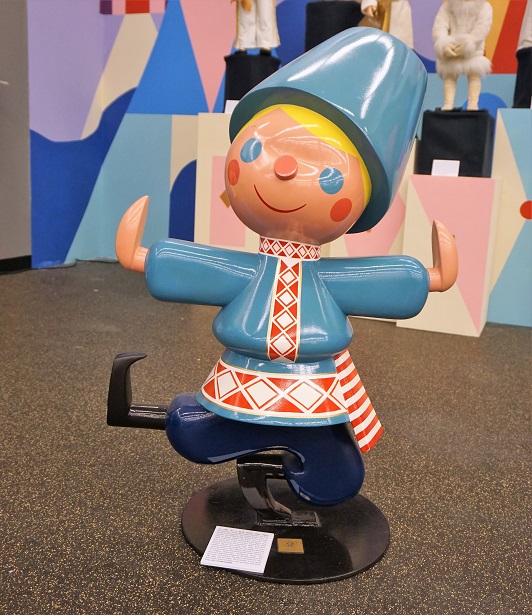 I have fond memories of watching Country Bear Playhouse. I used to love going inside the cool, air conditioned theater. Sitting on the benches gave us a nice break from standing in line for rides. Plus I got a kick out of watching the bears sing! 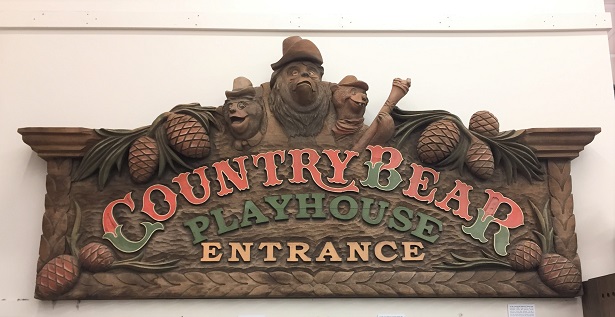 Remember the Submarine Voyage? You can take selfies with the giant Sea Serpent from the Disneyland attraction. That’s Mindy, blogger from This Fairy Tale Life, posing with it! 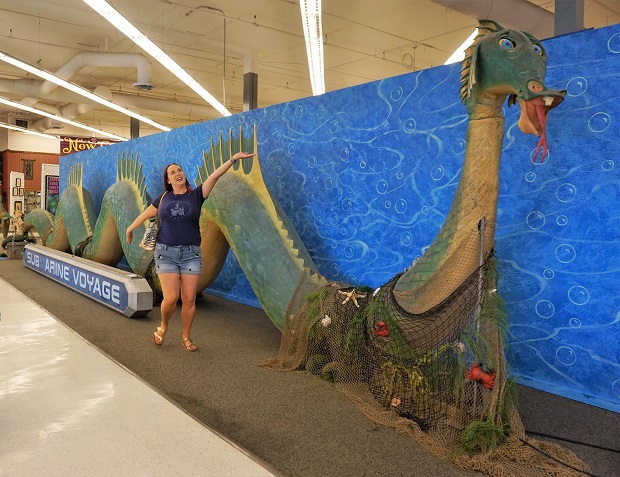 Mindy from This Fairy Tale Life posing with the Sea Serpent

With over 750 Disneyland items, spanning over six decades, the collection is massive. You’ll be surprised to know that all of these Disney collectibles are owned by one person, Richard Kraft. Richard is an agent who represents composers for film & Broadway, including such legends as Alan Menken, Danny Elfman & Richard M. Sherman. 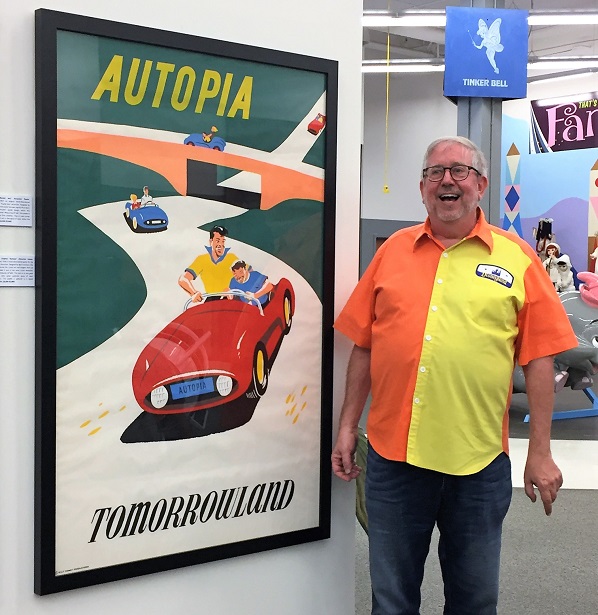 Richard Kraft standing next to the very first piece of his Disney collection.

So how did this collection come about? You’ll have to start at the beginning of Richard’s childhood, when his family would drive from Bakersfield to Anaheim for their annual trip to Disneyland. Richard’s older brother was terminally ill & they would schedule the Disneyland visit when his brother was feeling at his best.

When his brother passed away 25 years ago, Richard visited Disneyland. It was then that he decided to start collecting Disney memorabilia because it gave him a sense of connection with his brother & those happy childhood memories.

I spoke to Richard’s son Nicholas, who recalls fond memories of Dumbo (pictured below) suspended from the living room ceiling of their home. Nicholas said that they would dress Dumbo up for special occasions, like a Pilgrim hat for Thanksgiving or a red nose for Rudolph at Christmas. 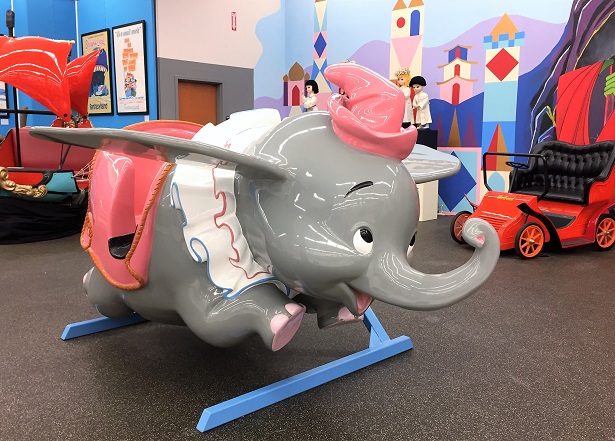 So why sell the collection? According to Richard, It just reached a point that it was time to let it go. Another reason, one that is dear to his heart, is his 4 year old daughter with special needs. A portion of the auction’s proceeds will go to benefit the Coffin-Siris Syndrome Foundation & CHIME Institute For Early Education, two organizations that help children with special needs.

He didn’t want to just have an auction though. Richard wanted to say goodbye in a grand way, a “bon voyage party” if you will. It was important to Kraft that the pop-up exhibit was free so that families could visit, see all of the Disneyland items & reminisce. Said Kraft, “Disneyland is a powerful memory for everybody.”

In addition to the exhibit, there will be fun events happening at “Club Kraftland,” the upstairs portion of the exhibit space. 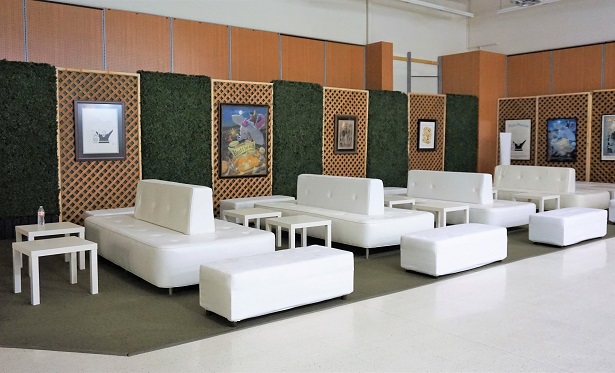 This past Sunday, I attended the Totally ’90s DisneyBound Party, hosted by actress Caitlin McHugh-Stamos & Leslie Kay of DisneyBound. 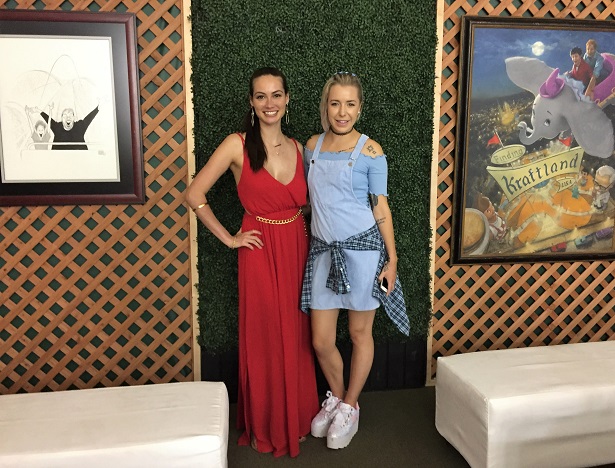 There was awesome ’90s music playing, courtesy of DJ Jaimee. 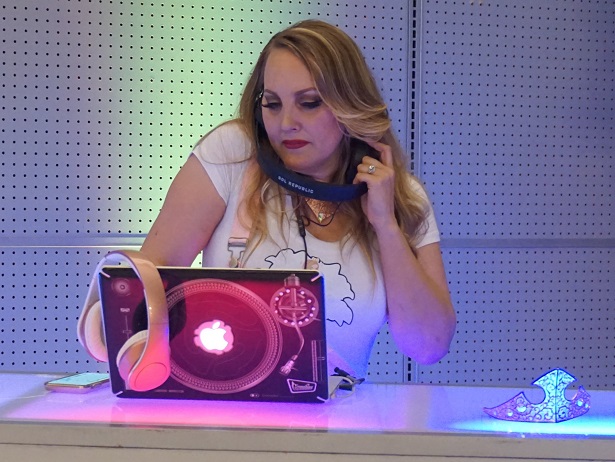 Tons of fans, dressed to the nines! 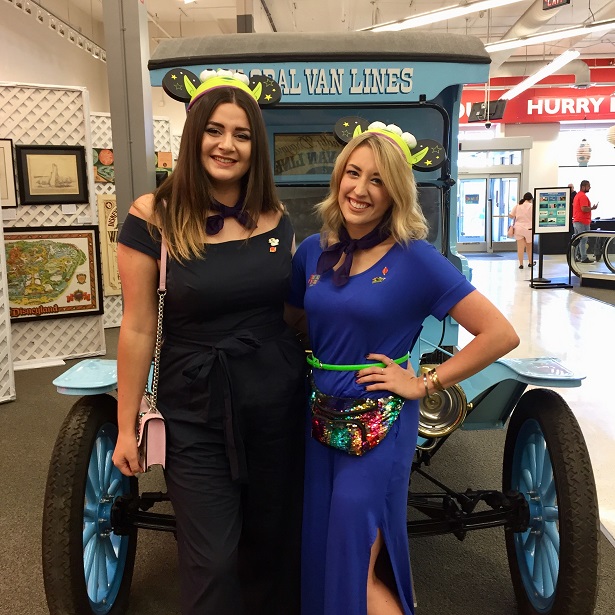 They had sweet treats & Disney merch! 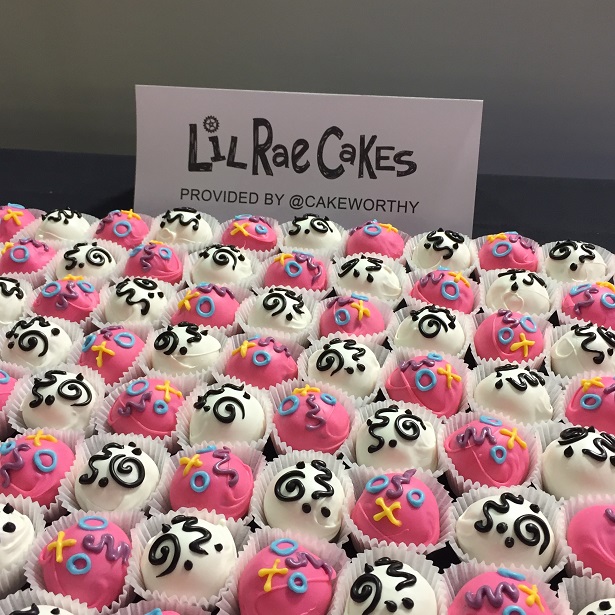 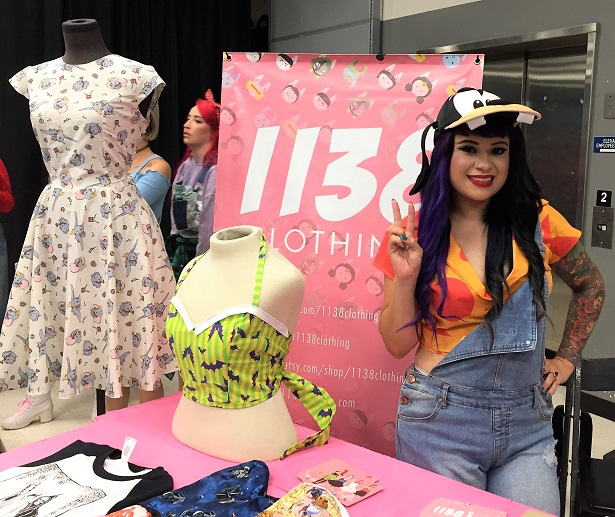 The pop-up exhibit is completely free & open to the public from August 1-26, every Wednesday-Sunday from 12 noon to 8pm. Visit the website for more information & don’t forget to check out those special events listed on the site, which include special singing performances & a signing with pop-culture artist Shag. Come for the exhibit, but stay for the entertaining festivities!

Disclosure: No monetary compensation was received for this post. I was invited to attend as a member of the media. My opinions & images are 100% my own.