The official movie premiere for Rogue One: A Star Wars Story was this past weekend.

Although I didn’t get to attend the red carpet screening, I did catch an early preview on Monday with my hubby…can you say awesome date night?! The film opens tomorrow – Friday, December 16th & I just know that the fans all over the world are anxious to watch it. So what can you expect from it?

From Lucasfilm comes the first of the Star Wars standalone films, “Rogue One: A Star Wars Story,” an all-new epic adventure. In a time of conflict, a group of unlikely heroes band together on a mission to steal the plans to the Death Star, the Empire’s ultimate weapon of destruction. This key event in the Star Wars timeline brings together ordinary people who choose to do extraordinary things, and in doing so, become part of something greater than themselves.

The movie is full of action & it’s more serious & darker in tone in comparison to Star Wars: The Force Awakens. However there are some humorous lines, courtesy of droid, K-2SO.

Felicity Jones plays Jyn Erso, the kick-butt lead in the movie. Diego Luna gives a layered performance as Cassian Andor. When the characters first meet, there is a certain level of mistrust between them. In time, the antagonism wears off & they both unite for the common good of their mission. 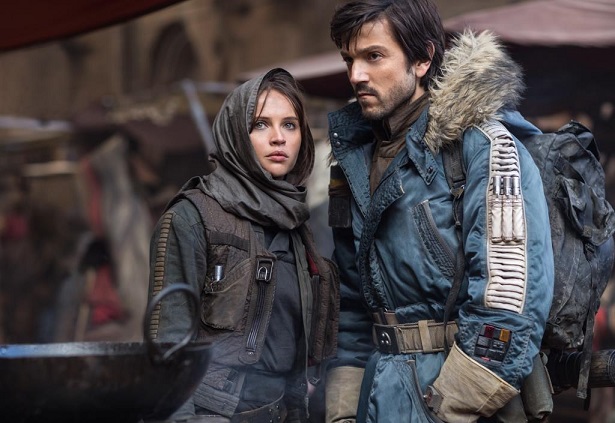 Rounding out the characters in a supporting role are two Asian actors who play Chirrut, a blind monk & Baze, a loyal soldier. I really enjoyed watching their friendship on screen & their scenes with the rest of the cast. 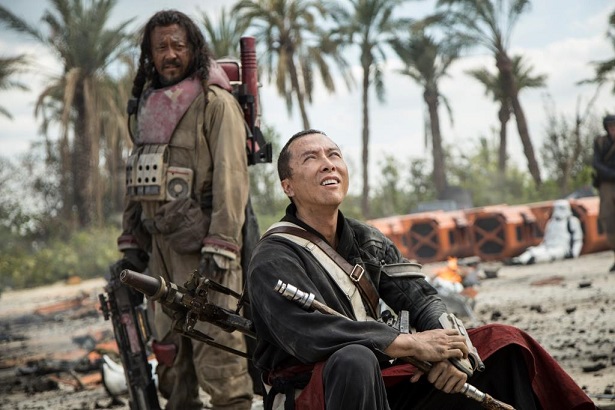 Last, but not least, is cargo pilot Bodhi Rook who works for the Empire but changes course when faced with a harsh truth. Bodhi’s character is played by Riz Ahmed. Fun fact: You may recognize him from HBO’s “The Night Of” although it took me a better part of the movie to finally place him. 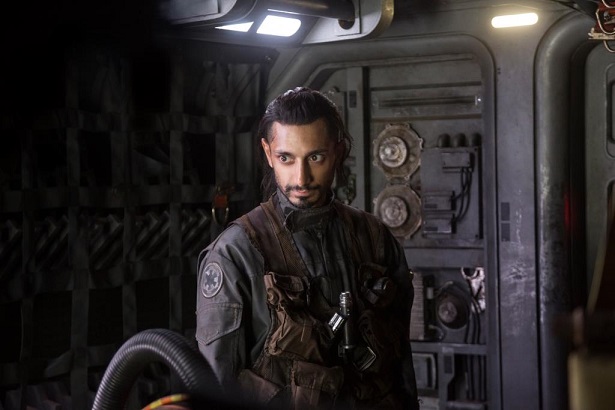 Overall I enjoyed the movie & found it entertaining. Star Wars super fans & casual fans (like me) will appreciate the expanded backstory & the new characters that this movie brings. The movie adds depth to the Star Wars storyline & fills in the time gap between 2005’s Star Wars: Episode III Revenge of the Sith & Star Wars: Episode IV A New Hope. I for one, look forward to bringing my daughter to watch it on opening weekend! 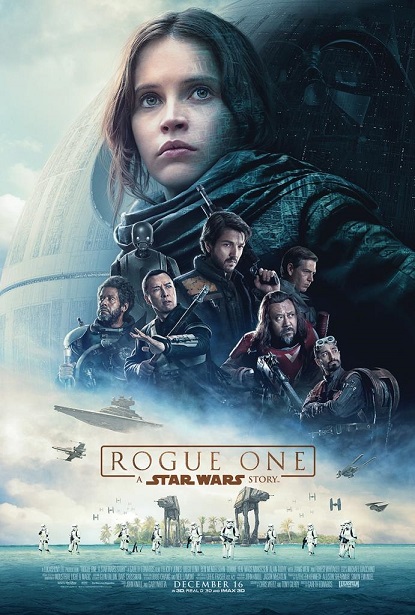 Disclosure: No monetary compensation was received for this post. I attended an advanced screening of the movie which helped facilitate this review. Images are used with permission. As always, my opinions are 100% my own.