Black Widow spins into theaters and Disney+ on July 9th. Scarlett Johansson reprises her role as the titular character, Black Widow (aka Natasha Romanov). Joining her onscreen in this latest movie from Marvel Studios is Florence Pugh (star of Little Women and Midsommar) who plays Yelena. 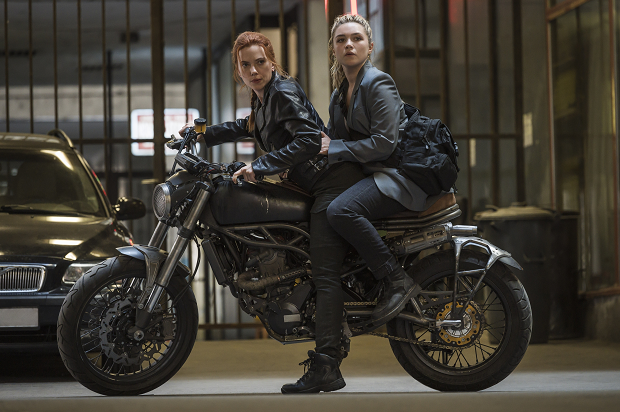 The movie opens in Ohio. The year is 1995 and we see a young girl riding a bike. The events that transpire after she arrives home, set things in motion for who we later discover is Natasha and Yelena. The two young girls make a quick escape with their parents, saying goodbye to America. After their plane touches down, it’s revealed that this is not your ordinary family, but in fact, they are Russian spies.

In Marvel Studios’ action-packed spy thriller “Black Widow,” Natasha Romanoff aka Black Widow confronts the darker parts of her ledger when a dangerous conspiracy with ties to her past arises. Pursued by a force that will stop at nothing to bring her down, Natasha must deal with her history as a spy and the broken relationships left in her wake long before she became an Avenger. Scarlett Johansson reprises her role as Natasha/Black Widow, Florence Pugh stars as Yelena, David Harbour portrays Alexei/The Red Guardian, and Rachel Weisz is Melina.

Fast forward to 21 years later and Natasha is on the run from authorities, namely Secretary Ross played by William Hurt (Captain America: Civil War). Forced to go into hiding in Norway, Natasha holes up in a trailer procured by her friend/business associate, Mason, played by O-T Fagbenle (The Handmaid’s Tale). 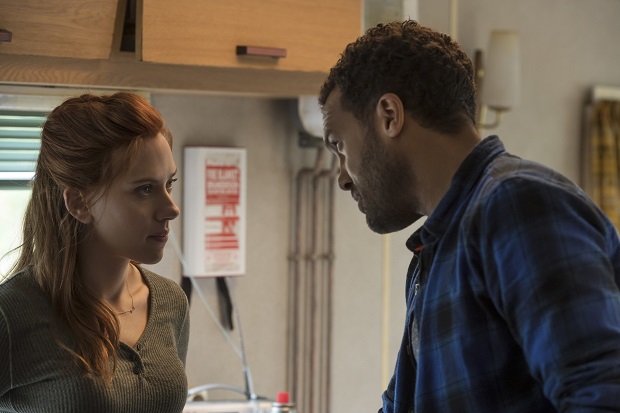 A few scenes later, we see Natasha reunite with a now grown-up Yelena in what I can only describe as a tense standoff that is reminiscent of a Bourne movie. It seems that little sister is part of a group of top spy assassins, called Widows, who come from the same program that trained Natasha and follow orders from General Dreykov.

The film is not like your typical MCU movie and more of a spy thriller. Think the Bourne trilogy or the Mission: Impossible movies. I really enjoyed the storyline as it explored the “family” dynamics between Natasha and Yelena, as well as their “parents” played by David Harbour (Stranger Things) and Rachel Weisz (About a Boy). 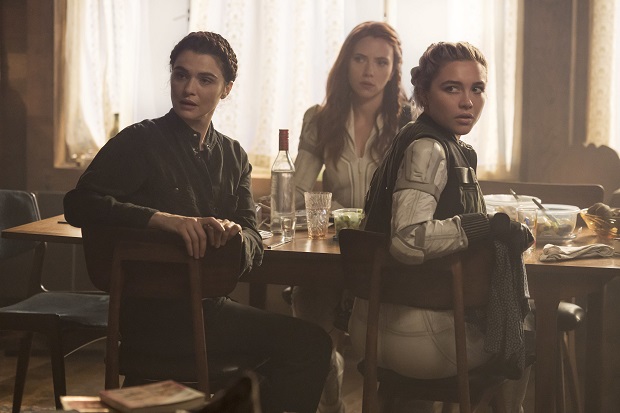 The movie is action-packed and wonderfully directed by Cate Shortland. Black Widow is peppered with snarky humor, with Yelena and Natasha bickering throughout in that sisterly way. In fact there is a scene where Yelena teases Natasha that had me LOL-ing. When you watch the movie, you’ll know exactly what I mean!

Disclosure: No monetary compensation was received for this post. I was provided a digital screening of the movie which helped facilitate this review. Images used with permission from Marvel Studios. As always, my opinions are 100% my own.