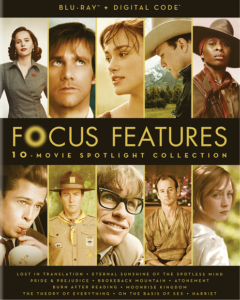 With the holidays only 3 months away, it’s never too early to start holiday shopping. From Universal Pictures Home Entertainment comes some of the studio's most treasured and beloved films packaged in special collections that are perfect for holiday gift giving! Since its founding in 2002, Focus Features has been synonymous with innovative and critically acclaimed filmmaking. The iconic studio presents their renowned films that illuminate some … END_OF_DOCUMENT_TOKEN_TO_BE_REPLACED 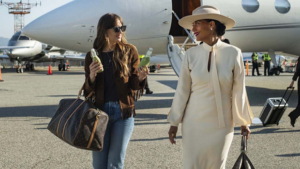 "The High Note" is a dramedy that centers on Grace Davis, played by Tracee Ellis Ross (Bow on "Black-ish") and Maggie, played by Dakota Johnson (Anastasia in the "Fifty Shades of Grey" movies). The film takes place in Los Angeles with lots of iconic shots of the Capitol Records Building, LA skyline, and even the infamous Canyon Country Store on Laurel Canyon Blvd. The funky grocery store is the setting of Maggie and budding musician David’s … END_OF_DOCUMENT_TOKEN_TO_BE_REPLACED 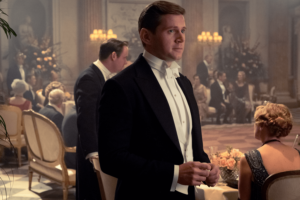 It’s been a little over 3 years since the series finale of “Downton Abbey” aired on the small screen. Fans of the television show, myself included, were thrilled to see storylines wrapped up neatly - Edith finally found love and got married, Anna and Bates have a baby, kitchen helper Daisy becomes smitten with Andy, and so on. So when I first heard about the “Downton Abbey” movie, I was thrilled beyond belief! Would the entire cast come back? … END_OF_DOCUMENT_TOKEN_TO_BE_REPLACED 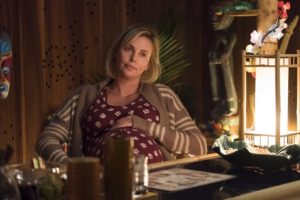 Tully is film that takes an unflinching look at motherhood. Recently I watched an early screening, along with other mom bloggers & influencers at a special event in Culver City. Charlize Theron plays Marlo, a harried mom of two children with a baby on the way. We see her going through the motions of making dinner, school pick-up & drop-off. As she gets closer to her due date, you can see the exhaustion written all over her face, … END_OF_DOCUMENT_TOKEN_TO_BE_REPLACED