It’s been a little over 3 years since the series finale of “Downton Abbey” aired on the small screen. Fans of the television show, myself included, were thrilled to see storylines wrapped up neatly – Edith finally found love and got married, Anna and Bates have a baby, kitchen helper Daisy becomes smitten with Andy, and so on.

So when I first heard about the “Downton Abbey” movie, I was thrilled beyond belief! Would the entire cast come back? Would it be able to capture the same magical spark that brought joy to so many, week after week? Thankfully the answer to both is yes, and yes!

Last week, I was invited to a special screening hosted by Focus Features with cast interviews to follow. I’ve been a fan of the show since season one and I was super eager to watch the movie. 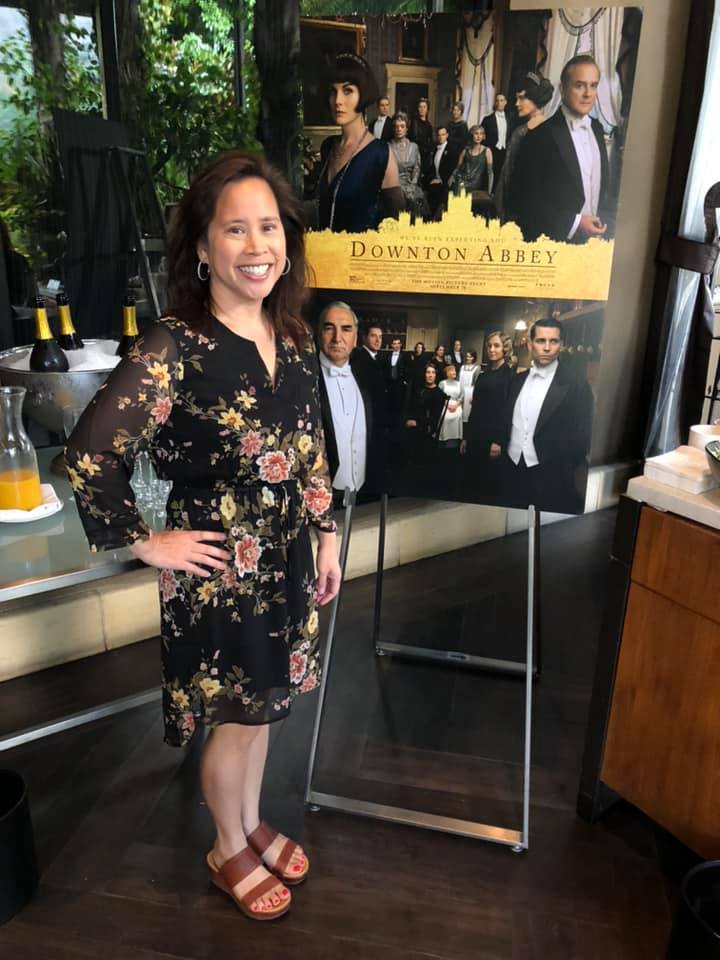 The movie opens with the delivery of a special letter from Buckingham Palace. Suddenly Downton is abuzz with excitement as news of the upcoming royal visit by King George V and Queen Mary spreads.

Lady Mary (Michelle Dockery) oversees the event planning at Downton, while the downstairs staff makes preparations. Wanting everything to go smoothly, Lady Mary persuades Carson to briefly come out of retirement and move back to the house, so as to ensure that the momentous occasion goes off without a hitch.

The plotlines that follow are in true Downton Abbey form. Resentment grows between the royal staff and the Downton employees. Everything comes to a head during the dinner service and there’s a hilarious moment involving Molesley (Kevin Doyle).

There is also a storyline involving Tom Branson (Allen Leech), whose loyalty is quietly called into question and another subplot involving Thomas Barrow (Robert James-Collier), who forms a new friendship that leads to something more.

A subplot between Lord Grantham (Hugh Bonneville) and his cousin (Imelda Staunton) that involves an inheritance gives the Dowager Countess (Maggie Smith) an opportunity to play detective. Naturally Dame Maggie Smith gets all of the best lines, especially when she is interacting with Isobel (Penelope Wilton). 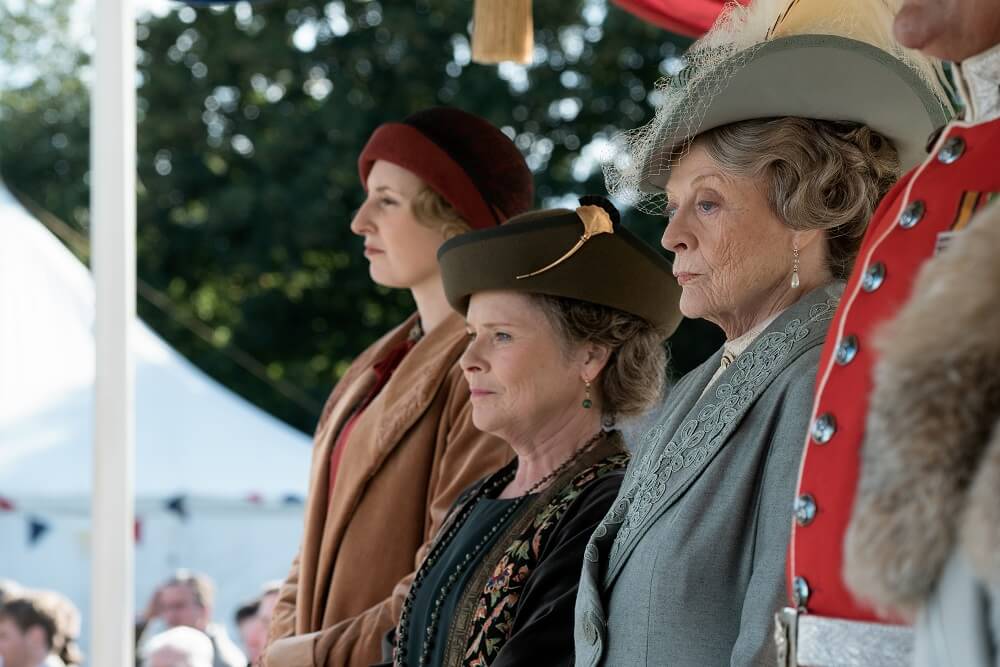 Speaking of Maggie Smith, here’s what Allen Leech had to say about his co-star, “Maggie Smith is as good as Maggie Smith is, but she can only be as good as who she is fighting against.” Adding, “I think Dame Penelope Wilton is a very worthy adversary for her and I think she does a wonderful job. I think [that] people really enjoy Maggie because they enjoy Penelope as well.” 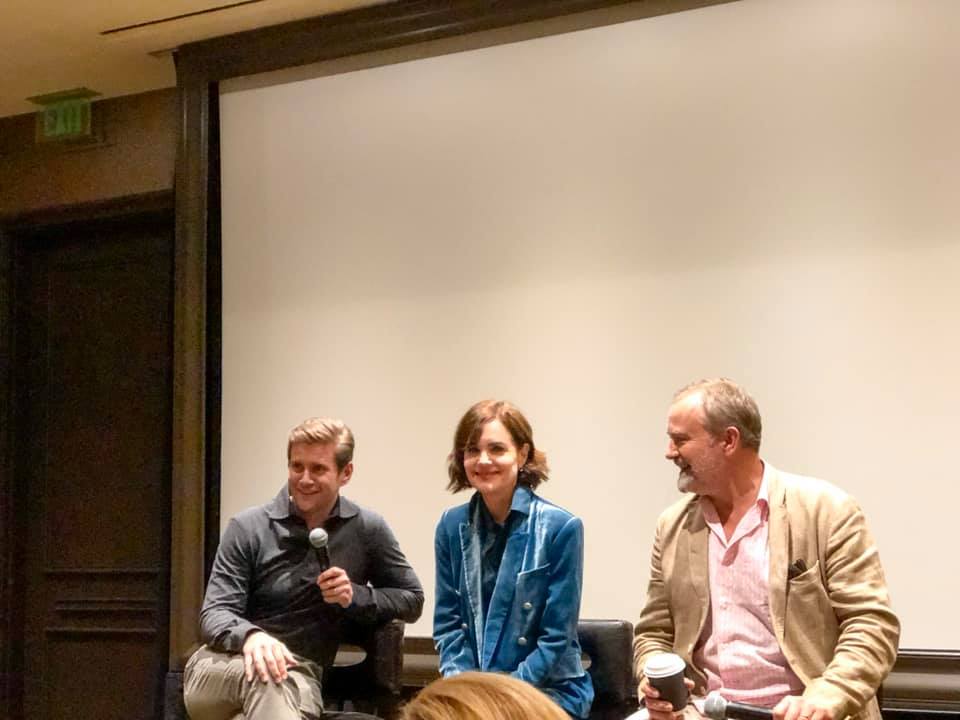 What was the atmosphere like on the “Downton Abbey” film set when everyone reunited? Check out the video below and hear what Elizabeth McGovern had to say!

The movie is thoroughly entertaining, from beginning to end. There is humor and heart, as well as a bittersweet moment late in the film that is sure to make you misty-eyed (I know mine sure did). If you’re a fan of the “Downton Abbey” television show, you’re going to love the movie!

Thanks Focus Features for hosting this wonderful event! 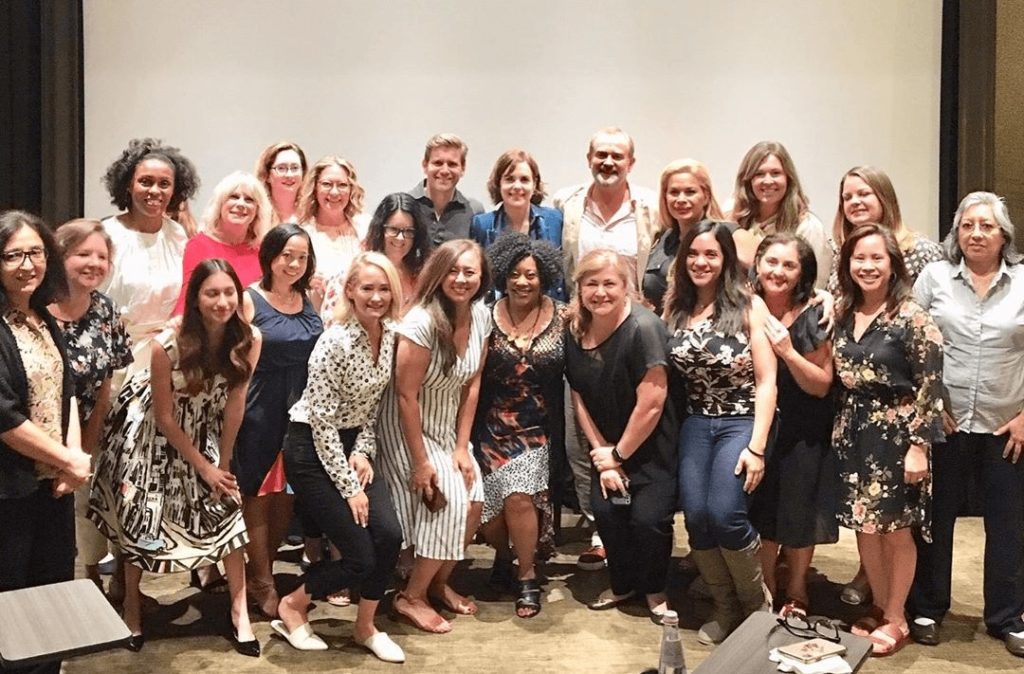