Every so often, a unique movie comes along that you instantly know you want to see. That had been happening to me the past few months as I saw trailers for Gifted. I was thrilled to head out to a screening that was in conjunction with The Pasadena Film Festival and attend the press junket the following week.

Director Marc Webb, whom I have loved since his incredible feature-length directorial debut with (500) Days of Summer, returns after a stint with the latest Spider-Man movies with his latest gem, Gifted. Gifted tells the story of Mary (McKenna Grace), a precocious, spunky little girl who is being raised by her Uncle Frank (Chris Evans) and with the help of their heart of gold neighbor, Roberta (Octavia Spencer).

We first meet Mary on what is a difficult day for Frank: He is letting her go to school. While this may sound odd, granted, Mary should easily be a 2nd or 3rd grader, Frank has shied away from letting his niece go to school as she is, well, different.

When Mary’s teacher, Bonnie (Jenny Slate), discovers that her newest pupil is answering math questions even one with a college degree would find impossible, she realizes Mary is gifted. Little does she know is that Mary’s family and her Mom, particularly, are some of the most gifted and educated mathematicians around. 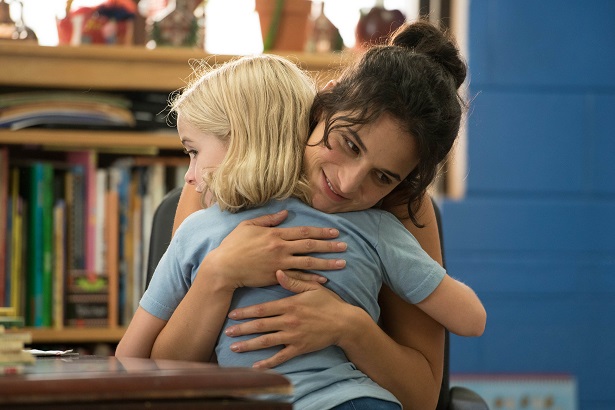 As her Uncle struggles to keep his niece’s life as normal as possible, Franks’s mother intervenes and wants Mary to attend the finest schools and have the most lavish life possible. Thus, creating a bitter custody battle.

Gifted delivered on so many levels. There is humor, there are plenty of tears. Webb has certainly returned to his roots of filmmaking that will pull on your heart-strings. Amazed by what a strong cast Webb recruited, I could not wait to attend the press day for the film at Beverly Hills’ Four Seasons, and hear from Evans, Grace, Slate and Spencer what drew them to their roles and what the process was like.

“It was one of the best experiences I’ve had on a film set.” explained Evans, who is, of course, best known as Captain America, “(We knew) we struck gold with McKenna. When Marc and I first auditioned all the young girls, and no dis-respect to all of them, it was very clear that after McKenna walked out that we found our girl.” While our young star, Grace, adds “It was such a great role to play. Mary is such an emotional little girl and it was a really great, fun role to play because I was surrounded by so many nice people on set everyday.”

“The reason this movie floats is sitting right next to me,” added Evans, pointing to his shining young co-star. Seeing the genuine bond between young McKenna and Chris, it became very clear to me why this movie is so poignant and moving: The cast and crew really cares for one another. And, Evans even organized game nights!

“Chris is a big game night guy.” explained Spencer with Slate, “It was pretty great but very different from what we could do with McKenna.” As giggles arose as the ladies recalled fun times while filming on location in Georgia, I was anxious to ask them what drew them each to their roles. Especially, Jenny as she has been known for her more zany, wild child characters in Parks and Recreation and Girls. 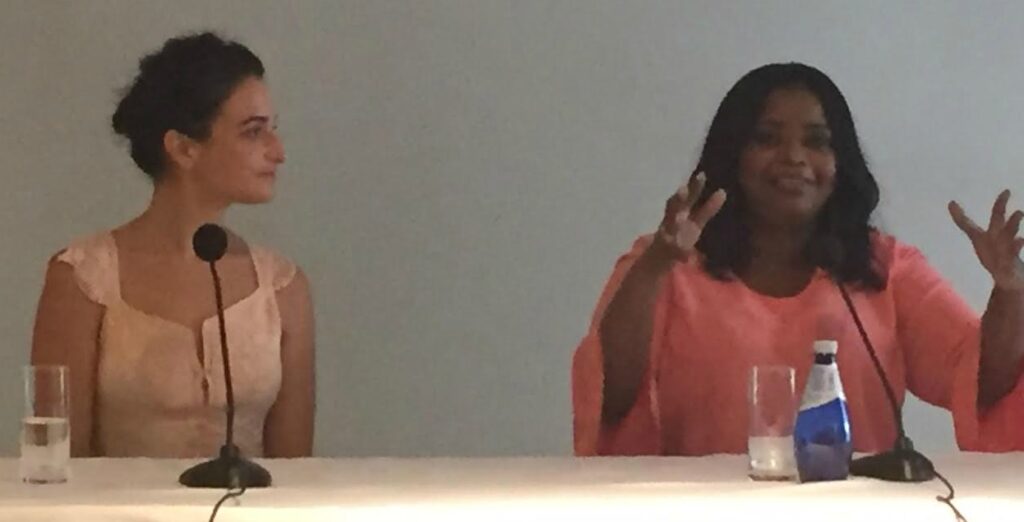 “This role was meaningful to me in many ways,” she explained, “It’s really good for me to remind myself that I can be more still and have a steady hand. And, more personally, I think as an adult I’ve always felt a little like an imposter adult. Especially, since being an actress was a childhood dream of mine.”

While Spencer had to add, “I don’t do a role based on how big the part is. I really loved this beautiful story about an unconventional family surrounding this brilliant little girl and the fact that these 2 family members couldn’t resolve how to raise her. I feel like this is something people face everyday.” She went on to say how much she hopes that Gifted will remind families in similar situations how this affects the children involved.

And, how can I not mention another star of the film: Fred. Fred is Mary’s one-eyed cat in the story and while he could not make the press day, he had his friends available for adoption from Best Friends LA on hand. It was absolutely adorable and I know every moviegoer out there will fall in love with Fred just as we all did! 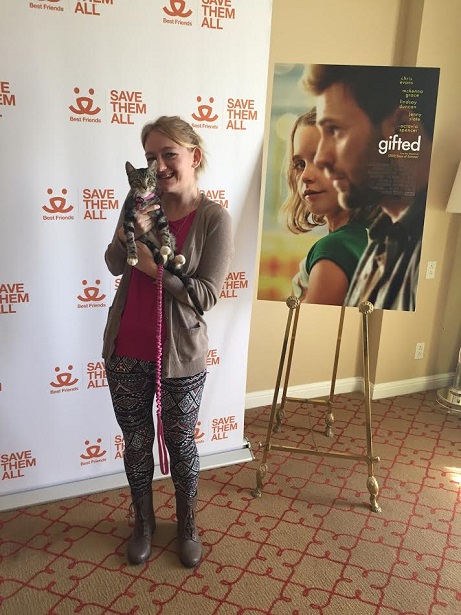 One of the many cats from Best Friends I got to meet!

“Gifted” opens in select theaters on April 7th, with a nationwide release on April 12th. 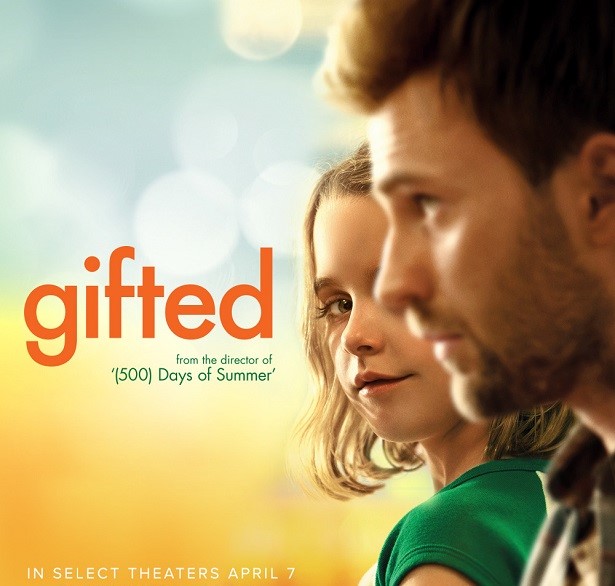 The story and characters are fantastic and I am already considering seeing it again! Learn more on their website HERE.

Disclosure: This post was sponsored by the Role Mommy Writer’s Network. My contributor, Mary Lansing, attended the film screening & media event. All images & opinions are her own unless otherwise noted.