Victoria & Abdul is a movie “Based on real events…mostly.” That’s the opening line of the film, which is typed on the screen & a great way to intro the movie (IMHO – but more on that later). At the beginning of the movie, you see Abdul Karim’s humble beginnings as a clerk in Agra. At the other end of the spectrum is Queen Victoria with a royal staff & a team of servants, who assist her with everything from getting dressed in the morning to reviewing her daily agenda of countless ceremonies & royal parties. So how exactly does Abdul’s life intersect with Queen Victoria? 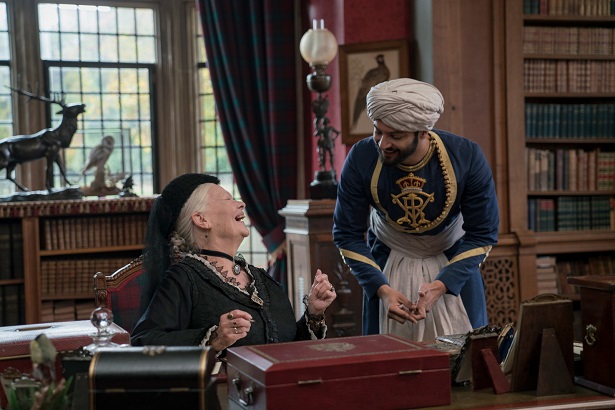 The extraordinary true story of an unexpected friendship in the later years of Queen Victoria’s (Academy Award winner Judi Dench) remarkable rule. When Abdul Karim (Ali Fazal), a young clerk, travels from India to participate in the Queen’s Golden Jubilee, he is surprised to find favor with the Queen herself. As the Queen questions the constrictions of her long-held position, the two forge an unlikely and devoted alliance with a loyalty to one another that her household and inner circle all attempt to destroy. As the friendship deepens, the Queen begins to see a changing world through new eyes and joyfully reclaims her humanity.

Victoria & Abdul is a visually stunning movie – from the costumes to the beautiful set locations. Filming took place in India, Florence (Italy), Windsor Castle (England) & Scotland. Although some of the scenes took place in the rain, you can’t help but marvel at the breathtaking landscape of the Scottish Highlands! 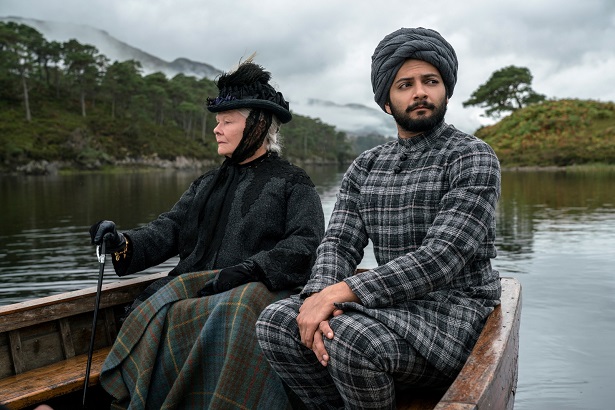 The movie is filled with humor & heart with regal performances by Judy Dench & newcomer Ali Fazal. As I watched Queen Victoria onscreen, one word came to mind – curmudgeon. Having to constantly “put on a royal show” & attend countless functions has sucked all of the joy out of her life. The one person that has piqued her interest is Abdul. In Abdul, she finds someone who is happy & content, despite his modest upbringing. He relishes in teaching the Queen about Indian history & eventually, at her request, Abdul begins to teach her the Indian language of Urdu. 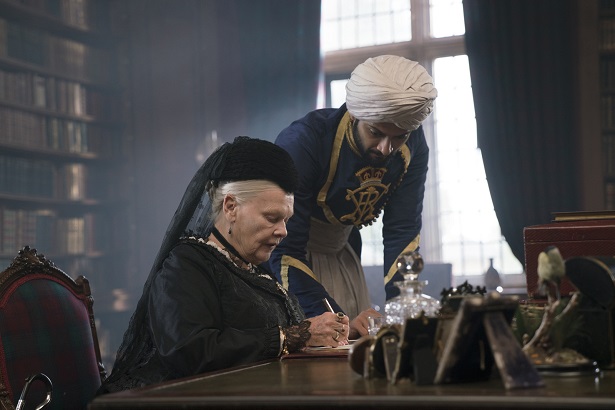 From the movie, you get the sense that the Queen’s relationship with Abdul is the only bright spot in her lonely life. Consequently it made me think about the heavy responsibility of wearing the royal crown. 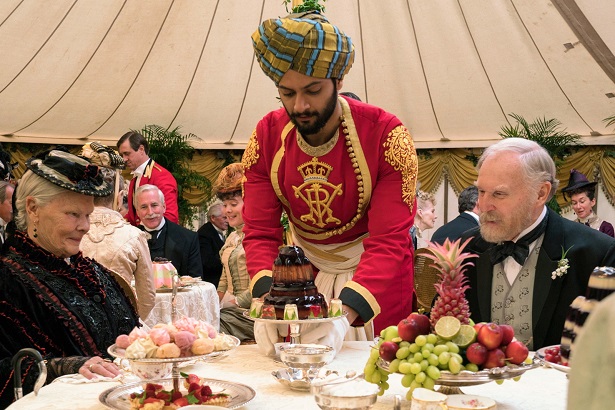 The film depicts the sadness that Queen Victoria felt in her inability to truly trust her “loyal” subjects, staff, & even family members. The more that her inner-circle tried to pull her Munshi (the nickname she gives Abdul, which means “teacher”) away, the more she leaned on him for comfort, love & respect. 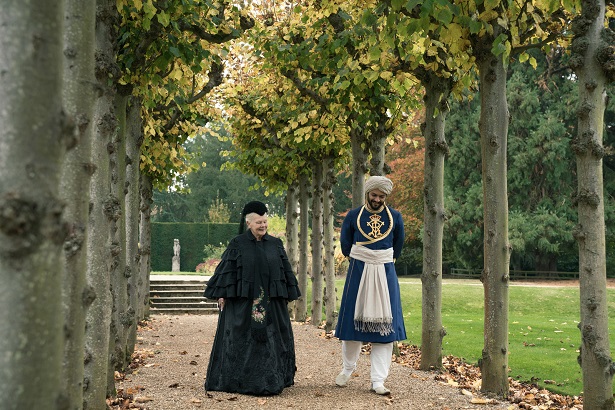 Oftentimes the witty banter between Queen Victoria & Abdul made me laugh, but in other scenes, the tenderness brought a tear to my eye. Ms. Dench is completely believable playing the queen at the end of her reign. Ali Fazal is perfectly cast as Abdul. There is such an authenticity in his portrayal of Abdul. Also the chemistry between the Judy Dench & Ali Fazal is very convincing.

When I met Ali Fazal, I asked him if he had heard about the story while growing up in India or if he read the book that was published in 2010, which the movie is based on. Ali replied, “No, unfortunately, no. I knew that there was something about an Indian man & Queen Victoria but it’s all been brushed aside by both [cultures]. It’s unfortunate; I should have grown up learning about this in my history books.”

During the movie junket, I had learned that the book was written by Shrabani Basu & that the author uncovered the friendship between Queen Victoria & Abdul while researching a completely different book on the history of curry. It was during a visit to Balmoral (the Queen’s castle) in 2006, that Shrabani stumbled across Karim Cottage, the house that Victoria had built for Abdul. During her visit, Shrabani discovered several books written in Urdu by Queen Victoria. These journals, once translated, revealed a deep friendship between the unlikely pair.

Remember when I mentioned earlier that the film is “based on real events…mostly” – well that’s because some of the events & people that were portrayed were amplified or heightened for dramatic purposes. However the details & factual information running throughout the movie is very much based on the book by Shrabani Basu, which was drawn from the Queen’s journals.

Overall, I found the movie entertaining, humorous & bittersweet. Although the ending is not much of a surprise (the film focuses on the last 15 years of the Queen’s life, so you can see where I’m going with it), I still found myself caught up in the emotion of it all. Much like Ali Fazal, I think it’s unfortunate that more people don’t know about the friendship of Queen Victoria & Abdul. Hopefully this movie will change that!

I asked Ali what he hoped people took away from the movie, he responded “I hope they take love & something positive [from it]. The fact that two people from opposite sides of the spectrum, come in & are able to talk to each other.” I wholeheartedly agree with him, especially in times like these. The movie gives us hope that you can bridge the divide between two people of wildly different economic backgrounds, cultures & religions. To quote Ali Fazal, “Let’s hope for progress.”

Thanks Focus Features for inviting me to take part in this media event!