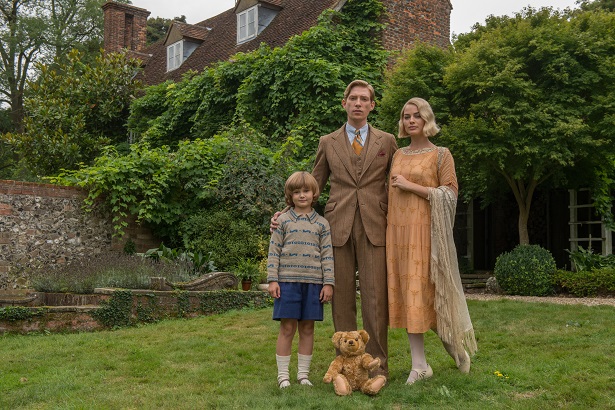 GOODBYE CHRISTOPHER ROBIN gives a rare glimpse into the relationship between beloved children’s author A. A. Milne (Domhnall Gleeson) and his son Christopher Robin (Will TIlston), whose toys inspired the magical world of Winnie-the-Pooh. Along with his mother Daphne (Margot Robbie), and his nanny Olive (Kelly Macdonald), Christopher Robin and his family are swept up in the international success of the books; the enchanting tales bringing hope and comfort to England after the First World War. But with the eyes of the world on Christopher Robin, what will the cost be to the family?

“Goodbye Christopher Robin” introduces us to A.A. Milne & his wife Daphne. We learn that A.A. Milne (played by Domhnall Gleeson) had served in the British Army during World War I. After he is discharged from the military, he returns home to London a changed man. He tries to continue his life of a playwright & as a new father yet is plagued by the horrible reminders of what he saw in the war. While the rest of his social circle, including his wife, continues to move forward in a “business as usual” fashion, A.A. Milne realizes that he needs to move out of the city in order to find peace.

The film shows Daphne Milne (Margot Robbie) to be a complex character. Out of love & loyalty, she moves to the countryside with her husband, young son & Olive, their nanny. Slow paced living is not what Daphne signed up for & she yearns to go back to her socialite life of London parties. 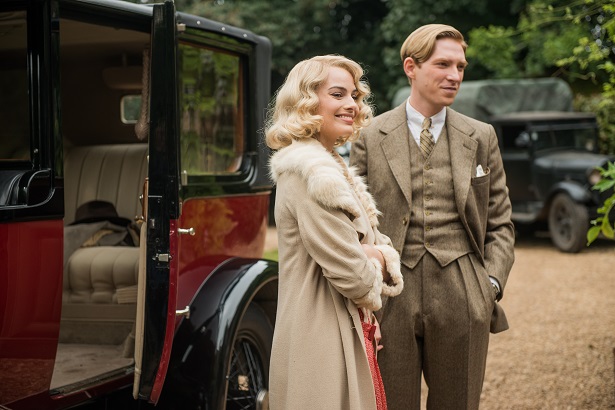 After much back & forth discussion with her husband, Daphne returns to London in what we think is going to be a short trip but actually turns into several weeks. At the same time, Olive (as played by Kelly Macdonald), has to leave her work post to deal with some family issues. Without a nanny, mother or even a housekeeper, young Billy Moon (aka Christopher Robin) is left alone with his father for some much needed bonding time. 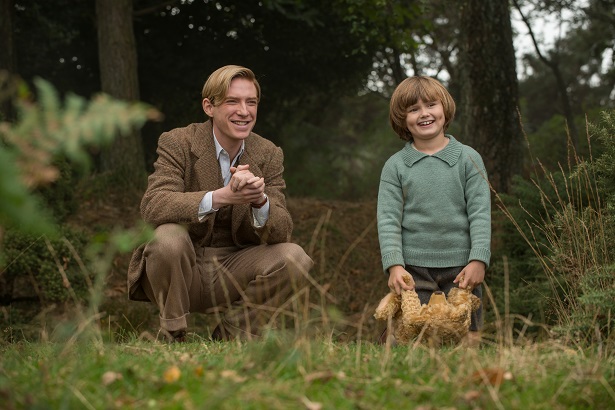 It’s during this time period that A.A. Milne begins to write short stories about Winnie-the-Pooh for his son, whom the family affectionately calls Billy Moon. So as not to confuse people, Milne decides to call the young boy in the book “Christopher Robin” which is Billy’s given name. However once the book is published & becomes wildly successful, Billy Moon comes to realize that his private life is now becoming public, as everyone in England clamors to get to know the “real Christopher Robin.” 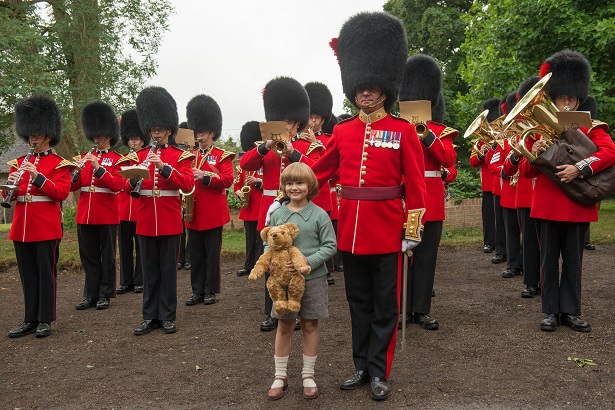 The movie is bittersweet & explores themes about love, family & fame at the expense of childhood privacy (or lack thereof). The characters in the movie are complicated people. It would be easy to describe Daphne Milne as a cold mother, as A.A. Milne as a traumatized war vet (there are instances in the movie that lead you to believe he suffers from PTSD) & Billy Moon (i.e. Christopher Robin) as a lonely boy. However when you delve deeper into it, you realize they are much more than what they appear on the surface.

Recently I met with the director of the film, Simon Curtis to discuss “Goodbye Christopher Robin” & to learn what drew him to the film project, which was based on a book written by Ann Thwaite. At first glance, the movie portrays both mother & father as hands-off parents. When broached about the subject, Simon Curtis remarked that “You must remember that they were parents in a particular class in a particular time. It was perfectly natural for kids to be handed over to the nanny day one and [sent] off to boarding school [at] age 8.”

When asked what attracted him to the script, Simon Curtis replied, “I’m interested in stories that take you behind the curtain. There are so many themes in this film that are so interesting. It’s more than just Winnie-the-Pooh, it’s about family & it’s about the impact of war.”

Overall I found the movie to be sweet, yet sad at times. It’s a very interesting look at the Milne family & you come away with a richer understanding of Christopher Robin’s Winnie-the-Pooh. When I asked Curtis what’s the takeaway from the movie, he said, “To cherish all the people around you.” I think even Pooh bear would agree to that sentiment. 🙂 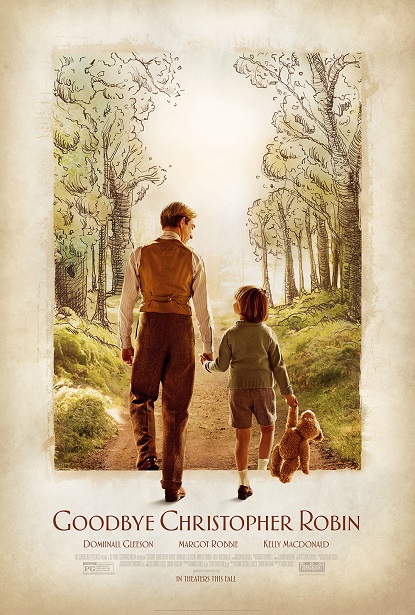 Disclosure: This post was written in partnership with the Role Mommy Writer’s Network. All opinions are 100% my own. Images used with permission from Fox Searchlight Pictures.