Can you believe it has been 9 years since the last Toy Story movie was released in the theater? My daughter was in preschool at the time and we watched it together as a family, tearing up at the end. This week, my kiddo (now a teen), accompanied me to the Toy Story 4 movie screening and it was a like a trip down memory lane!

You’ll recall that at the end of Toy Story 3, Andy gives his toys to little Bonnie. In this latest film, all of the familiar (toy) faces are back and Bonnie, much to her chagrin, is bound for kindergarten.

Woody has always been confident about his place in the world and that his priority is taking care of his kid, whether that’s Andy or Bonnie. But when Bonnie adds a reluctant new toy called “Forky” to her room, a road trip adventure alongside old and new friends will show Woody how big the world can be for a toy.

As you can see from the trailer, Bo Peep has reunited with Woody. In the years that she was separated from the group, Bo Peep really grew into her independence, learning to stand on her own two feet (with the help of her trusty sheep).

Without getting too heavy-handed, the movie explores the themes of loyalty and changing identities. Woody feels conflicted as he watches Bonnie eagerly embracing Forky, while he is tossed aside. Although relegated to playing second (or third) fiddle, Woody is still the same loving and protective toy to Bonnie that he was with Andy.

“What happens when people move on?” is the question the film asks. Better yet, “Who am I in relation to the kid that used to depend on me?” This is something that even I was asking myself, as the credits rolled and I glanced over at my teen daughter. That push-pull in the movie (and in real life) will tug at your heart strings, much like Woody’s voice box string was pulled by a character in the film.

There are plenty of light-hearted moments in the film. Ducky & Bunny (IMHO, the breakout characters of the movie) were scene stealers with their hilarious banter. The two characters were voiced by comedians Key & Peele, which makes me wonder how much of their jokes were improvised. 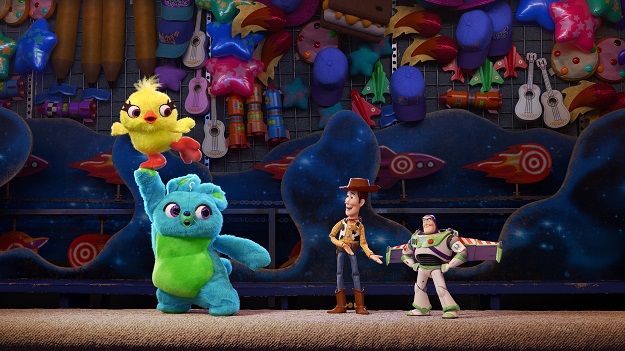 Overall the movie is sweet, funny, and totally engaging! Go see it this weekend and make sure you stay in your seat while the credits are rolling for some funny end credit scenes.

To celebrate the movie’s release, here are some FREE activity pages & coloring sheets for you to download for your family! 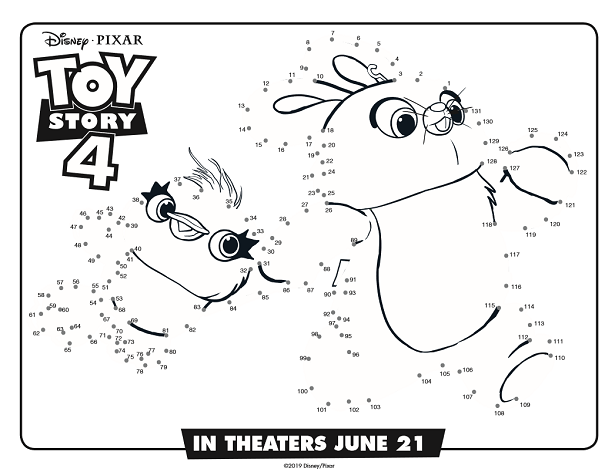 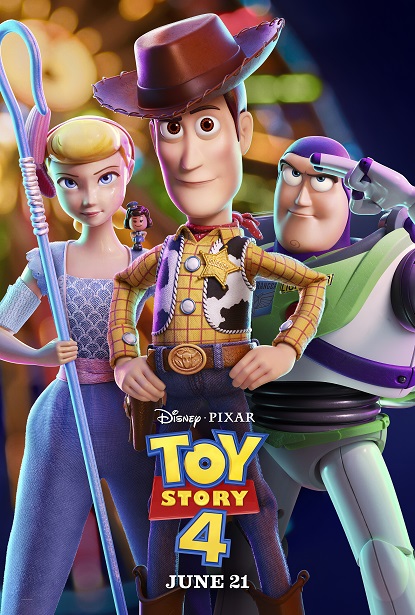 Disclosure: No monetary compensation was received for this post. I attended an advanced screening of the movie which helped facilitate this review. Images used with permission from Disney/Pixar. As always, my opinions are 100% my own.