20th Century Studios’ “Free Guy” opens this Friday, August 13th. Last week, I saw an early screening in Hollywood. I had heard some pretty interesting things about it and let me say, it did not disappoint!

In Twentieth Century Studios’ epic adventure-comedy “Free Guy,” a bank teller who discovers he is actually a background player in an open-world video game, decides to become the hero of his own story…one he rewrites himself. Now in a world where there are no limits, he is determined to be the guy who saves his world his way…before it is too late.

The movie stars Ryan Reynolds, Jodie Comer, Joe Keery, Lil Rel Howery and Taika Waititi. Now I don’t want to give too much away, so this will be a spoiler-free movie review of sorts. Keep scrolling to read my five fun facts about “Free Guy.”

Ryan Reynolds is hilarious. I went into this moving thinking that I would chuckle here and there. However, I was laughing out loud at various lines, much more than I thought I would! There is a scene during the fight sequence with a character named “Dude” that took everyone in the movie theater by surprise. I won’t spoil it, but I know you’re gonna love it!

Taika Waititi is even funnier. I know that I am not alone in thinking that Waititi steals a lot of the scenes that he is in. His character, Antwan, is the greedy, egomaniacal owner of the video game company Soonami. The way that Antwan treats his employees is hysterical, as long as you are not on the receiving end of his abusive missives. 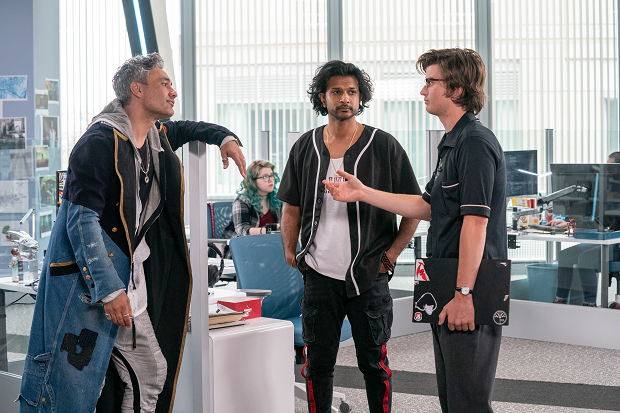 You don’t need to be a gamer to understand it. A little bit of video game experience does help, but it’s not necessary. Case in point, I brought my dad with me to the screening. I have a rudimentary knowledge of the gaming industry and my dad knows basically nothing about it. My dad enjoyed the movie and got the gist of the main plot. 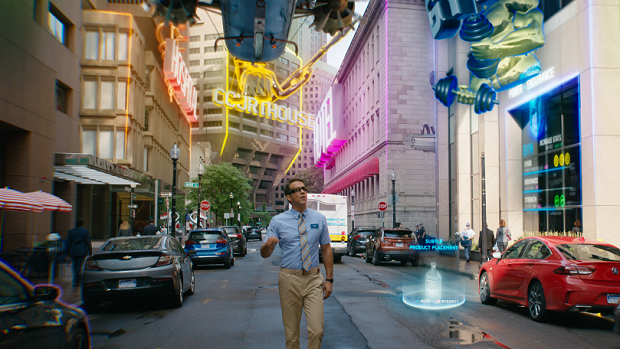 The movie skewers the gaming community! Not since Apple TV Plus’ sitcom, “Mythic Quest: Raven’s Banquet” have I seen such a funny take on the gaming industry regarding issues like development crunch, sexism, work-life balance and fan toxicity. 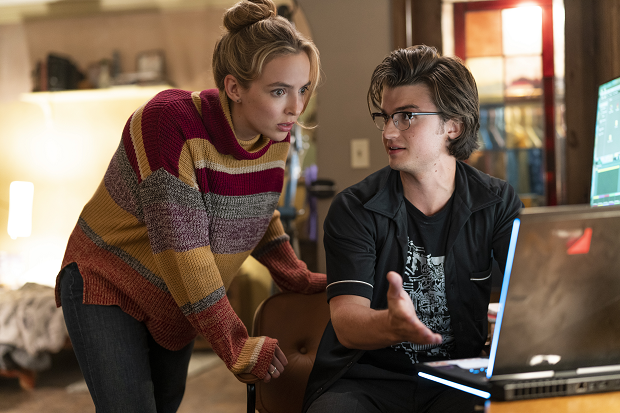 Jodie Comer fans are gonna love seeing this side of her! Most people know Comer from her TV series “Killing Eve.” In “Free Guy” you see all sides of her character: quirky, feisty, vulnerable and strong. As I watched her during the action sequences, I wondered to myself if she has muscle memory when it comes to holding weapons. If you’ve seen “Killing Eve” then you’ll know what I mean! 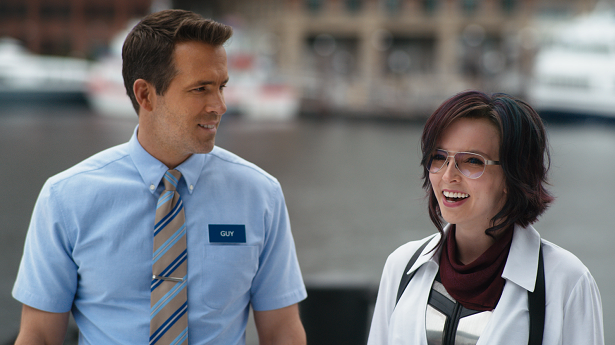 Overall the movie is delightfully funny! Gamers and non-gamers alike will enjoy this film. You won’t be able to stream this movie, as it will be available only in movie theaters. Honestly, if you’re going to leave the comfort of your home, then this is the film to see on a big screen, especially with the special effects and action scenes.

“Free Guy” is PG-13 and opens in U.S. theaters August 13, 2021.
Visit the official “Free Guy” website here for more information.
Check out the “Free Guy” Facebook page to get the latest updates.

Disclosure: No monetary compensation was received for this post. I attended an advanced screening of the movie which helped facilitate this review. Images used with permission from 20th Century Studios. As always, my opinions are 100% my own.