It was last night when I read the article in The Daily News about the closing of ConfeXion Cupcakes. This bakery is the first retail store at The Village at Westfield Topanga to close. After I posted the article on my Facebook page, I immediately received comments from people. As of this afternoon, I am still getting a lot of comments & shares, which prompted me to draft this blog post about The Village. 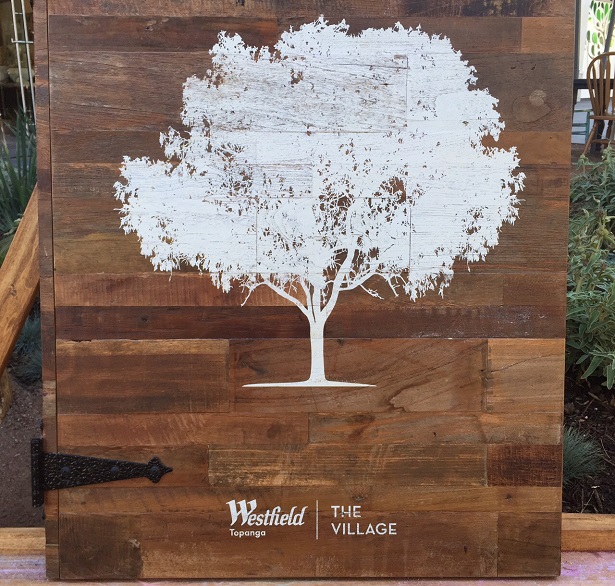 Personally I really enjoy hanging out at The Village! Aside from the parking issue, which I’ll address later on, there is actually lots of cool places to eat at, great places to get your fitness on (24 Hour Fitness, YogaWorks, Athleta), specialty stores like REI & Sur La Table, plus unique “community touches” like that climbing structure for little kids, a lending library & even a bocce ball court (although truth be told, I’ve seen people playing with it only twice). 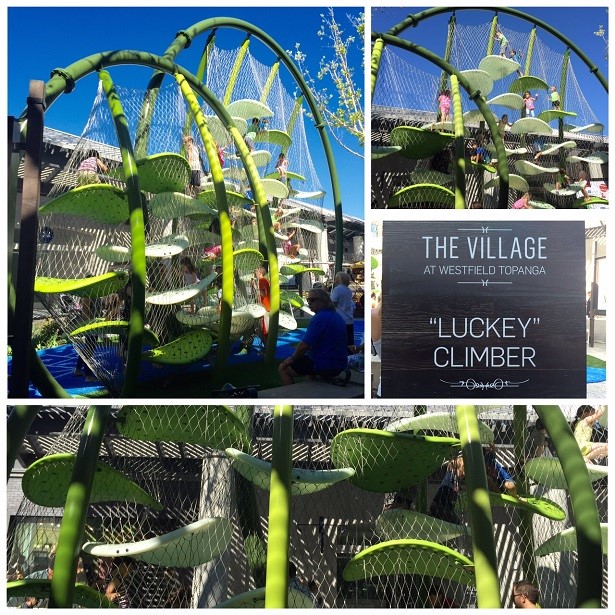 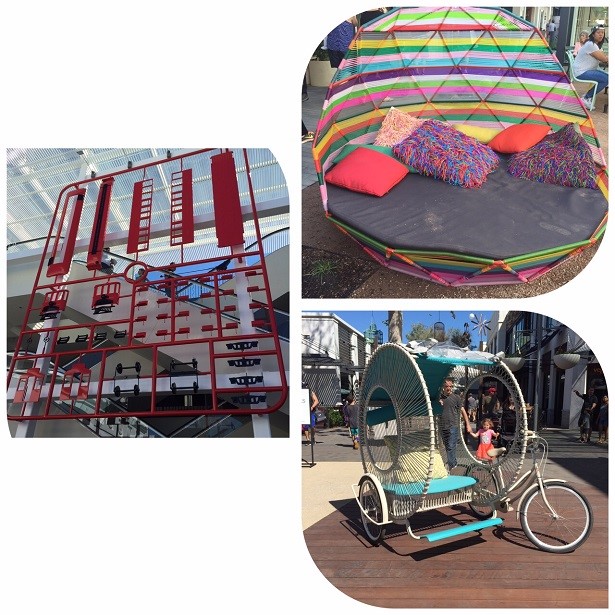 The key phrase here is “hanging out” which is something that The Village People (i.e. Westfield) really need to understand. If you are going to institute a parking policy where you charge customers in the Valley, then you need to be aware of the backlash. This is a shopping mall in Woodland Hills for crying out loud, not The Grove where parking is a premium in the mid-city area, nor is this the Santa Monica Place, where again you have to pay for parking all over that city! If I want to hang out, shop, take a yoga class or get my “spa on” at Burke Williams then I don’t want to have pay for parking in the mall parking structure.

I know that there are ways around it (a free trolley from the nearby Topanga Plaza or perhaps park at the nearby Promenade & then walk over), but honestly if I am carting around my family (thank goodness my kiddo isn’t in a stroller anymore) or if the El Nino strikes & it is raining, then I don’t want to have to do either option. I’ll just park (for free) at the nearby indoor mall that houses Nordstrom & Target & happily shop over there.

If you compare the Burke Williams that is over at the Sherman Oaks Galleria, then you are familiar with having to pay for parking at that mall. However that particular mall is at the corner of Ventura & Sepulveda Blvds. We all know that in that part of the Valley, people frequently have to pay for lot or street parking because of busy Ventura Blvd. Furthermore, all of the retail stores at the Galleria will gladly validate your parking ticket, as well as the Arclight, restaurants & other places of business (like the BW spa). This is not the case over at The Village.

When I met a friend for window shopping at The Village, she asked a clothing store to validate her parking. They wouldn’t (or rather couldn’t) because at that time the mall folks hadn’t given that particular store their “validation machine.” I’m not sure if things have changed now since it has been about 6 weeks but still, if you are going to make a pay parking policy, then you should make it as easy as The Grove where you just walk into the Nordstrom shoe department & get your ticket stamped without having to buy anything. Better yet…just scrap the entire policy like they did at the Tarzana shopping mall that houses the Whole Foods & my favorite cycle studio, Beatbike. Yes, you see at one point that mall had free parking & then decided to charge customers to park once the fancy condos where developed. Once the gates went down & pay machines went up, it was a giant fiasco. People were super annoyed. Then after roughly 4-6 weeks, it was taken down completely.

That is exactly what they need to do to pump some life into The Village. Once you take out the parking hassles, then The Village peeps need to create some good will with the community at large. Some things they could do: reach out to the community beyond the weekly farmer’s market, host seasonal community gatherings during holiday time (snowfall at winter, Fall festivals around Halloween, etc.), sponsor a pet adoption day in conjunction with that pet store, maybe host Mommy & Me groups or Kids Clubs like they do at The Americana – the ideas are endless.

I really love shopping & eating at The Village. You can read the various foodie reviews that I’ve done on places at this mall. They also have some cool concept stores like Fleurish & DAVIDsTEA! 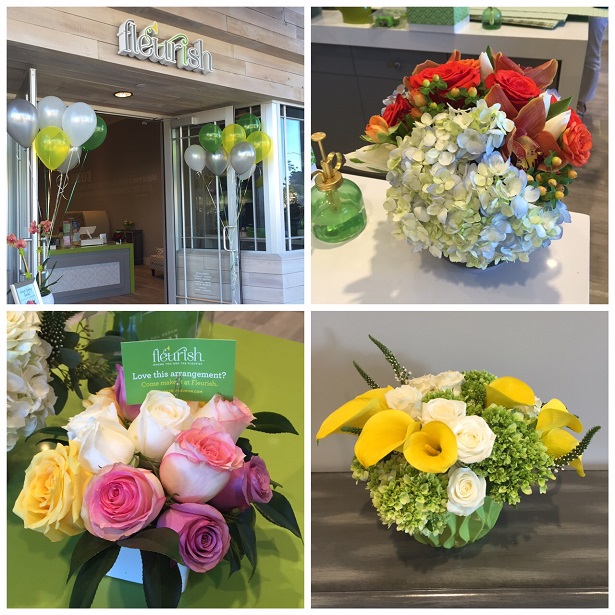 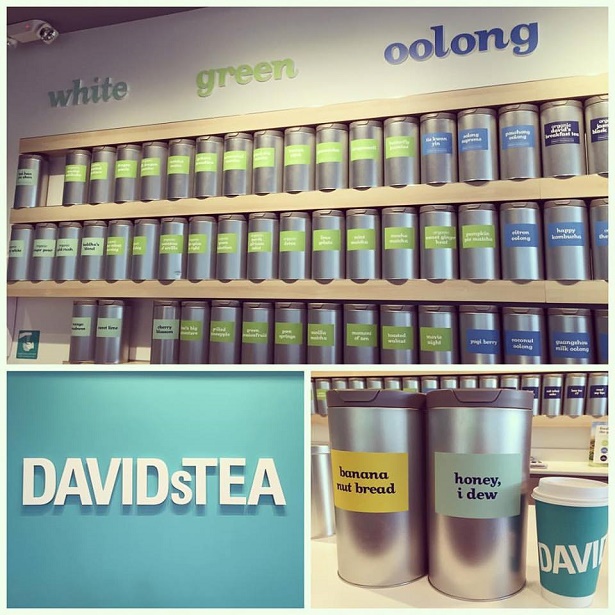 Granted, this mall isn’t for every customer. One of the comments that I kept reading on Facebook (on my page & elsewhere) is that the stores are random. I like to use the word “eclectic” because where else in the world are you going to see a Costco in the same vicinity as a Jonathan Adler store?! 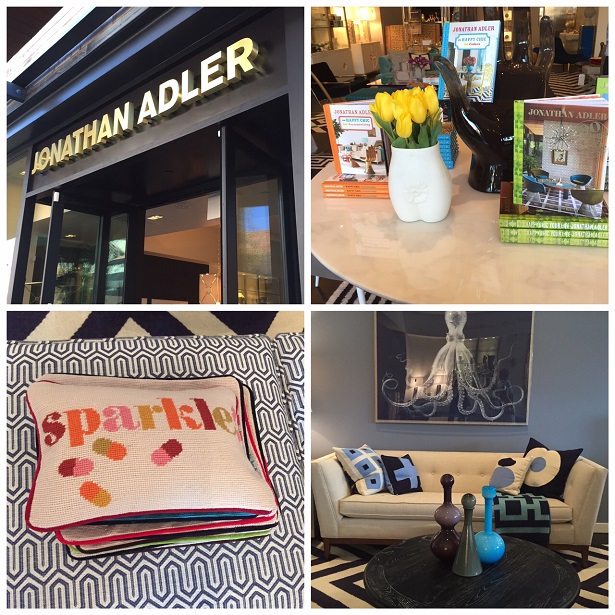 Also, if the same chain stores that are at Topanga were inside The Village, then there wouldn’t be any need to go to it. I know that my daughter only likes to go to one store at this mall & that is Sloan’s because of their ice cream. However I like the bougie stores at The Village because that means I don’t have to go over the hill to the Westside! That’s just me though… 🙂

In closing, there are a lot of redeemable & fun factors about The Village. I just wish more people could take advantage of it! One way they can help turn it around is if the powers that be were to shut down the paid parking requirement.

Have you been to this mall? If so, what is your favorite store? Is paying for parking an issue or is this mall just not for you? I’d love to read your comments below…let’s just keep it classy & not too negative, ok? Thanks!

Disclosure: No monetary compensation was received for this post. The opinions expressed in this blog post are 100% my own. All photo images are mine.