Ron’s Gone Wrong is a sweet movie about a cute and well-meaning robot who is gifted to Barney, a young boy, who is sometimes picked on at school. Ron the robot was broken during a mishap and still technically works, but is often misguided in his attempts to help Barney. 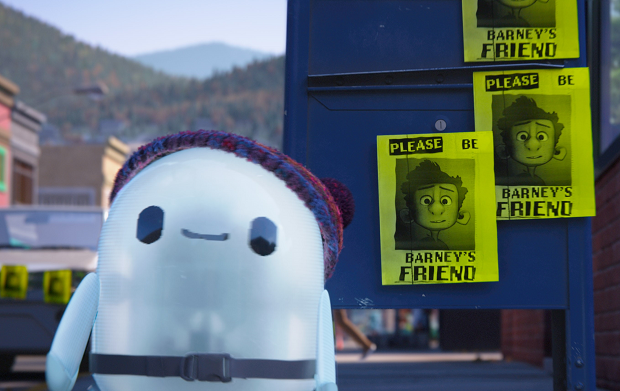 When the movie first opens, we see young Barney pining over his classmates B*Bot. Sadly he doesn’t have one. The film reminded me a lot of when my daughter started middle school and a lot of her classmates had cell phones. Those who had iPhones were somehow deemed cooler than those with Androids and even then, if you didn’t have the latest version, well that’s just criminal! 😉 But I digress…

Things go hilariously awry when Barney, a socially awkward middle-schooler, receives a malfunctioning, digitally connected device that’s supposed to be his “best friend out of the box.” In this action-packed animated story set against the backdrop of the social media age, a boy and his robot discover the wonderful messiness of true friendship.

The film has some interesting twists and turns. There’s a subplot involving Barney and his best friend, who at one point becomes his frenemy. In the latter part of the movie, the plot revolves around a struggle at Bubble HQ, between the robots’ inventor and his coworker. Was the robot created simply to entertain kids and help them connect with others or is it a tool for Bubble HQ to serve up ads to kids and sell them products? (Yes, Facebook and Instagram, I’m looking at you, lol!) 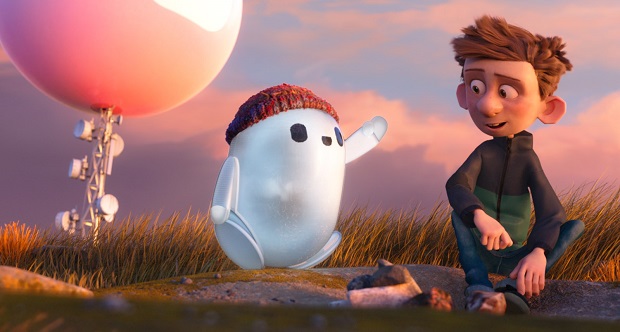 The film brings up some interesting points about consumerism and our reliance on tech gadgets and social media platforms. As someone who works in the social media space, I’m conscious of how my daughter uses certain devices and try to limit her use of social media. Although that is challenging because it is a little bit of “do as I say, not as I do.”

Overall the movie is entertaining and funny! Sure it has a message behind it, but I didn’t feel it was that heavy-handed that it would turn kids off. If anything it provides a teachable moment for families to have a frank discussion about our devices. 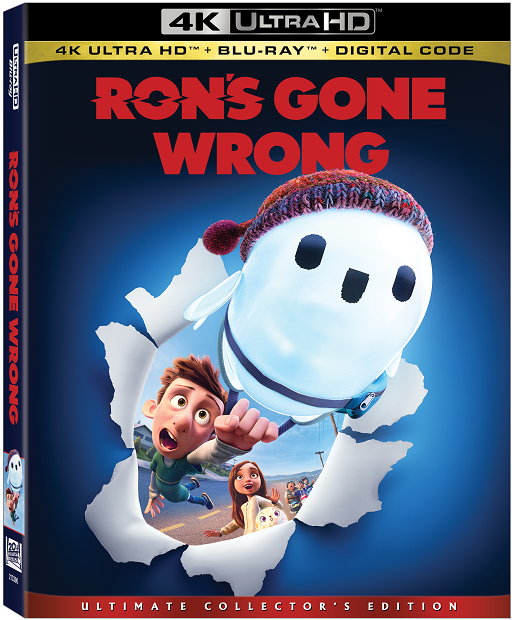 Thanks 20th Century Studios for sending me a digital copy of the movie so that I could review it for my readers!

Disclosure: No monetary compensation was received for this post. I was provided a digital screening of the movie which helped facilitate this review. Images used with permission from 20th Century Studios. All images and opinions are my own unless otherwise noted.